New Audio Technology, well-know for its market-leading immersive audio production tools is proud to announce the free upgrade of the Spatial Audio Designer and the Spatial Sound Card.

The new version of the Spatial Audio Designer comes with a massive set of new functions. Of course, the new version 2.5 works on macOS Catalina and is already prepared for Big Sur as well. Also, the user interface was improved for perfectly and quickly access of main and secondary functions. 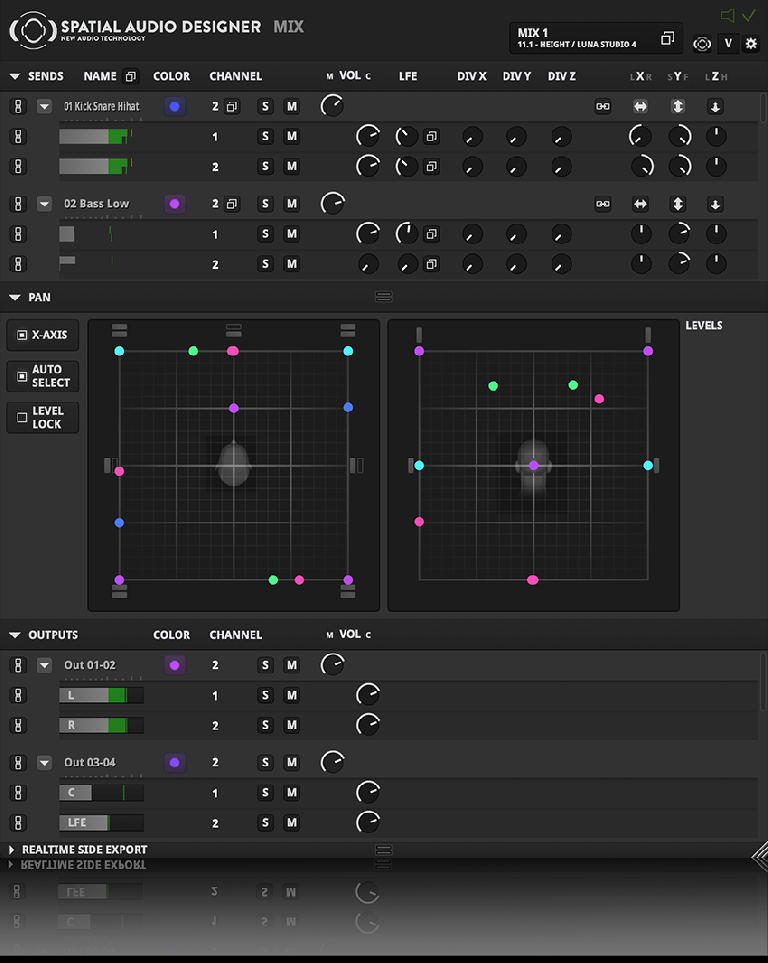 The Realtime Side Export of the Spatial Audio Designer is also powerfully enhanced. This pure object-based export function allows right after the export or later a discrete and individual offline rendering to different master formats like stereo, 5.1 or 7.1.4. Just one export process is required to create any desired discrete render master. This function will certainly save a lot of time in postproduction workflows. And as always, this works in stereo only workstations too. Besides that, the new Spatial Audio Designer 2.5 allows now, the creation of custom channel formats which is mandatory for industry applications.

Furthermore, a major problem in immersive audio production is solved. The new Spatial Audio Designer now features a complete format-agnostic output monitoring. Output channels can discretely or in groups be muted, soloed, calibrated and each channel has an individual metering.

Additionally, the new Spatial Audio Designer is equipped with an OSC interface. It can receive and send OSC data. For the first time, the Spatial Audio Designer connects the world of industrial applications like live consoles, controller, tracker and spatial audio renderers with the advantage of a luxury DAW automation, also connected to the audio objects of the DAW production.

Finally, the output channel amount was extended to 330 and there are many more features waiting to be explored by any licensed user and for free.

The new 2.5 version of the Spatial Sound Card got a remarkable set of new and helpful features. Of course, the version runs on Catalina and is ready for Big Sur as well. Discrete in- and output metering per channel as well as for the master enhances the overview essentially. The user can instantly spot any available input signal and its level. 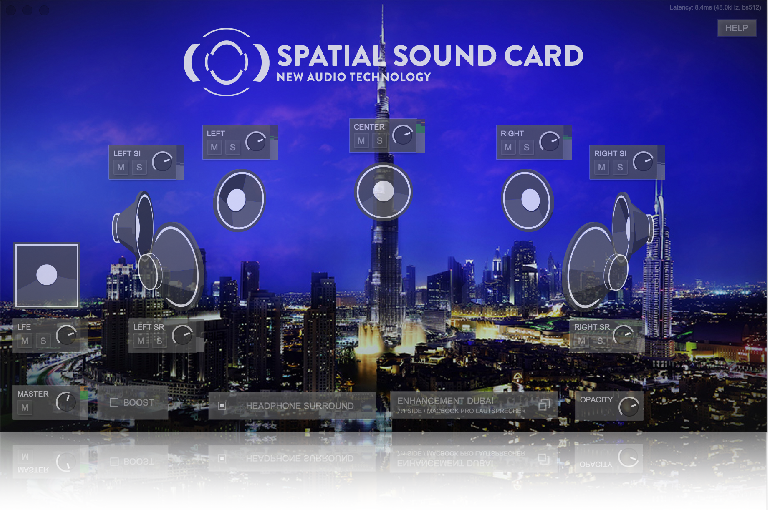 Besides a very helpful boost for low input signals, an opacity adjustment allows the user to adjust the look of the controls on the graphical interface. The interface descriptions can now be switched to 17 different languages.

Another new and very useful function is an individual 7.1 input routing which the user can save and recall. 7.1 works with different configurations and some players as well as contents can deliver the channels in a manner, that you can surprisingly hear the center channel from behind. The individual routing enables now to correct any mismatch and perfect surround production and entertainment can begin.

Furthermore, the list of headphone compensations was extended by some well-known manufacturers. This feature of the Spatial Sound Card does not eliminate the sonic colorization of a headphone completely, but it balances the transmitted frequency range. The basic sonic character of every headphone should be preserved because that's what the user decided for. The user should simply hear a balanced reproduction of bass, mids, and treble with the sonic character of the headphones he loves. The upgrade is available now for every license owner and for free.