Language
The Reflex Universal Expression Controller from Source Audio is a fully programmable, all-in-one expression pedal. It can send 3 CV signals, MIDI CC and 6 LFO wave shapes. More in the video below.

Woburn, MA - Source Audio has released the Reflex Universal Expression Controller. The Reflex is an extremely versatile and programmable expression pedal that allows users to simultaneously send up to three standard expression or CV signals, MIDI continuous controller messages, as well as six LFO wave shapes. "We have spent the last ten years studying how artists use expression pedals," says Source Audio president, Roger Smith. "About two years ago we dreamed up the concept for Reflex: the most powerful and flexible expression pedal system ever conceived.  Whether you are playing guitar, bass, keyboards, or computer-based music, Reflex serves up a dramatic new world of analog and digital control possibilities." 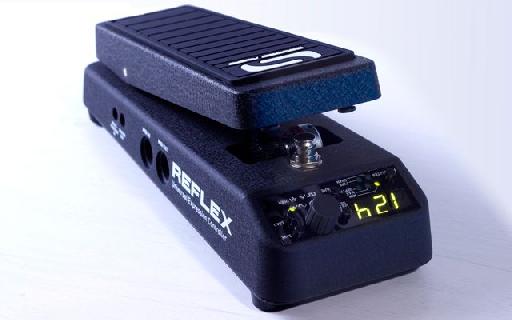 The Reflex has three standard Â¼" expression jacks with a separate set of DIP switches for each, allowing users to select individual plug configurations or CV (Control Voltage) output mode to accommodate any effects pedal that has an expression input. Reflex also includes a MIDI 5-pin DIN connector for sending MIDI CC messages and a USB port that allows the pedal to be used as a class compliant USB-MIDI device with any digital audio software.

Front and center is the Reflex's powerful and easy-to-use control panel. The controls allow users to program which outputs are active, the depth and direction of the expression signal, and the curve of the tapers. It's also possible to assign one of the pedal's six LFO wave shapes with expression control over LFO depth, speed, or beat division. The Reflex can save up to 128 pedal configurations, recallable via the onboard controls or external MIDI program change messages. 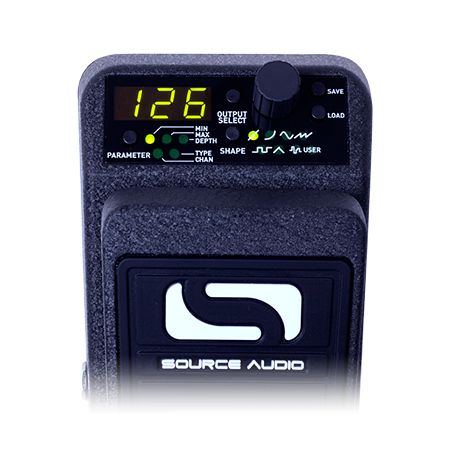 "The lack of a standard in expression pedals has been a source of frustration for many of our customers over the years," says Jesse Remignanti, Source Audio's CTO. "Our experience with Hot Hand expression control [Source Audio's Hot Hand 3 Universal Wireless Effects Controller] has been refined over multiple product generations to the point where we've created a flexible and powerful approach to interfacing digital controllers with analog expression inputs.  Incorporating a wide variety of options, waveforms, and direct MIDI output, REFLEX is the holy grail of expression pedals."