Language
American DJ/producer duo The Chainsmokers have been taking the music world by storm. We break down their hit, Roses, and show you how to re-create the rhythmic pad and beat in Propellerhead Reason.

The Chainsmokers have scored an amazing hit with the tight, and simple "Roses". I love the open arrangement and the clever use of synths. It leaves plenty of room for the voice to soar above, while still having a lot of meat in the middle. In this tutorial, I’m going to show you how to build a song up, with a similar beat, synths, and overall arrangement, so you can grow some roses of your own. Now, go ahead and set your Tempo to 100 BPM, and let’s get started!

Watch the official video of Roses by The Chainsmokers:

The pad doesn’t just start the song, in "Roses", it’s a major part of the rhythm and groove. Thankfully, it’s easy to make! We’ll start off by creating a Thor, and then setting up the first oscillator as a Multi Osc. Raise the Octave up by 1. (Not Shown) 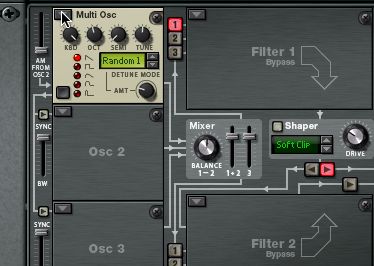 Next, to create the modulation, we’ll assign an LFO to the Amp Gain, within the Modulation Matrix, and crank them amount up, all the way to 100! Now, so that the pad doesn’t take up too much room, let’s go ahead and set up a State Variable Filter on filter number 1, and set it to a band pass mode. Set your cutoff frequency to around 576 Hz.

And, finally, let’s play the part. With my left hand, I’ll just sustain the E key. And then move between G# and F#. It’s a very simple backing part, but it’s very effective. And, of course, it grooves! 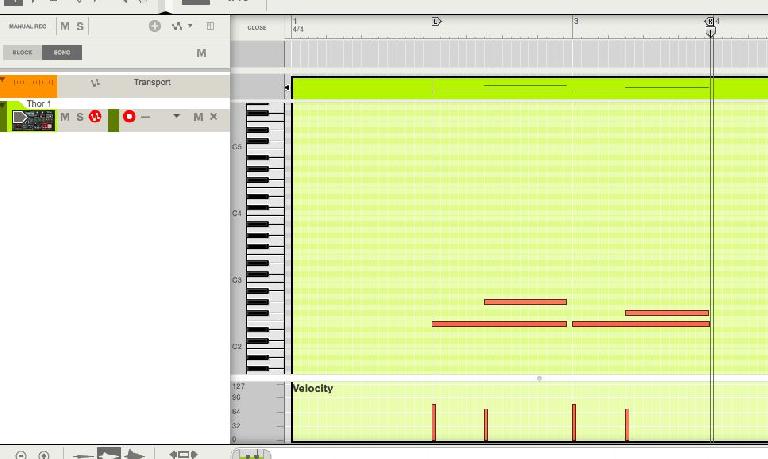 Let’s also go ahead and raise that attack, just a little bit, so the pad doesn’t come in so abrupt. 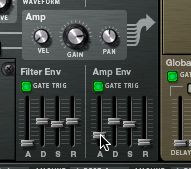 Does it sound exactly like the original? No! But it sits in a very similar frequency range. And you can always customize it more, if the actual original sound is what you are after. Now, let’s take a look at the beat.

Alright, now we need those drums! I’ll create a Kong, and then reset the device so that there are no drum patches of any sort, contained therein. Once created, I’ll navigate to the Kong Patches folder, in the Reason Factory Soundbank, and then go to the Kong Sound and Samples folder. Within the Bass Drum Folder, I’ll drop in Bd_404Loose_BL.wav on to Pad 1. 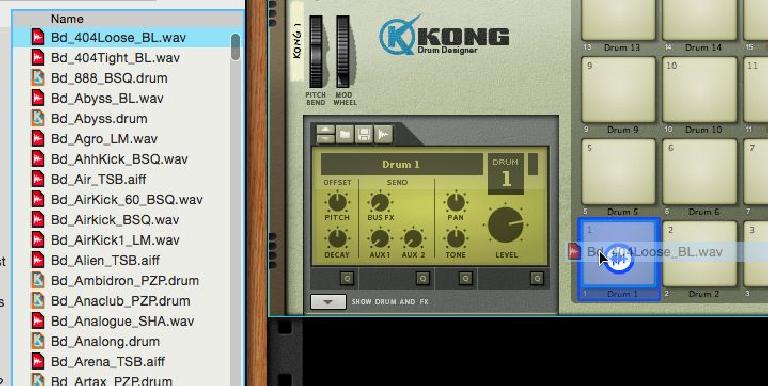 Next, I’ll back out and go to the Percussion folder, within the Kong Sound and Samples folder, and locate the Snaps folder. It’s within this folder that we’ll drop Snp_Snaps2_BSQ.wav on to Drum 2. 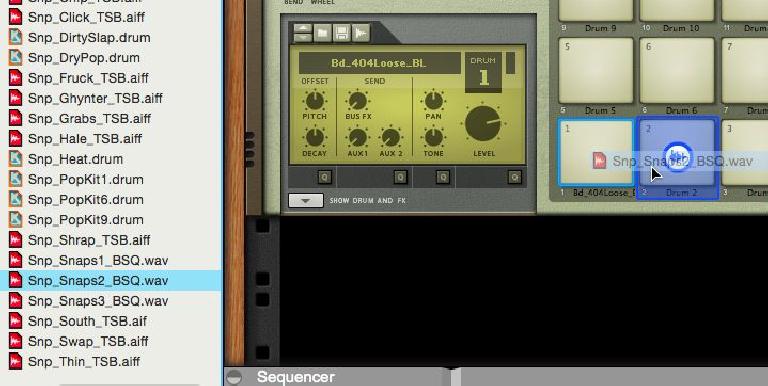 Now we have the basic, necessary components to create the drum beat. I’ll go ahead and program beat in, by playing it on my MIDI controller. It’s just a basic drum beat, with a little extra punch towards the end. 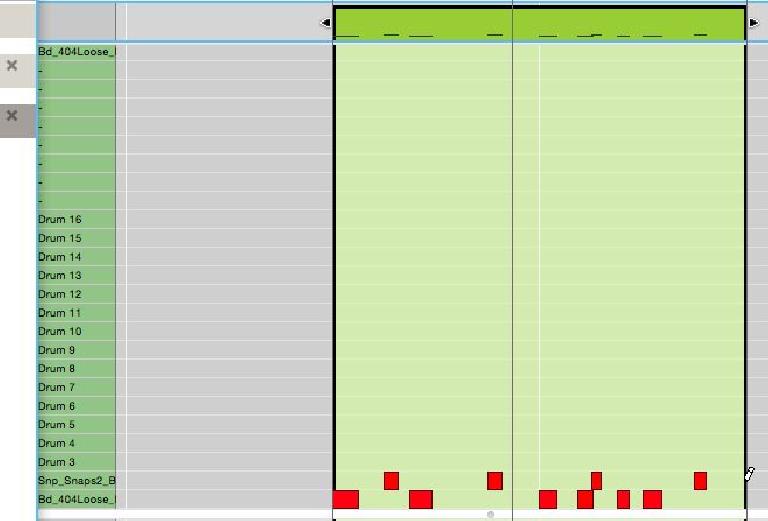 At this point, you might consider just modifying your mix, a little. Maybe pan the pads over, in the mixer, slightly, and lower the pads so that the drums have plenty of room to be heard.

Bass is a huge component of any song. But with Roses, because there’s only pad and drums at the beginning, it makes it seem like the song is finally whole when the bass finally does come in.

Thankfully, the bass synth is really easy to emulate. I’ll create a Subtractor, and then switch the first oscillator over to a Pulse waveform.

Now, I’ll lower the Filter 1 Cutoff to 32. By doing this, I get rid of all of those higher frequencies that might compete with my pad, and the lucky lady I find to sing the song, if I ever perform this as a cover, live.

Okay, now we just need to lay it down in the sequencer. You’ll notice that the bass line is pretty sparse, throughout the song. But, right before the chorus, it sustains a little. For the moment, I’m just going to play the basic part, so that we get an idea.

Finally, for the bass, go ahead and raise the Release up, just a little bit, at around 34. This will keep the bass pluck from cutting out so abruptly, and keep things sounding nice and rounded.

You’ll notice that at a certain part of the song, a very short, snippy female voice sample starts chirping through out the song. This, of course, is a clip from the vocal track, which is added in as a sample to one of the Chainsmokers sampler, in whatever form it may take. While I don’t have the original sample, there is a way to recreate this...

I’ll create the ancient NN-19 sampler, and right-click on its screen so that the Browse Sample option appears. 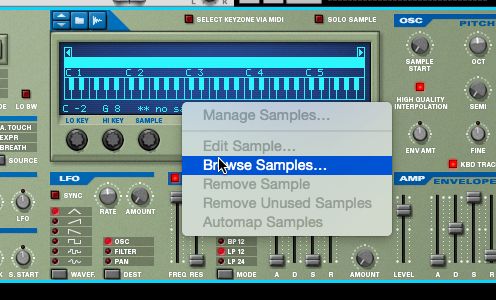 Over to the NN-19 patch folder, where there is a very cool, old voice folder, within. Within this folder, locate the Choir Female Ahh folder, and choose FchAhC2x, within.

You’ll notice that as soon as you hit the key, it will already sound familiar. But a little editing will help. I’ll drop the sustain on the NN-19 down to 0. And, raise the Decay and the Release up to 44. Keep in mind, it’s really easy to drop your own voice sample in there. I would highly suggest this, as it’s going to give the sound more authenticity and hopefully won’t sound as stiff.

But it’s still close. Let’s have a listen...

Now, of course, effects are going to take this assortment of sounds, and rhythms all the way to the next level. But the basic instruments are in place! And, while the sounds aren’t exact, this will give you a good idea as to how to go about making more sounds, like the ones in "Roses", as well as how to play the track, as well.

Breaking down, and trying to recreate songs in Reason is an excellent way to learn about sound design, as well as composition, and mixing, all in one sitting. Just remember to take breaks!

Check out these Reason video courses at Ask.Audio Academy.