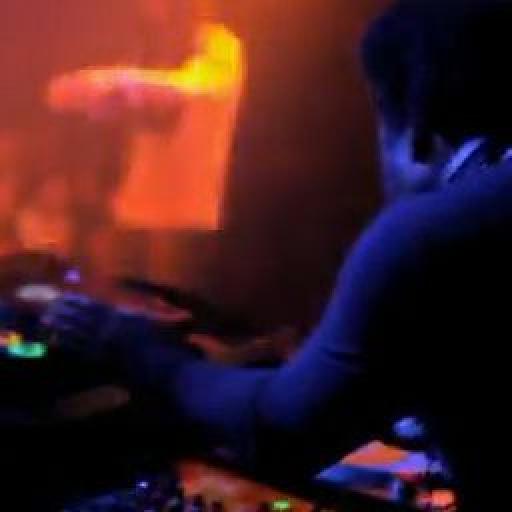 Sound Design: Benga Synth on Katy B On a Mission in Logic Pro

Language
Dubstep is all the rage right now, and one producer that is creating some of the biggest hits is Benga. Gary Hiebner shows how to re-create 'On a Mission' featuring Katy B in Logic Pro.

Take a listen to On a Mission by Benga feat. Katy B.

It has this simple catchy, buzzy lead that works its way all the way through the track. I'll show you how you can create a similar sound with Logic's ES2 and the Logic's plugins. So lets get started!

I have loaded up an ES2 and dialed in the following settings. 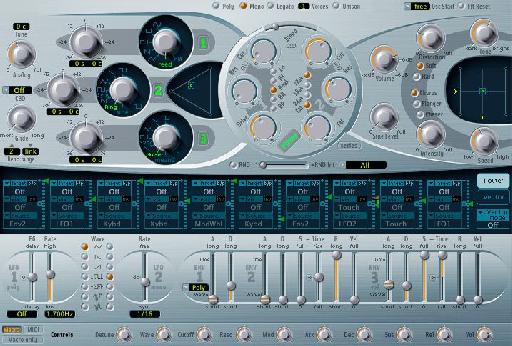 Replicate these settings (click on the image to make it larger)

I have pumped up the Analog dial to dial in some analog-ness to the sound.

The filter section is in series, I have cut the first Cutoff right back, then I have added some drive, and some FM. On the effects there is some slight Chorus, and Distortion.

Here is the pattern I have drawn in on the Piano Roll editor:

I have added a slight groove quantization to the MIDI to give the pattern a bit more feel, so that it doesn't sound so static. Here is what it sounds like (it still sounds a bit rough, but stick around):

If you listen closely to Benga's track you will hear a slight bend/glide between the note changes. To do this I will automate the glide parameter on the ES2. I have opened up the automation view, and before each not I have drawn in a quick increase in the glide, this gives that detune effect before each note comes in.

I have added a Channel EQ, and cut out some of the lows up to 158Hz. There is also a small cut in the 355Hz region. I have added a boost in the 1420Hz region to really make this sound cut through when it is in the mix. 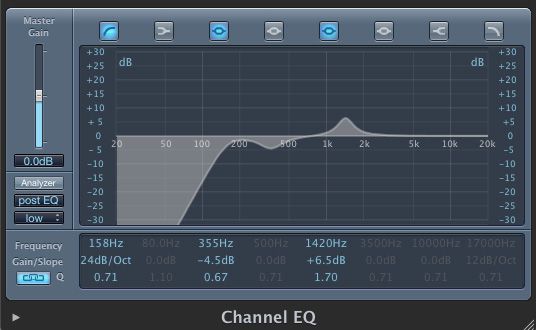 Next up, I have added a Tape Delay with the following settings. 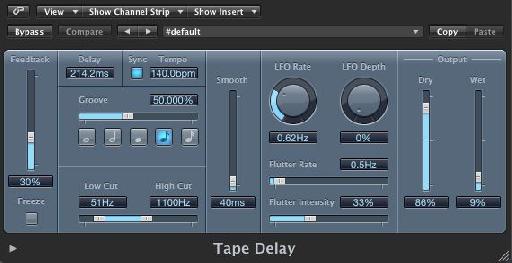 This gives a slight echo to the sound and bounces it around more giving it a bit more groove. With the LFO Rate and Flutter it adds some inconsistencies to the delay that is similar to that of analog delay effects where it introduces some artifacts to the repeated sound.

Next up in the chain is an Overdrive. This is used to warm up the sound a bit more. I have added some Drive and then cut back on the tone to 4200Hz. You will hear that it has a slight warmer tone to it now. 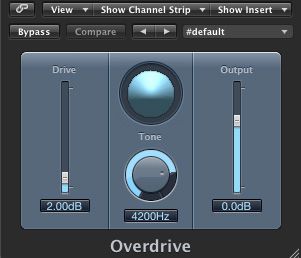 Next is to add that buzziness you hear in the track. To get this I have added a Bitcrusher. I have dropped the resolution down to 12bit, given it a drive of 4.0dB, and then downsampled it by 3x. You will hear the buzz come out in the sound now. 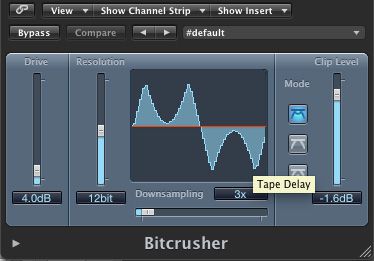 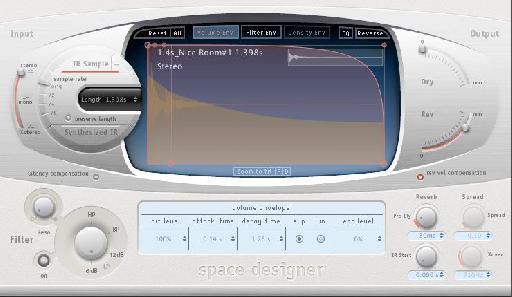 If you listen to Benga's track you will also notice that a lower sounding synth kicks in a bit later in the intro.

I have created an ES2 instrument with a Mixed Sine oscillator, and a bit of Noise oscillation. I have also increased the Sine Level and Distortion on the ES2. Copy the MIDI region from the first ES2 instrument to this ES2 instrument. So this synth is playing the same pattern, but just sits under the previous ES2 to give it more bottom end. 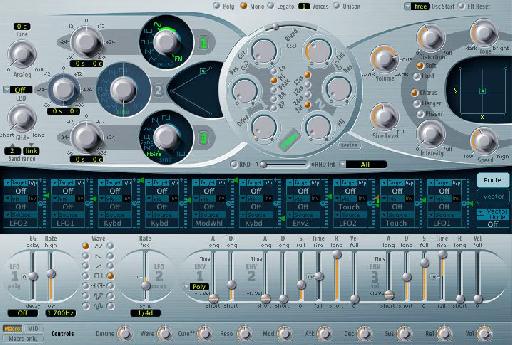 Now let's hear this in the context of a track: I've programmed a typical dubstep beat and combined it with this synth. First our original synth comes in for 4 bars, then the lower synth comes in to complement it, and then the beat comes in. On the last 4 bars I have transposed the higher synth down an octave to give it an even lower feel to the track.

So there you go, your first Benga synth. Now go out there and create some other interesting Dubstep Lead sounds. You will notice that these synth sounds are often very simple. It's the layering technique and the plugins that are applied that allow us to create these true-sounding Dubstep synths.