Sonic Logic Is Another Modular MIDI Controller, This Time For iPad

Language
The concept of the modular MIDI controller may have been around for a long time, but recently two very different visions of controller were announced. And now we've come across a third in Sonic Logic.

The Joué and Specialwaves Mine are two high-profile modular MIDI / music controllers that have recently been announced. Judging by the reaction across the web, modern music producers want a MIDI controller that is modular. A controller that is flexible, that will match your production workflow or favorite plugin.

While the above two hardware modular controllers are both highly innovative in different ways, it’s hard for hardware to beat the pure, instant adaptability that software can offer. Like Sonic Logic 2 for iPad. In this app you can completely alter the layout, types of controls, use touch gestures and connect wirelessly. Sure, you’ll lack the tactile feel of real controls… but we think Sonic Logic’s latest update to 2.0.1 makes this an easy buy if you really are looking for a powerful, modular MIDI controller for iPad.

Here’s what Uri Nachmias told us when he contacted us yesterday about Sonic Logic:

Sonic Logic is a modular MIDI controller that allows you to edit and control MIDI setups from your iPad. Connect over WiFi, Bluetooth(*), USB (*), MIDI cable or use Virtual MIDI to control other iOS apps internally. Control DAWs like: Ableton Live, Logic Pro, Cubase, Protools, Traktor, and other many more. 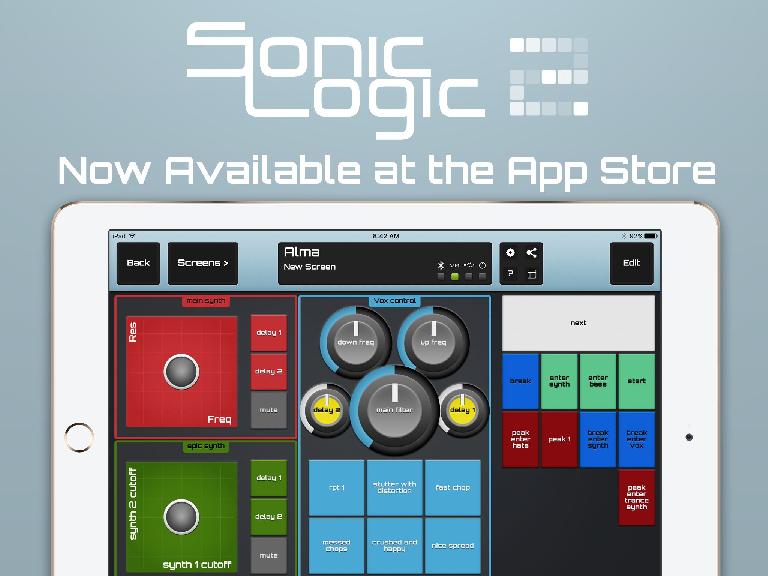 Version 2.0.1 resolves some issues when upgrading from older versions of Sonic Logic Sonic Logic 2.0 is the most comprehensive update Sonic Logic has ever received.

Here's a summary of ten new features in Sonic Logic 2:

Sonic Logic is currently £7.99 GBP and is available via the iTunes App Store.