Linköping, Sweden, August 30th, 2019: If there was a hierarchy of analog studio gear (and let’s face it, there kind of is) it’d be hard to dispute the Chandler Limited® Curve Bender ’s claim to the throne. Among analog mastering grade equalizers , this one’s about as blue-blooded as they come.

With tremendous pedigree, huge yet controlled power, and most importantly, exceptional sound quality, thanks to component-level modelling of the original germanium and inductor circuits , the Curve Bender reigns supreme over the domain of tone-shaping in analog mastering .

This magnificent mastering grade equalizer is based on desk circuits from the world-famous Abbey Road Studios in London, used to create albums of genuinely legendary status, such as Dark Side Of The Moon by Pink Floyd, and Abbey Road by The Beatles. And as with any truly supreme successor to a noble line, it builds on the greatness of its ancestors.

The Curve Bender has more bands (four, compared to the original console’s two), more fixed filter points (a huge fifty-one, up from just nine, chosen and designed in the image of the original circuits by Chandler Limited founder, Wade Goeke), more Q and gain options , and added low and high pass filters , making the unit a mastering powerhouse without sacrificing the exquisite analog sound-flavor which made it a leader. 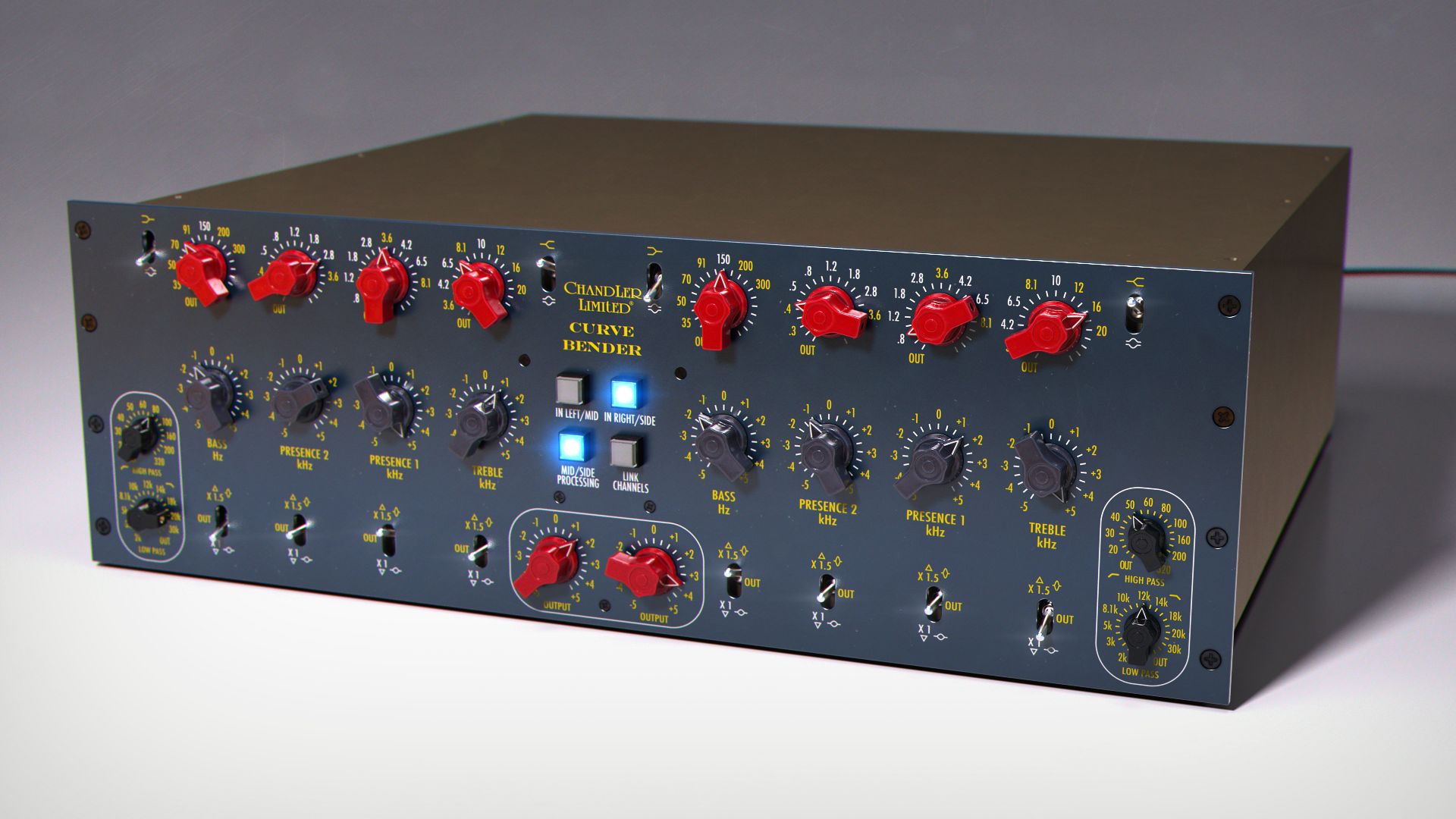 In software form, the Curve Bender plug-in not only allows the user the luxury of using this crown-jewel mastering equalizer in multiple places in the same mix (across instrument groups AND the master bus, for example), but also adds functionality to the original hardware, with Mid/Side processing and channel linking .

The Curve Bender is perfect for gently sculpting the entire mix , with never a hint of harshness despite its endless power. It’s the one true sovereign of analog mastering equalizers.