Softube and Chandler Limited Zener-Bender adds a vintage sound in a modern combo to your mastering palette of plug-ins.

Linköping, Sweden, April 1st, 2020. A powerful and musical modern plug-in channel strip with the unique vintage sound of Chandler Limited®, the Zener-Bender combines the crisp and colorful character of the Curve Bender Mastering Equalizer with the big, punchy Zener Limiter to bring class, history, and most crucially of all, a phenomenal sonic impact. Component-modeled with Softube’s customary care and experience, these units together can take charge of any mix.

Tracing the heritage of the Chandler Limited® Zener-Bender is like discovering an imperial family tree. The roots of the Chandler sound are in EMI consoles, used at Abbey Road from the 60s onwards to record some of the most seminal albums of all time, by the likes of Pink Floyd and The Beatles. And right up to the present day the Curve Bender and Zener Limiter are being used in both hardware and plug-in form by top producers and engineers across records by world-leading artists such as Beyoncé, Lady Gaga, The White Stripes, Foo Fighters, Taylor Swift, and more. The influence of the Chandler Limited® sound cannot be overstated. It shapes the world it rules.

Adding the focused channel strip workflow, as well as modern plug-in features such as External Sidechain, Mid/Side Processing, and Channel Linking, the Zener-Bender is a step into the future for your mixes. Bring the mojo and musicality of the Curve Bender, and the sophisticated authority of the Zener Limiter, to your DAW of choice and hear the improvements.

The individual plug-ins are included with the Zener-Bender, so sessions featuring the Curve Bender or Zener Limiter alone will remain as royally awesome as ever.

Zener Limiter and Zener-Bender For Console 1

In addition to the Zener-Bender, Softube and Chandler are releasing two new products: the Zener Limiter is now available as a standalone plug-in in native format, and Console 1 owners will be able to take advantage of the Zener-Bender’s sound with an exclusive Console 1 version of the strip. 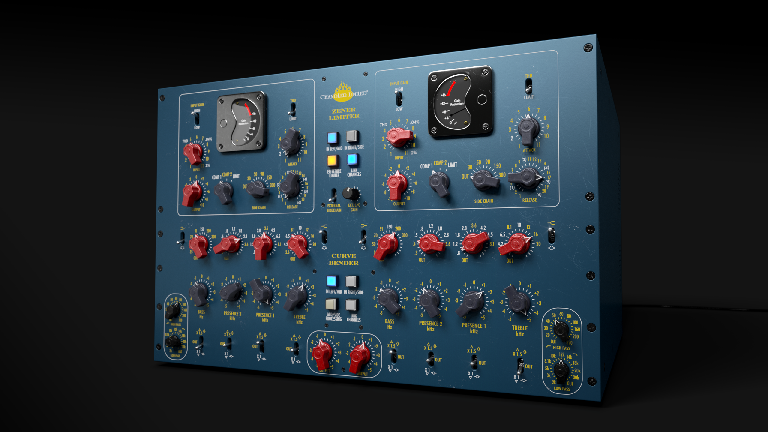