UPDATE: This image is NOT bonafide... it appeared to show the third iteration of Ableton's controller for Live, Push that could be standalone, but the photo is fabricated!
EDITOR'S NOTE: Ableton have been in touch to confirm that the image this article is based on is a fabrication and does not originate from them. As a result this article on a standalone Push 3, which was speculative at best when published, is definitely not real or a rumor worth betting on !

Here is the original article below... HOWEVER, ABLETON HAVE CONFIRMED THIS PHOTO IS NOT REAL, so the article doesn't have specific relevance in terms of there being a standalone Push...

The dust has hardly settled since Native Instruments unveiled Maschine+, their standalone groovebox and controller, and a leaked image shows Ableton's Push 3 that may also surprise us if it turns out to be accurate.

Again, if the image is a bonafide leak, then Push 3 at the very least includes a built-in audio interface... though we suspect, thanks to the inclusion of an SD card slot, it's aiming to do a whole lot more and could be a standalone version of Ableton Live inside the Push 3 controller body. How exciting! On the other hand, this image might be mischief making with some decent Photoshop skills thrown in...!

We chanced upon this "leaked" image promo shot of Ableton Push 3 on Facebook by Chinchin Ray in the Ableton Live Tutorials group. While it only shows the rear of Push 3, this turns out to be even more interesting than a top down shot. Here's why...

Push 2 features a USB port and an Aux 1 and 2 connections. What you'd expect for a USB controller, right, where Ableton Live on a laptop or desktop machine is providing the grunt processing power.

And here is the current Push 2:

Check out our sharpened image of the Push 3 below... 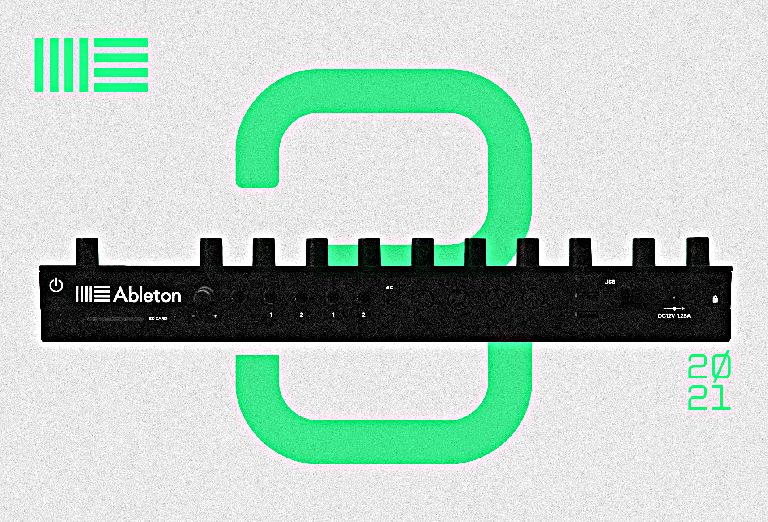 Let's go through the leaked Push 3 image from left to right:

The only other clues or hints in this image are the numbers, 2021... suggesting that Push 3 will be released next year. However, it's very possible that Ableton have decided to annoucne Push 3 early, if indeed it does operate as a standalone groovebox, in a bid to curtail interest in Maschine+ which would sit neatly as a direct competitor.

As with any rumor, it'll take some time before we know what Push 3 really is. Stay tuned to Ask.Audio for more info as and when we get it.

While you wait, why not learn Ableton Live 10... Our video courses will give you a beginner level jumpstart, help you brush up your skils and advance your productions to the next level:

EDITOR'S NOTE: Ableton have been in touch to confirm the image this article is based on is a fabrication and does not originate from them. As a result this article on a standalone Push 3, which was speculative at best when published, is definitely not real or a rumor worth betting on !
Via: Chinchin Ray on Facebook.
Synthesis 101
The Filter
by Bob Moog Foundation

Enkerli
As with Maschine+, people will be quick to point out that it doesn’t have any CV. Unless these are on other sides of the device…