Smart Tempo in Logic Pro X 10.4.2 - Get Perfect Timing Without A Click

Logic Pro X 10.4.2 brings Smart Tempo features to MIDI, freeing you from the click track if you so choose. Here's how to use its different modes to get a more natural performance.

Smart Tempo was a revolutionary feature introduced with Logic Pro X 10.4, but it only worked with audio, not with MIDI parts played with software instruments. Now however in 10.4.2, it works with MIDI too and for me and other composers who like to play freely without a click, this is a game changer.

In the past if I wanted to record for example a piano part freely and then later have a tempo reference to add other instrumental parts, I had to use Logic’s Beat Mapping. It worked perfectly well, but it was sometimes pretty time consuming and tedious and a bit of a mojo killer. There are three different Smart Tempo modes - Keep Project Tempo, Adapt Project Tempo, and Automatic mode.

With Keep Tempo At Start

Although it is early days for me experimenting with these, this is probably the mode I will begin with most often. I will have a one or two bar count in to hear the click for a basic tempo and then play freely.

With a count in of 72 BPM, here I improvised a little bluesy piano part that I will want to add instruments to later.

Now I change the mode to Adapt Tempo, press E to open the MIDI editors and choose the Smart Tempo editor.

Since this was not existing MIDI, Logic tells me that it does not have any tempo, downbeat or signature information, so it needs to analyze this region. I can click Analyze in the Smart Tempo editor to begin the process, but I find it easier to right click on the region and directly choose Apply Region Tempo to Project Tempo.

This brings up the following dialog box to allow me to align the region to the downbeat (and also maintain the relative positions of other regions if I have recored others previously in the project.)

So how well did Logic’s Smart Tempo do? Let’s find out. 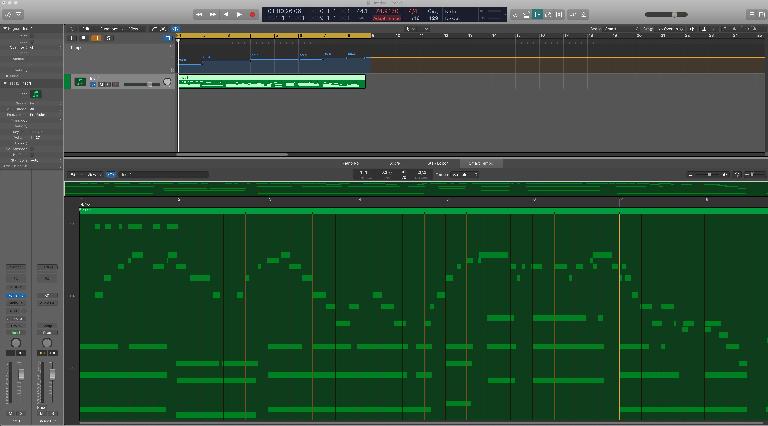 Looks pretty good, doesn’t it. But how does it sound?

But maybe those tempo changes are a little too drastic and perhaps I should not have sped up so much. I am sure that I can change those last four tempo events, but will it sound weird? It shouldn’t because after all it’s just MIDI. Let’s see. It now looks like this: 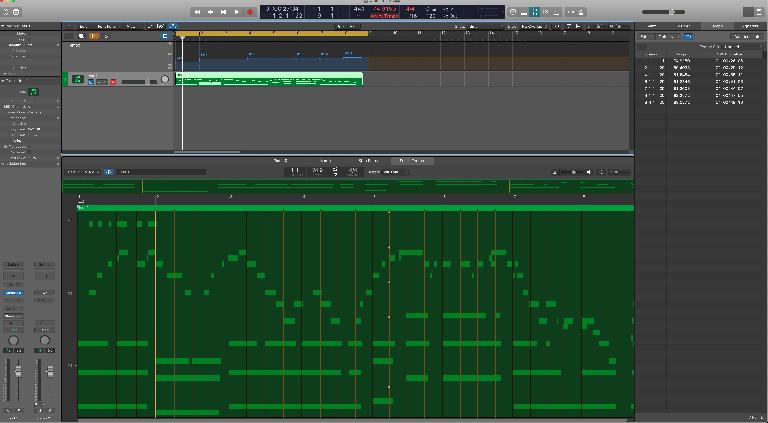 The tempo is exactly correct, but there is a note that doesn’t feel just right - the G3 after  4 3 1 1 -  so in the Piano Roll editor I simply move it a little to the left. Also, the last chord should should been held, so I also fix that in the Piano Roll editor.
I am happy with it now, so it's time to add parts. In this case, upright bass and drums.

VERY IMPORTANT:  I change the tempo mode back to Keep (Project) Tempo. Now listening to the click (or not) I play in the additional parts.
Very cool, I think, but let’s try another workflow.

With Adapt Tempo At Start

This time I set the Smart Tempo mode to Adapt Tempo, play a Fender Rhodes part and record. Logic aligns the downbeat to bar 1 and analyzes the tempo. 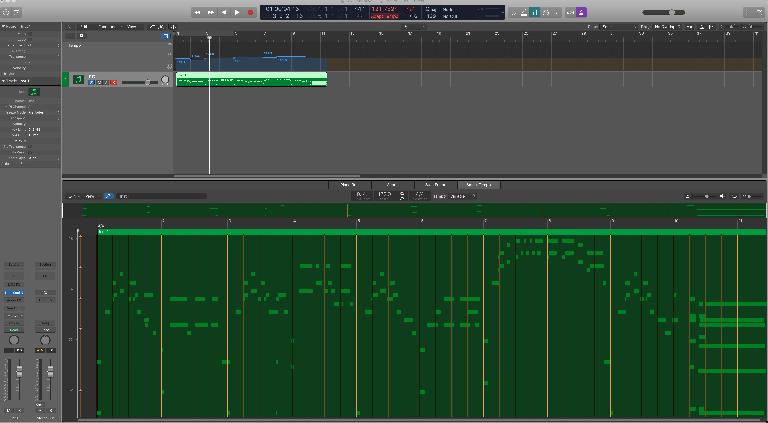 Looks good, but how does it sound?

Again, spot on. Well, that seems easier, so why wouldn’t I always just set it to Adapt Tempo? You could but here’s what you lose.

As you can see, I set my project's recording and metronome settings to give me clicks during a one bar count-in. 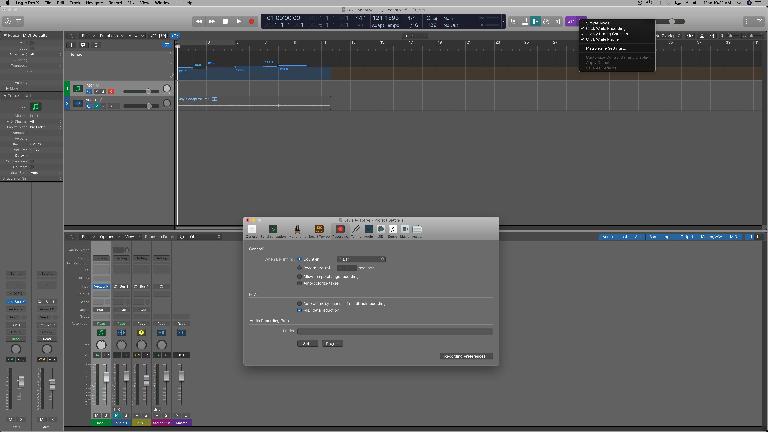 But as soon as I switch to Adapt Tempo mode, it changes those settings. 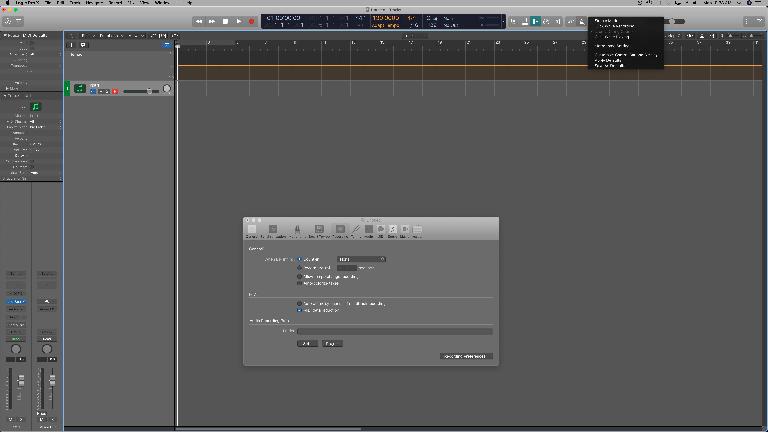 Is that a dealbreaker for you, or should it be? That is of course up to you to decide, but it annoys the crap out of me, so personally I prefer to begin in Keep Tempo mode and then switch to Adapt.

With Auto Tempo At Start

There is a third mode, Automatic mode. I wonder if that will change my metronome and recording settings?

The good news is, no it did not. The bad news is that when I played the part at a faster speed than my count-in tempo, Logic did not analyze it very accurately.

That may be due to the nature of what I played or not, so you may want to test it yourself.

But for me, method 1 - Keep Project Tempo, play in the part, and then Apply Region Tempo two Project - seems likely to be the way I will most often get the behavior and end result I want to achieve.

In previous versions of Logic Pro X.4, Smart Tempo seemed to not work well with meters other than 4/4, 3/4, 2/4, etc. So I decided to test it with 6/8 and see how it did in 10.4.2. The good news is that Logic Pro’s Smart Tempo now does quite well. With my previously mentioned preferred default project settings, I set my tempo to 90 BPM with keep tempo and play in a flute part in 6/8.  I then tell Logic to Apply Region Tempo to Project Tempo and I see that Logic has interpreted the tempos as half of what I want. 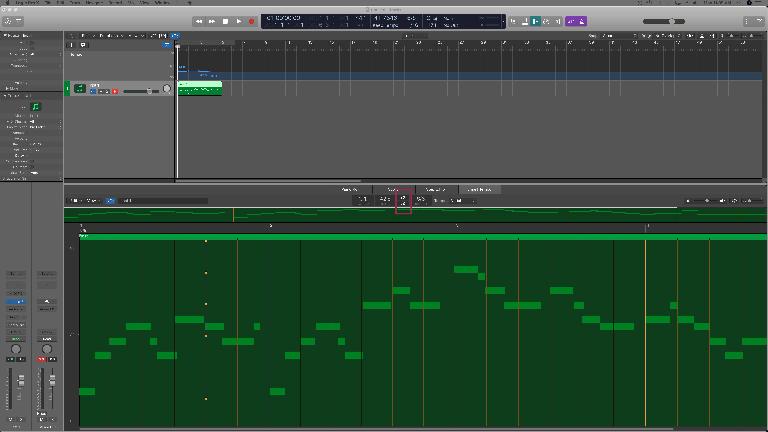 No problem. In the Smart Tempo editor if I click the “x2” you see highlighted above, it doubles the tempo events. 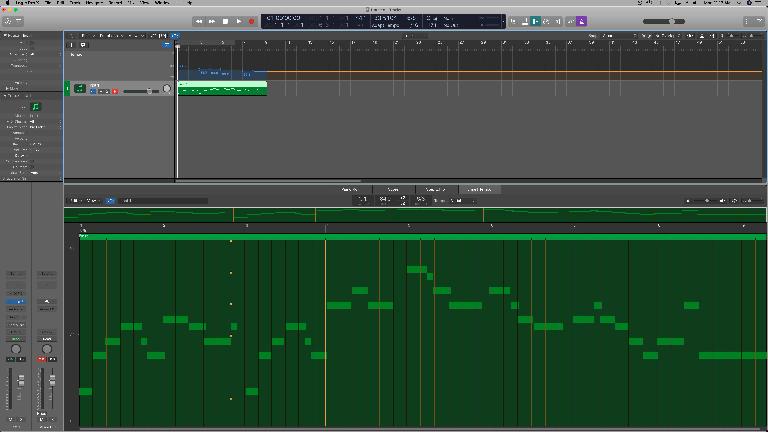 And it sounds absolutely correct!