Six Tips for Unlocking the Power of VST Instruments in Cubase

Language
Cubase is a DAW power users dream machine. In this article, Hollin Jones shares six quick tips to help make you make the most out of the powerful VST plug-ins in Cubase. 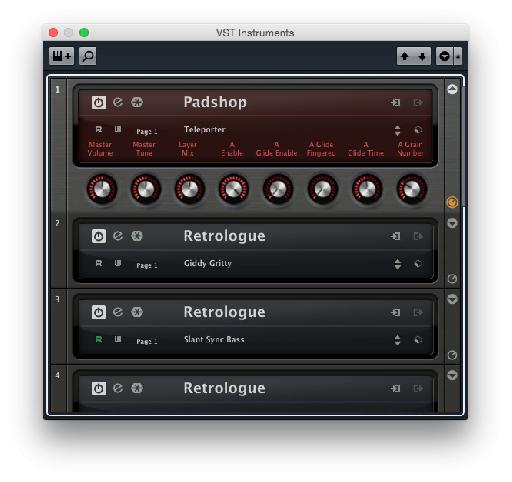 The VST Instrument rack is now much more powerful than in any previous version of Cubase and allows you access to a whole bunch of controls that previously required multiple clicks to access. For any instrument, click on the Select Input arrow button to see range of quick controls that you can use without having to open the instrument's interface. Load any preset using the load button or name field and swap out the instrument for a different one by clicking on the instrument name field to reveal the master instrument list. 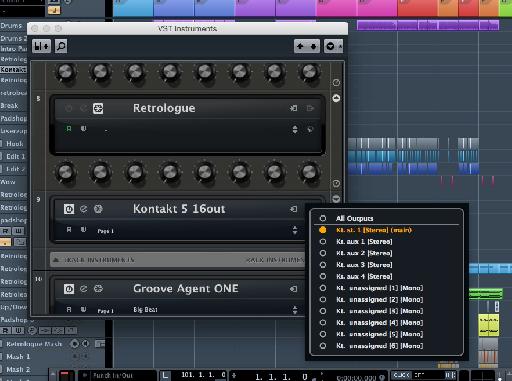 Some VST instruments are able to output more than two channels into the mixer and this is a great way to route more flexibly, perhaps processing different sounds from within a single instrument using separate effects or bussing them out to mix or group them individually for better control. When the Activate Outputs button is shown lit rather than greyed out this means you can click on it and switch on multiple outputs, which will be created in your project and in the mixer. Kontakt is an example of a plug-in that has a multi-out version. 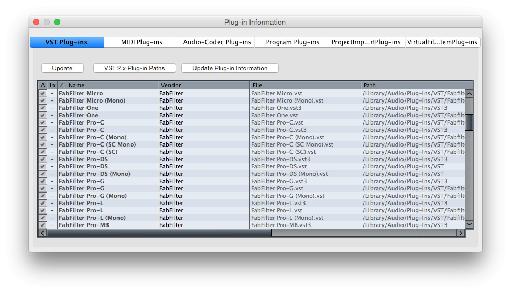 If you go to the Devices menu then choose Plug-in Information you can open a window that lists all installed and compatible plug-ins, both effect and instrument. Here you can deactivate any specific plug-in if you like, if it is perhaps being problematic and you are waiting for a compatibility update to be released. This saves you from having to uninstall it, since Cubase will just ignore it on startup until you re-activate it at some point.

The toolbar at the top of any VSTi window contains some important shortcuts that you should know about. If you click on the arrow at the top right hand corner of a window you can access a contextual menu that lets you set amongst other things output activation, default preset and also load presets, copy instrument settings and toggle between A and B settings. So if you have a couple of variations on a sound, you can store them in A and B slots and flip between them during playback to see what works best. 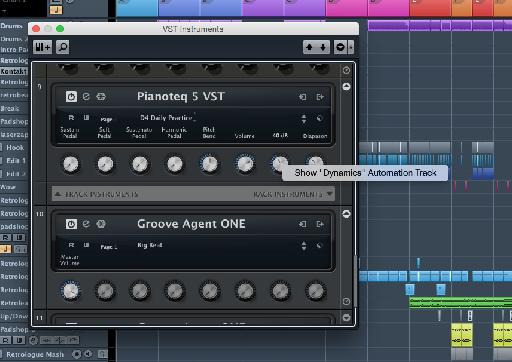 Shortcuts in the VST Instrument window are really useful and these can be cycled through by using the Pages button on any instrument's panel. If you right-click on any of these dials you can also jump straight to the automation lane for that parameter, saving you a lot of time locating it inside the project. 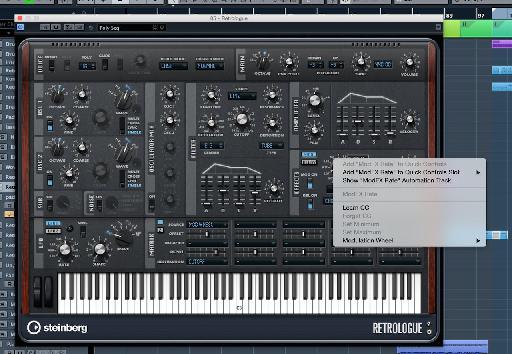 For some of Steinberg's own VST instruments you are able to right-click on their controls to reveal a contextual menu that enables you to perform useful functions. These include adding the parameter to a specific Quick Control slot, learning from an incoming MIDI CC and specifying mod wheel actions. Third-party instruments don't always support these shortcuts though you can set similar actions up using alternative techniques inside Cubase for any VSTi.

Learn more Cubase tips with these videos at AskVide here.