Sinevibes Releases Dipole, A Flanger Effect That Can Cancel Itself Out

Dipole from Sinevibes is a flanger effect that uses the concept of using two tape machines to create positive and negative flanger effects in a high-fidelity plugin.

Dipole by Sinevibes is a through-zero flanger effect. It employs two separate playback timelines for input audio, one of them being able to run earlier or later in time in relation to another - plus a trick feedback loop. And the actual magic happens when you adjust this time difference and go through the zero point. With positive feedback, Dipoleproduces that coveted spectral “swoosh” effect of a jet plane fly-by; and with negative feedback the output warps and eventually cancels itself out. In the old days, such effects were created “offline” using two tape machines - but now Dipole lets you have those charismatic sounds inside your DAW, and with much higher fidelity. 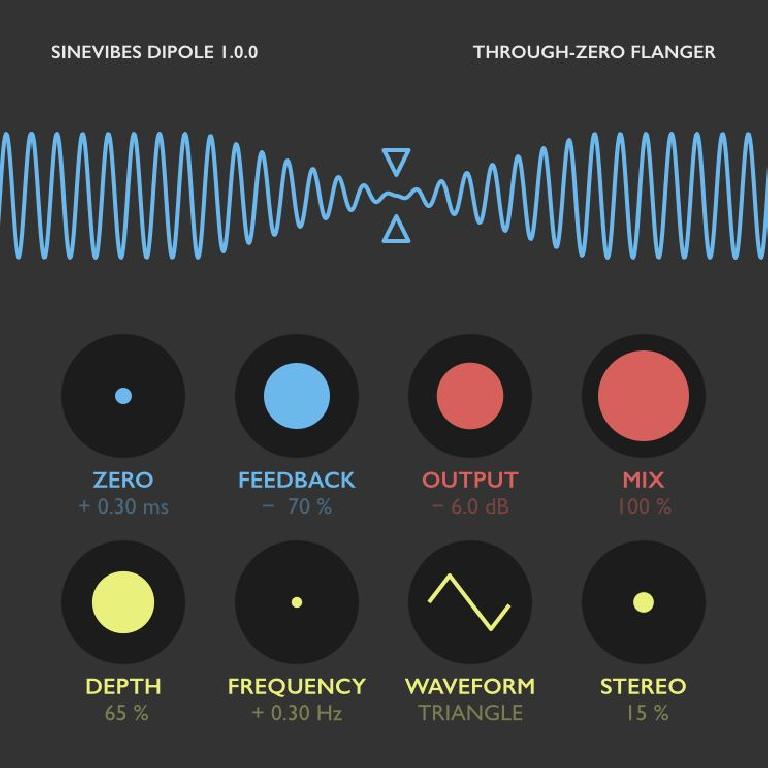