Setting Up Your Musicians' Monitor Mix For Better Recording Sessions

Language
One of the keys to a successful recording session is an optimized monitor mix for the recording musician. With the right balance you could transform an OK tracking session into something special.

In the hustle and bustle of setting up for recording sessions—even simpler sessions, like individual instrument or vocal overdubs—it’s easy for some things to be given short shrift. One of those things is often the performers’ monitor mix, and yet that often-overlooked aspect of the recording process can be key to getting the best performance from players and singers alike. It’s worth taking a look at the process of setting up and fine-tuning the monitor mix—the all-important blend of tracks that the performers will be using as a guide for every note they play. 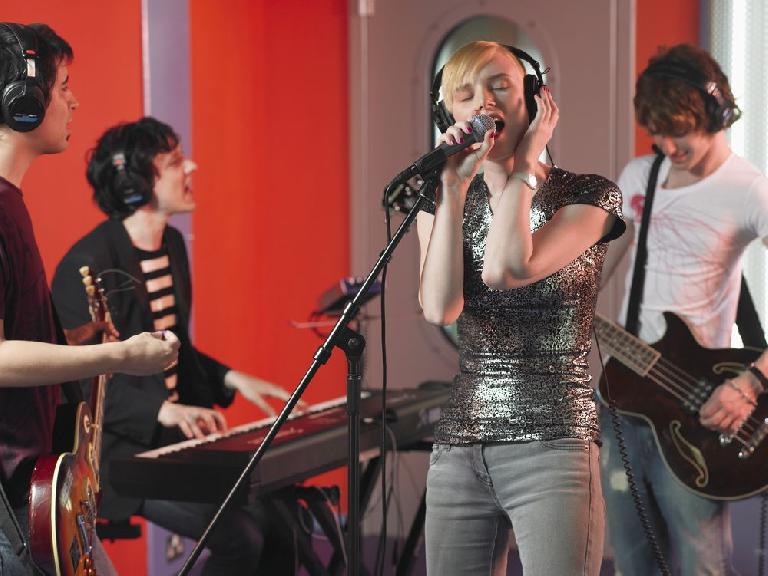 Fig 1 Players using headphone monitor mixes as their audio reference for a recording.

Obviously, the monitor mix needs to provide the performers with a blend of instruments/vocals that will let them hear their own parts in good balance with other instruments/parts. This can be fairly complex in a live multi-track session—remember, with typical studio isolation techniques, what’s heard in the headphones is the only way for the performers to enjoy a proper balance of parts, so setting up to deliver what everyone needs can get fairly involved.

One For All, Or One For Each

What constitutes a “good balance” for the performers is often not what the engineer & producer need to hear during the recording. The engineer will need to focus on the technical side, and the producer on the overall blend of parts. But individual players/singers may need to hear certain elements more than others. For example, a bass player may need to hear the kick drum pumped up a bit in his monitor mix, to help with timekeeping; a singer may need to hear a particular rhythm instrument (piano, guitar) most prominently, to help maintain good pitch; depending on the arrangement, a rhythm guitarist may prefer to hear a lot of bass & drums against his own instrument, or the opposite—very little of his own instrument, so he can react better to other tracks, and slot his part in more appropriately.

Ideally, each player would have his/her own customized monitor mix, but in the real world, that’s often not possible, except in the largest studios—smaller/project rooms may have to be satisfied to provide a single monitor mix (or two), that, hopefully, will work at least reasonably well for everyone. Fortunately (?), most smaller rooms tend to do a lot more piecemeal recording (tracking/overdubbing), where there’s only one performer at a time, so often only a single monitor mix is required.

During the takes, the engineer and producer might need to pull up or solo certain tracks, to check for distortion, noises, pitchiness, or other problems that might ruin the take, and, obviously, this can’t be audible to the performer(s)—the monitor mix will have to be fully independent of the mix heard in the control room.

To achieve this independence, a monitor mix is created from Pre-Fader Sends, which are summed together and routed to a headphone amp which feeds the musicians’ phones (“cans”) in the live room (or whatever recording space is in use). These Sends (one for each channel) split each track’s signal off before it passes through the channel fader (and often before it passes through EQ and effects, as well), so any adjustments made in the control room don’t affect what the performers are hearing in their phones during takes. If it’s an overdub session, then this submix of the live tracks is mixed together with a rough mix of the already-recorded tracks, and it’s all sent out to the performer’s headphones. If you’re providing the monitor mixes via the DAW’s virtual mixer, your interface will need to have either an independent headphone output, or an extra out or two for each monitor mix needed, separate from the main LR outs. 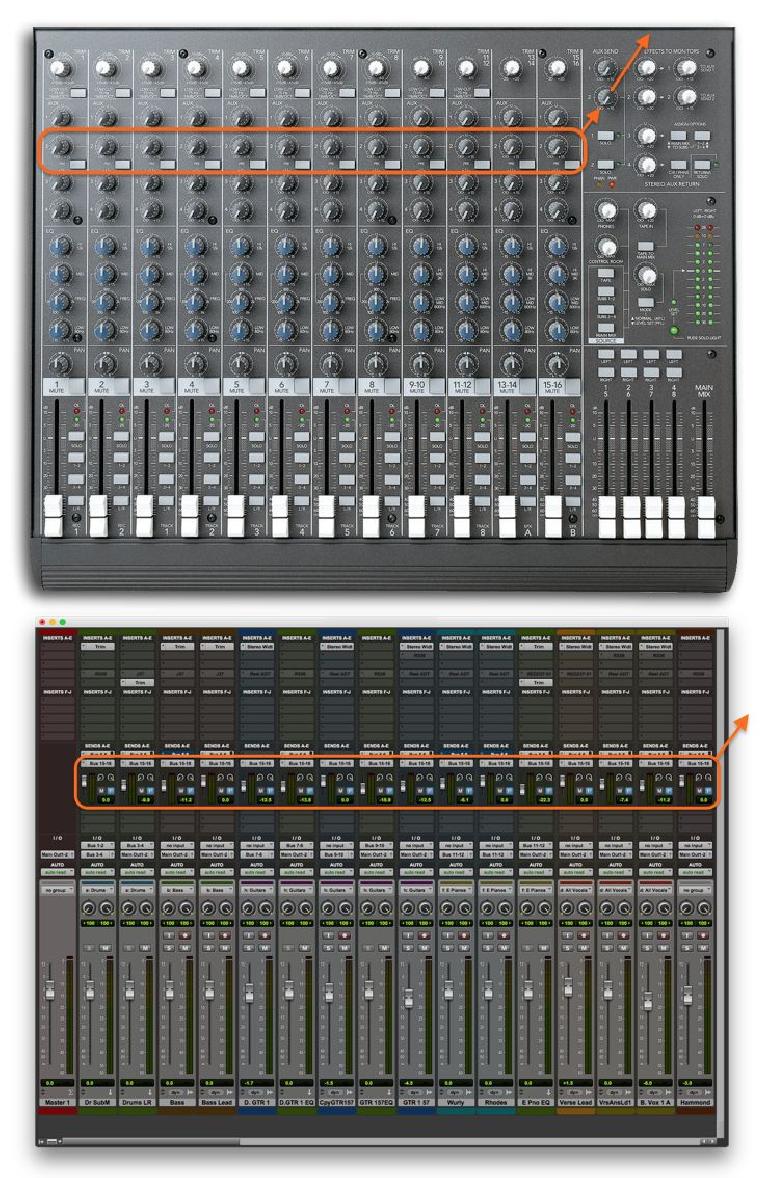 Fig 2 Pre-Fader Sends are used to create a monitor mix: via a small hardware mixer (top); via a DAW’s virtual mixer (bottom).

The blend itself is usually controlled by the engineer, but with larger sessions, responding to players’ frequent requests for changes in the monitor mix can become a bit of a distraction. In fact, that task would ideally be delegated to an assistant engineer, who can focus on keeping the performers happy, while the main engineer focuses on the recording itself.

In today’s digital world, any time there’s live audio being monitored, there’s the potential for Latency issues. Latency, as we know, is the inevitable lag that occurs when signal is passed through digital converters and processing. It can range from a few milliseconds (musically imperceptible) to 15–20 milliseconds or more, which can be enough to distract and interfere with performers’ timing.

This is especially important to consider when providing the monitor mix—if that mix suffers from excessive latency, the performance will likely suffer as well. Potential latency issues can be bypassed (zero-latency) for the live audio signal (the performer himself) by setting up the Pre-Fader Send(s) in an analog mixer, before feeding the signal into the DAW. To simplify this and to eliminate the need for an extra piece of gear, some interfaces have their own “near-zero latency” virtual mixers, which, unlike the ones in the DAW, are designed to minimize latency (1–2 ms at worst). 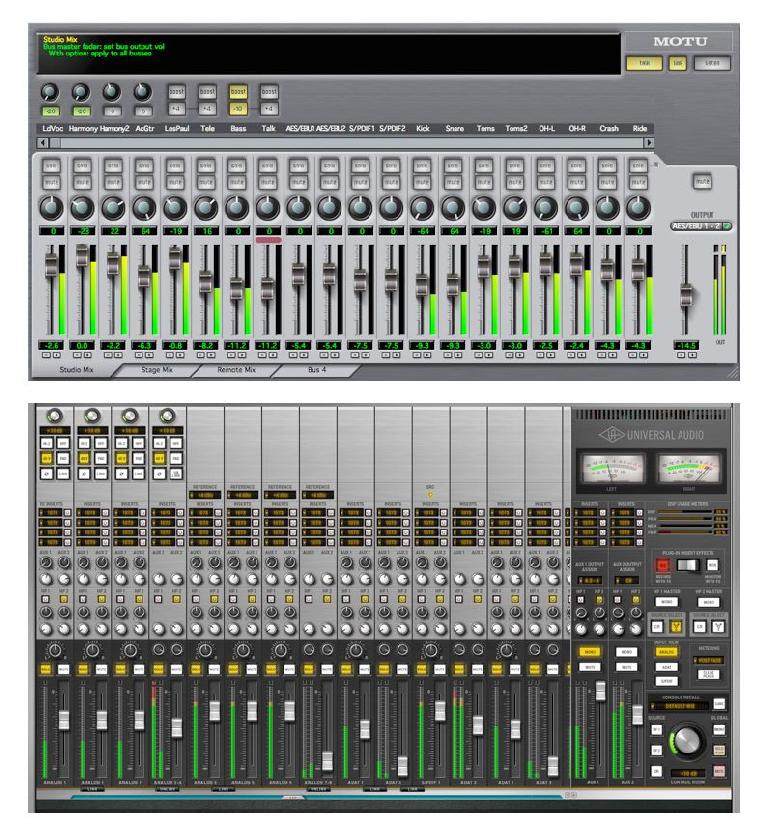 However, if the recording is an overdub, you need to also make sure the already-recorded tracks the performer is singing/playing to are not subject to any distracting latency from plug-in effects. Most DAWs handle this internally these days, but the only way to be sure is to put on the performer’s phones and sing or play a few bars to check it out yourself—this is one of those key steps (that often get forgotten in the hustle & bustle) I mentioned earlier.

Trust Your Own Ears

In fact, verifying the integrity of the  monitor mix yourself should always be on your checklist—even if the mix has been tweaked to the player’s specifications. What a performer prefers may turn out to be at odds with what he/she needs, and it’s up to the engineer/producer to make sure that what they get in the cans is what they really need to perform at their best. Always go out to the live room yourself (or send an experienced trusted assistant) and put the phones on—while you do want to be able to check the monitor mix in the control room itself, checking it there may not reveal leakage issues, or other problems. For example, even when latency is acceptably low from the standpoint of musical timing, even a 2-3 ms (near-zero latency) lag in the phones can be a problem if it’s blending at a more or less equal level with the acoustic wave of that same signal—this can result in a phasey sound, which can impact the performer’s tone (especially with singers!). You may need to isolate the headphone signal better, or switch to an all-analog monitor routing for that live part, but you’ll only realize this if you’re out there in the room experiencing what the performers will be hearing.

Of course, the whole point of the monitor mix is to provide the performer with an optimal blend of their own part against other tracks/instruments (whether live or already-recorded). But this is not always so straightforward as it might seem. Typically, the engineer dials up an independent monitor mix, and then the performer requests tweaks, until it feels comfortable for them. Performers’ preferences may range from the extremes of “more me” (the classic request), to “I want mostly [instrument x] and everything else, including me, way down”. But just because the performer is satisfied, it doesn’t mean that all is well in monitor-mix-land. It’s up the engineer/producer to make sure that the performer is getting what he/she actually needs—here are a few examples.

A singer may prefer herself much louder than the accompaniment, but if she has a tendency to be a little pitch-y, she might not be able to hear the backing tracks well enough to realize she’s out. The engineer needs to subtly increase the level of (some) reference tracks to deal with this, and the producer may need to gently insist on this balance if the singer protests. If a performer is hearing himself too loudly against the backing track, he might end up (unconsciously) holding back; alternatively, if the opposite is true (the backing track is too loud), he may push too hard, resulting in a tone or energy level that doesn’t blend as well as it should musically with the other performances (although sometimes producers do this deliberately to draw out a more intense performance). Either way, the performer can’t really tell as the takes are going down, and may not realize that his preferred mix balance is what needs to be changed to help him do his best.

In another common scenario, a player may want the monitor mix to focus on a certain element (like kick or bass) to help solidify his timing, especially when he has to match the timing of an overdub to a pre-recorded  track. But the producer may notice that the part he’s playing is stepping over another arrangement element, and he doesn’t realize it because he’s asked for those other tracks to be buried in his monitor mix—again, the producer has to gently correct this, without stepping on toes.

The Effects Of FX

Another thing to watch out for in a monitor mix is the use of effects. Performers—singers in particular—often like a fair bit of reverb/ambience on themselves in the mix. And this is definitely called for, especially when the singer is in a mostly dead (vocal) booth—a common scenario in small/project rooms. The artificial reverb supports the voice, and keeps the singer from over-singing—pushing their voice too hard—to compensate for the lack of actual ambient support. 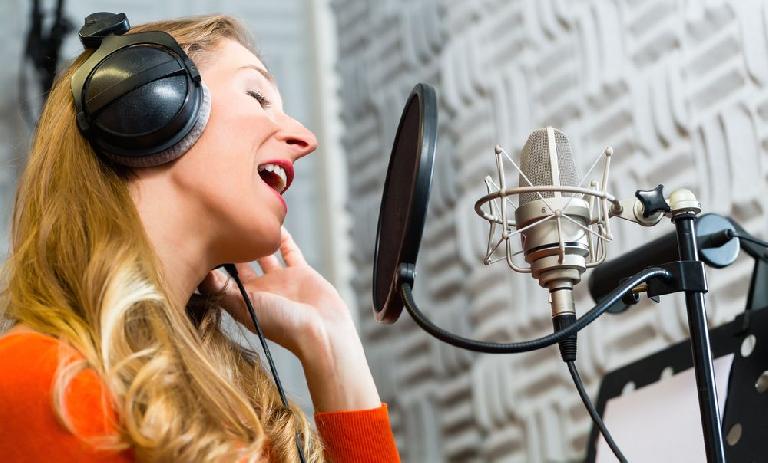 Fig 4 A vocalist in a fairly dead iso-booth may need some reverb/ambience in the monitor mix to support the voice, but too much can bring problems.

But too much of a good thing can become a problem. A lot of reverb has a tendency to make some singers (especially ones less experienced with recording/ headphone monitoring) go off-pitch a little. Couple this with the tendency of headphone monitoring itself to throw many singers off a bit, pitch-wise, and you can have a problem on your hands. Again, it’s up to the engineer/producer to determine if the monitor mix is contributing to any problems of this nature—that’s why it’s important to be able to quickly audition it (in the control room), to make sure it’s providing what’s needed.

What the performers hear during recording and tracking is critical to coaxing the best out of them. At a minimum, the time and effort spent to optimize the monitor mix can save a ton of corrective/musical editing later on in production, and, in some situations, it can make the difference between getting the job done, or throwing in the towel and coming back another day to try again. Setting up the monitor mix may not be the most glamorous aspect of a recording session, but it’s one you really want to make that extra effort to get right!