Getting the perfect monitor mix can be tricky but by using the awesome power available in the UA Apollo hardware and software, it needn't be a chore, as Matt Vanacoro explains.

There are countless tips and tricks out there for using the Universal Audio library of effects to make your recordings sound great (and we’ve got the best of them here at AskAudio, if I don’t say so myself). One of the best features however of owning a Universal Audio interface like the Apollo series is the Console interface and its unique routing and monitoring capabilities. Here are a few quick tips to make the most out of your interface and make tracking a truly pleasurable experience for all musicians involved.

If you’re in a project studio and you have a bunch of channels that are constantly hooked up to the same thing, you should absolutely label your channel strips. Why spend even a nanosecond remembering what is hooked up to Analog 1 when your DAW and monitoring console can display it as ‘Kick Drum’?

I’ve labeled my inputs and outputs in both Console for monitoring as well as in the Console settings menu for how the inputs/outputs are reported to the operating system. If it’s an input I swap out a lot, I leave it. I have, however, quite a few mic preamps hooked up to my Apollo that aren’t going anywhere, so I’ve got them labeled appropriately. In the Console app itself, simply click on the scribble strip at the bottom to rename any channel.

There are so many ways to utilize different mixes with Apollo. The first thing you’ll want to do is decide if you’re going to utilize the headphone outputs on your Apollo, the analog outputs on the back, or a combination of both. You’ve got 4 ‘cue’ mixes to work with, and those cue mixes can be sent to a headphone output, or to a pair of analog outs on the back of your interface for connection to a headphone amp. If you make the perfect monitor mix for your drummer on C1 (cue one), you can decide whether that gets sent to Analog Out 3-4 to an external headphone amp or to the included headphone out on the Apollo. The choice is yours! 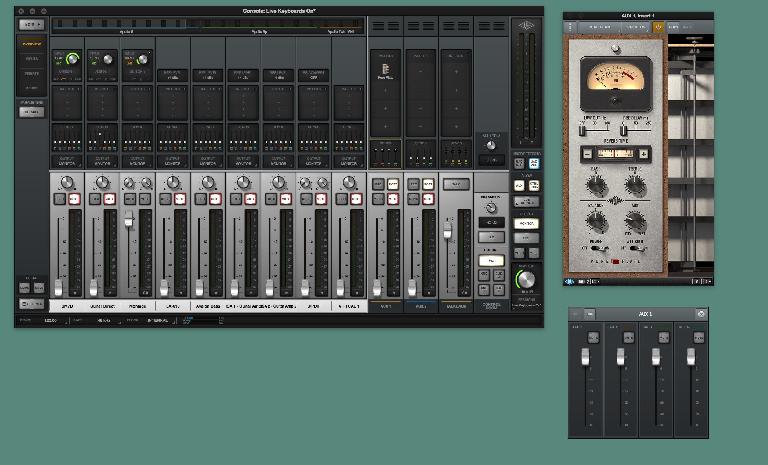 There are so many great reverbs and delays in the UAD library, why not use them? Set up your send buses with some good reverb. For tracking and monitoring purposes, I’ll often use the most processor-efficient one I can find - lately that’s been the Pure Plate. Don’t forget to ‘send the send’ to your cue mixes, otherwise it simply goes to the main output! 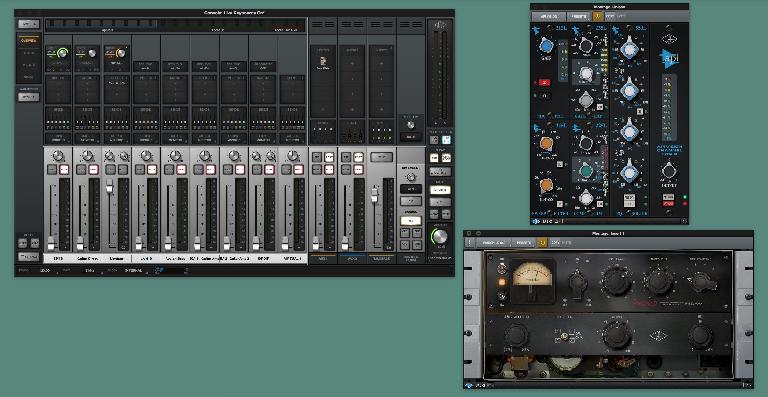 Your performance can be enhanced and inspired if you feel like you’re playing to a stadium with a million dollar front of house sound system. By utilizing the UAD/MON switch on the insert effects, you can be sure that the effects you load up in the channel strip don’t get ‘printed’ permanently - but tracking with a little compression, reverb, and EQ in your headphone mix can help to make your own performance feel much more epic as you track!

There’s also much to be said for being able to appease musicians who ask you to ‘mix and track’ at the same time. We’ve all had that client that doesn’t understand that the headphone mix is nowhere near where the final product will be, but makes constant tweaking demands anyway. Now you can get them that EQ sound they seem to be begging for in their headphones, all the while keeping your tracks pristine and untouched for editing later. It’s the best of both worlds!

Learn about tracking and mixing with UA plugins in the AskAudio Academy.