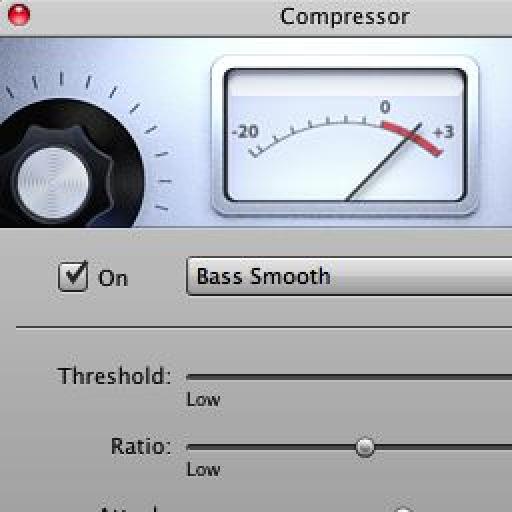 Separating Kick and Bass in GarageBand

Language
Avoiding a muddy low end in a mix can help it stand out above the crowd. The principles are the same cross every DAW, so G.W. Childs shows how to improve the low-end frequencies in GarageBand for Mac.

Bass and its relationship with the kick drum is kind of a tenuous thing. You need the kick drum to provide the low end 'thump' and you need the bass to provide the low end beef in the song. Because both elements sit in a very similar spot within your mix, it's easy to have one overpower the other. When this happens, you lose definition in the lower register of your mix and you get what's commonly known as mud.

One common way of fighting mud and creating definition between the kick and the bass (be it guitar, or synth) is through equalization.

Some make the mistake of thinking that you use Equalization to boost signals, and have an idea that cutting frequencies is a bad thing. This couldn't be further from the truth. EQ is actually better served as a cutting tool, especially for the low end instruments within your mix.

Ultimately I go with the kick as my dominant source of low end. To do this, I shelve off low frequency starting around 100 Hz. I also wind up pulling a little low end off the kick drum. Most speakers, including mine, have a frequency range that does not go below 52 Hz. Rather than flying blind, I kill instead.

Also, the kick's attack shines through at about 1 Khz, so I start shelving off around this frequency so that the pluck of the bass does not clash with the attack of the kick drum.

See my work below: 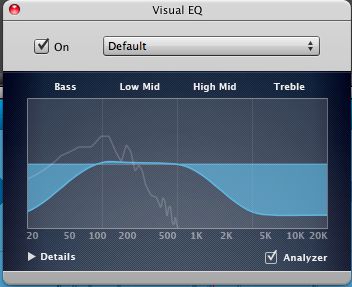 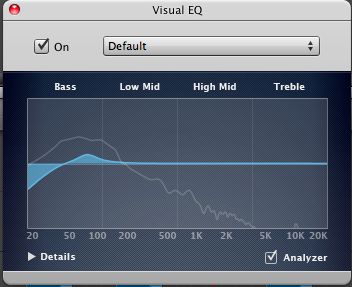 Of course, compression is commonly known as your go-to effect for separating kick and bass, and it's no different here. Let's take a listen with and without compression:

Kick and bass without compression:

Kick and bass with compression:

Notice in the compressed version, the kick's attack is much more present and audible. Also, the snap of the bass guitar is just a little more 'snappy' than before as well.

I found two presets that do a great job within GarageBand that you can easily build from. 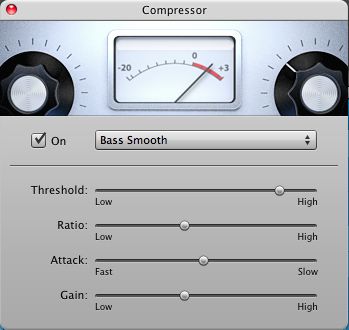 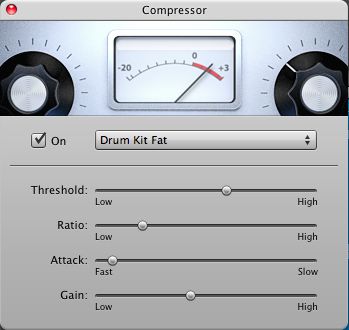 Now,  in regards to how much cutting I've done on my bass and kick drum this may seem harsh, but if you hear everything in its entirety it makes much more sense. Not only have a cut out room for the bass to work with the kick drum, but I also have room for the other parts of the song to flourish over the top.

Now, the kick cuts through with a nice 80Hz that you can feel, and the bass can still be felt, but leaves room for the synth over the top, along with the guitar.

Everything is much closer to working together now!

Keep in mind: there are many different ways to EQ and compress. It's all based on style and preference. And once you've found something you like, make sure to save your settings!