Scaler 1.2 Is A Plugin For Scale Detection And Chord Building From Plugin Boutique

Never struggle for ideas or inspiration again with this clever MIDI detection plugin that can determine the key you are playing in and make suggestions as to where to go next.

Scaler, recently updated to version 1.2, is a plugin instrument capable of outputting MIDI as well as audio. It's designed to make finding chords and progressions intuitive and fun, with note detection, scale selection and chord suggestions all aiming to help you out when composing. The aim is to take the hassle out of coming up with new musical ideas. It's priced at £39.95 and runs in all major plugin formats. 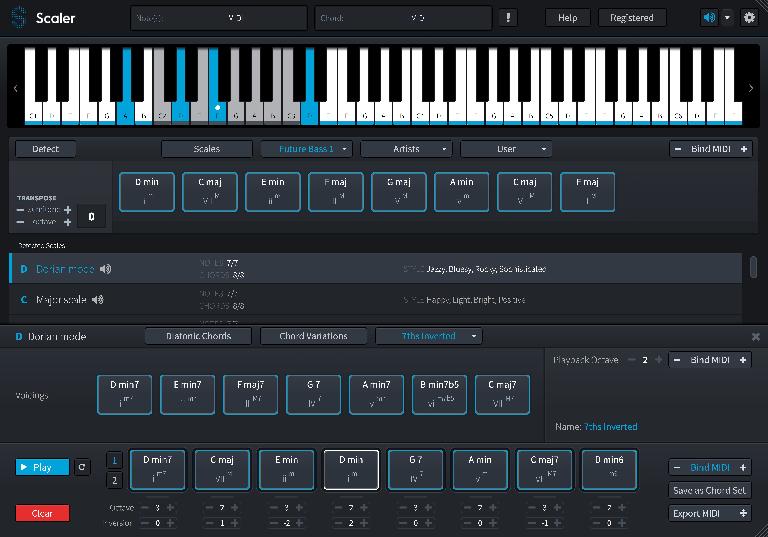 Scaler can determine what key and scale you’re in and suggest chords that match your music, or it can inspire a tune from scratch by providing a set of initial chords in an unexplored key. With the onboard bank of 1,728 scales and modes including genre and artist presets, there’s more than enough to keep the juices flowing. A piano and three sampled synth sounds are built in for scratch work, so you can quickly get a chord progression together for export as a MIDI file entirely within it.

Mike Huckaby: Yeah this is dope. Almost too dope
Carl Cox: As for Scaler, my life has just changed right there.

Once you’ve determined a scale, Scaler lays out basic diatonic chords for you to audition, and lets you take things further with dozens of chord variations and voicings to try out. Theory buffs can also get an insight into each chord’s harmonic function.

Ready to put together a progression? Simply drag and drop chords into Scaler’s sequencer, change up octaves and inversions, and record or drag the progression into your DAW. 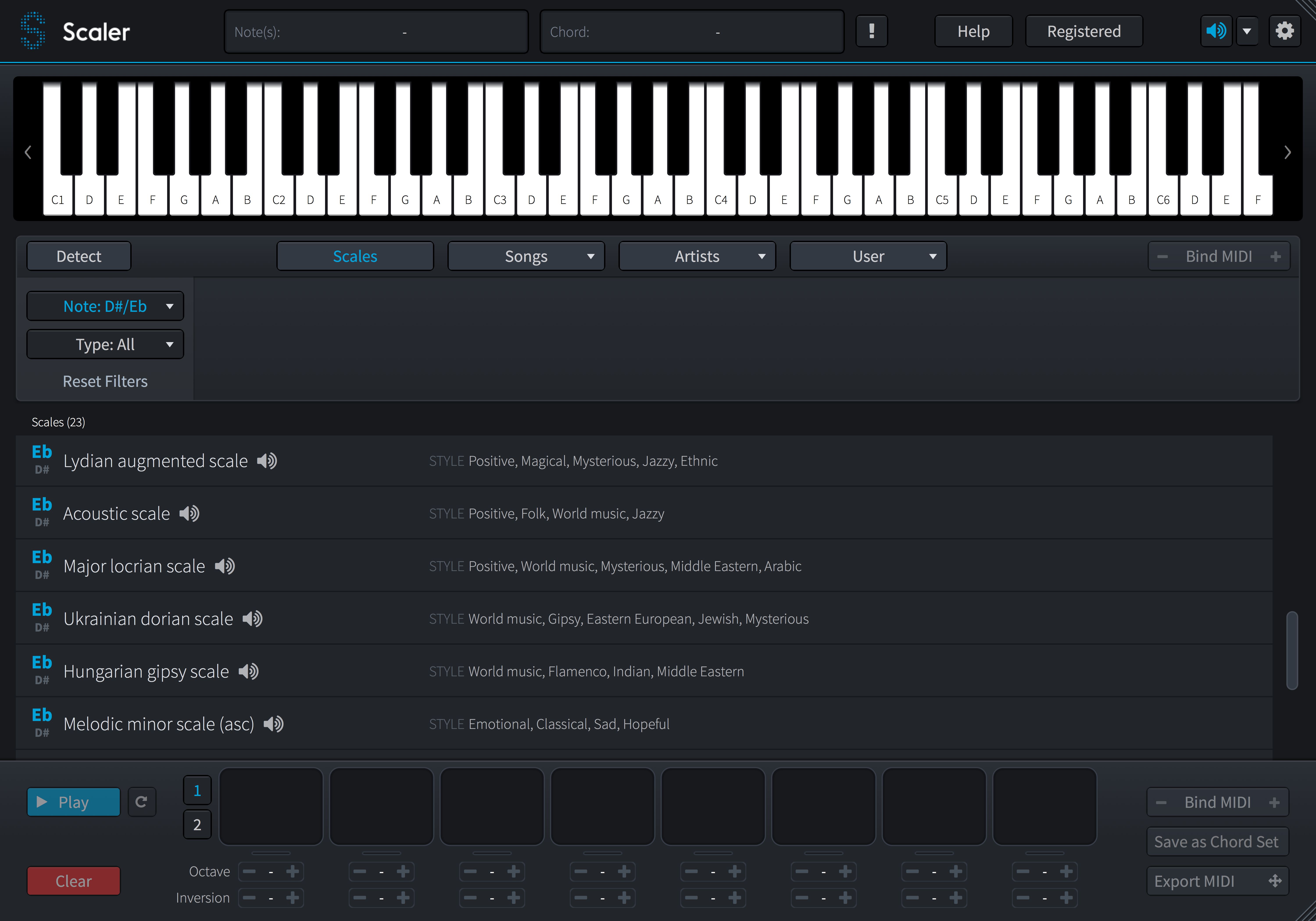 Find out more and buy or try out the demo: https://www.pluginboutique.com/product/3-Studio-Tools/72-Utility/3933-Scaler
Learn more about composition and MIDI in the Ask.Audio Academy: https://ask.audio/academy?nleloc=new-releases