Language
ROLI have released a new iPhone app called NOISE that takes advantage of 3D Touch on iPhone 6s to provide expressive music-making potential for the mobile musician for free!

London, United Kingdom (December 18, 2015) - Music creation startup ROLI today announces the release of NOISE, an app - now available for free download on the App Store - that realizes the expressive music-­making potential of the iPhone. Building on years of research at ROLI into touch­-sensitive musical interfaces, NOISE is the most full­-bodied instrument to ever hit the glass surface of an iPhone.

Mobile phones and tablets are an increasingly important tool for people to make music, but music apps have lacked the depth of expression of acoustic instruments. That all changes with NOISE, which turns the iPhone screen into a continuous sonic surface that responds to the subtlest gestures. Taking advantage of the new 3D Touch technology of the iPhone 6s, the surface lets music­-makes to shape sound through Strike, Press, Glide, Slide, and Lift ­the "Five Dimensions of Touch" that customers and critics have celebrated on ROLI's award­-winning Seaboard RISE. 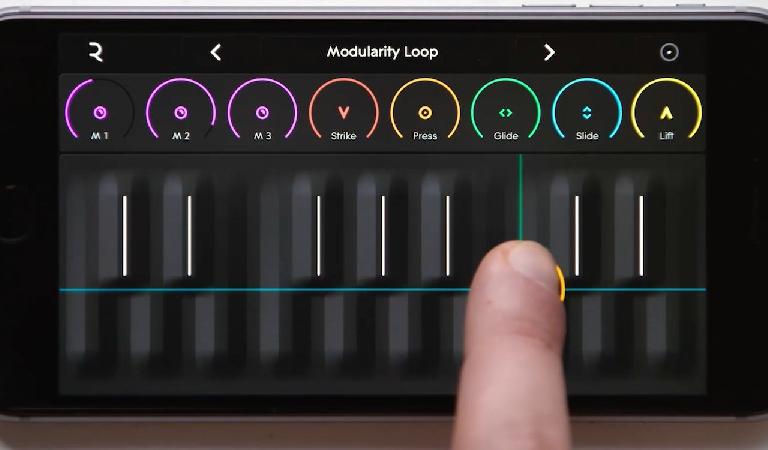 Roland Lamb, founder and CEO of ROLI, said: "On September 9 we launched the Seaboard RISE, the world's first truly accessible multidimensional controller. At the very same time Apple launched the iPhone 6s featuring 3D Touch. For the past 12 weeks we've applied our years of research into multidimensional touch and sound to produce NOISE, an app that transforms the iPhone into a bonafide musical instrument."

As an instrument NOISE features 25 keywaves, includes 25 sounds, and has five faders for fine­-tuning the touch-responsiveness of the surface. It is now available for music­-makers of any skill level who want to explore a multidimensionally expressive instrument that fits in their pockets.

NOISE is also the ultimate portable sound engine for the Seaboard RISE and other MIDI controllers. Powered by Equator and using MIDI over Bluetooth, NOISE lets music-­makers control sounds wirelessly from their iPhones. It is one of the first apps to enable Multidimensional Polyphonic Expression (MPE) through its MPE Mode, so the NOISE mobile sound engine works with any MPE­-compatible controller. ROLI's sound designers have crafted the app's 25 preset sounds, which include Breath Flute and Extreme Loop Synth, especially for MPE expressivity. Additional sounds can be purchased in­-app. 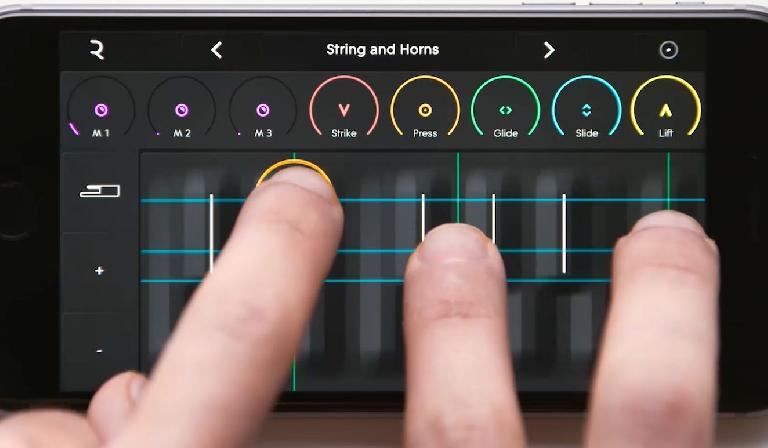 NOISE is ROLI's latest breakthrough in making digital music creation more connected and more mobile. With a Seaboard RISE, a Flip Case, and NOISE on their iPhones, music­-makers now have a connected set of portable tools for making expressive music on the go.

The release closes a momentous year for ROLI, which launched the Seaboard RISE and acquired Blend.io, a social platform for music collaboration. Critical acclaim for the Seaboard RISE has grown in its first months on the market. Already the winner of a CES Best of Innovation Award for 2016, the Seaboard RISE recently won an Editor's Choice Award from Electronic Musician magazine as one of the outstanding music devices of the year.

While it works with all models of iPhone from the iPhone 5 to the iPhone 6s, NOISE has been optimized to take full advantage of 3D Touch on the iPhone 6s. Watch the NOISE video on the App Store and on www.roli.com to see and hear the music that is now possible on NOISE.

NOISE is now available for free download on the App Store.