ROLI's software ecosystem expands with Cypher2, a cutting-edge sound design instrument from FXpansion engineers - and of course it ties in with the company's hardware as well.

August 9, 2018, London — Music technology innovator ROLI launches Cypher2 today, expanding its premium software offering as it continues to create a connected hardware-software ecosystem for music makers of all backgrounds and skill levels.   Years in the making, Cypher2 with over 1300 presets is the latest and most advanced software synthesizer from Angus Hewlett and the team at FXpansion, which ROLI acquired in 2016.

Cypher2 is fully compatible with both standard MIDI controllers and MPE-enabled devices, which include ROLI’s award-winning Seaboard and BLOCKS instruments.

“This project has been a true labour of love for the FXpansion team and ROLI’s veteran sound designers”, says Angus Hewlett, founder of FXpansion and now VP Engineering at ROLI. “The expressive power of 5D MPE and the sonic fidelity of circuit modeled synthesizer components is a uniquely powerful combination: an advanced software synthesizer which responds to your playing like no other”. 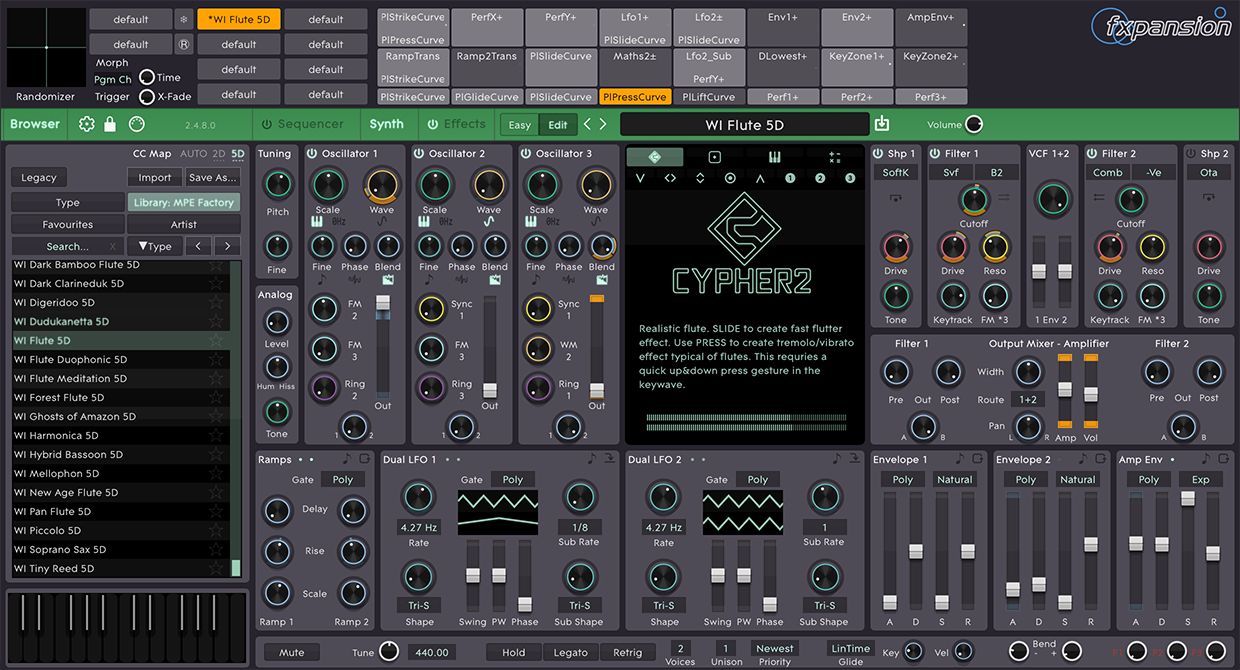 Cypher2 is now available for $199 (£159, €179) on www.fxpansion.com. Existing owners of DCAM Synth Squad, Strobe2, a ROLI Seaboard or BLOCKS can purchase Cypher2 at a discounted price of $79 on www.fxpansion.com until 7th September 2018, or for $99 thereafter.