The next generation of ROLI's Block, portable and expressive music creation devices has been launched today. The ROLI Lightpad Block M is more sensitive and precise for a greater depth of expression.

September 28, 2017: London — ROLI today launches a new model of Lightpad Block and a sweeping series of upgrades to its NOISE app that further advance the position of ROLI BLOCKS as the most versatile and expressive portable music creation system on the market today. 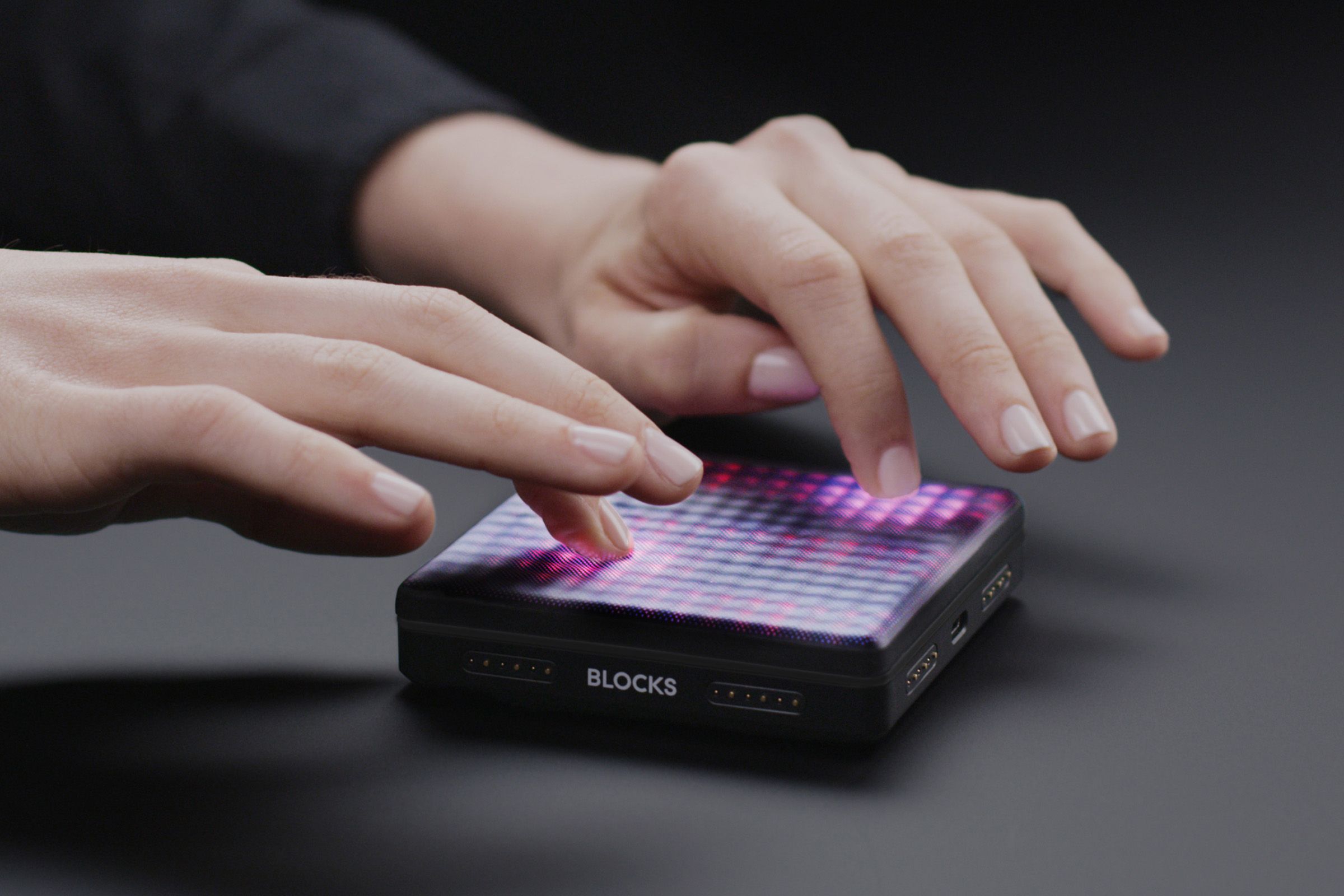 Roland Lamb, founder and CEO of ROLI and inventor of the BLOCKS system, said: “In the last 10 months since we launched BLOCKS, we have continuously evolved the system with software and firmware updates as well as new hardware components like the Seaboard Block. Today with the release of the Lightpad Block M and NOISE 3.0, we are even more firmly establishing BLOCKS as the most powerful way to create music on the go. You can configure an endless number of production workflows and enjoy a range and depth of expression that was hard to imagine just a few years ago.”

The Lightpad Block M is the next generation of the Lightpad Block, a surface for sonic control, that launched in November 2016. Music-makers can recreate the sounds of drums, cellos, flutes, synths, and hundreds of other instruments just by touching the Lightpad Block, which is both a palm-sized music-making device in its own right and a piece of the expandable BLOCKS system. The Lightpad M creates an even more sensitive and precise playing experience that is on par with ROLI’s premium instruments like the Seaboard RISE. Advancements of the Lightpad M include: