The new Roland SPD::ONE series are compact, electronic percussion pads that can be played Â with drumsticks, hands, or feet. The SPD::ONE WAV can playback as much as 360 minutes of samples!

Los Angeles, CA, May 26, 2017 — Roland has announced the SPD::ONE series, a new line of compact electronic percussion pads that can be played with drumsticks, hands, or feet. Offering features like built-in sounds, user sample import, intuitive operation, and more, the SPD::ONE series enables any musician to enhance their performances and expand their creativity with Roland’s leading digital percussion technology.

Roland’s top-selling drum and percussion instruments have been embraced by players everywhere, and products such as V-Drums, the SPD-SX Sampling Pad, and the OCTAPAD SPD-30 are regularly used on concert stages by the world’s top performers. Rugged, affordable, and convenient, the SPD::ONE series makes Roland percussion even more accessible to all types of music makers, from drummers and percussion players to guitarists, vocalists, DJs, and more. 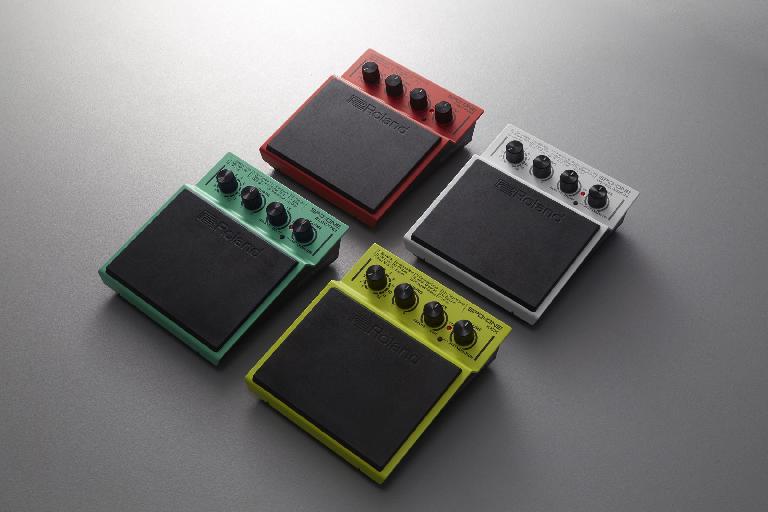 The four models in the SPD::ONE series run on batteries or AC power and offer feature sets tailored for different musical needs. Common features include a versatile, highly responsive pad surface that can be played like a drum, hand percussion instrument, or foot-triggered stomp box. A simple knob-based interface provides quick access to sound selection, volume level, and other parameters, while side-mounted controls offer easy adjustment of the playing response. Each model also includes separate main and headphones outputs.

The SPD::ONE ELECTRO is equipped with a variety of electronic percussion sounds, including snare and handclaps from Roland’s legendary TR drum machines. The SPD::ONE PERCUSSION comes with a wide selection of acoustic percussion sounds, from shaker and tambourine to gong and timpani. The SPD::ONE KICK offers sounds optimized for triggering by foot, including bass drums, stomp boxes, percussion, and more. Each of these models comes with built-in effects, and offers the ability to import user WAV samples up to five seconds long via USB. 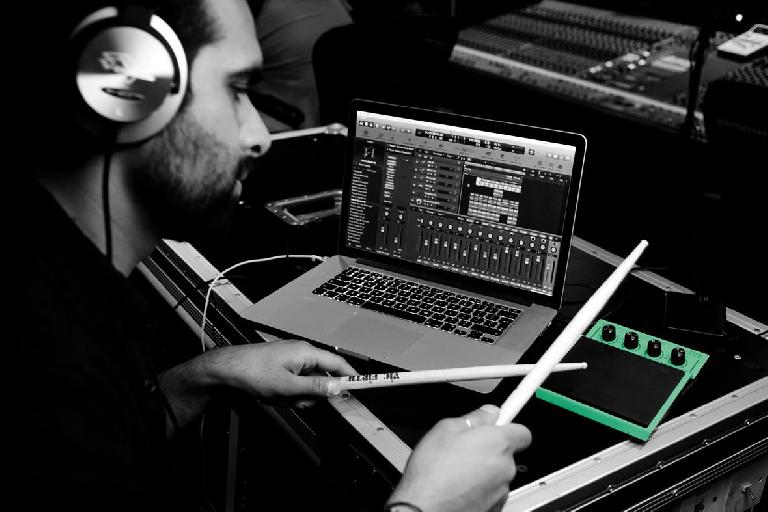 SPD::ONE as a DAW controller.

Instead of onboard sounds, the SPD::ONE WAV PAD comes equipped with 4 GB of flash memory, enabling users to load their own custom WAV files via USB. With 12 memory locations and up to 360 minutes of stereo audio time available, the SPD::ONE WAV PAD can be loaded with everything from short one-shot samples and looped phrases to full-length backing tracks. A unique and useful feature is the ability for users to load click tracks to accompany their backing tracks, and to output them to the headphones output only for monitoring purposes.

Each SPD::ONE model can be used on a tabletop or floor, or clamped to a drum or mic stand using the included mounting hardware. USB-MIDI is also supported, allowing musicians to use an SPD::ONE pad to input MIDI data and trigger sounds in music software.