Roland Cloud just got another update (we're up to 4.4 already). The new addition this time will please producers looking to add orchestral sounds to their tracks.

The September update to Roland Cloud introduces a veritable feast for orchestral buffs. Roland tells us it's time to get symphonic with one of the most iconic and recognizable Orchestral libraries ever to grace the world's music racks and studios; now available for your DAW!

Here's the official info about Anthology Orchestra available only in Roland Cloud:

"Anthology Orchestra faithfully captures and puts at your fingertips a vast variety of realistic sounds for classical orchestration originally released by Roland. Originally described over 25 years ago as "a sophisticated assortment of string, woodwind and brass sounds as well as professional percussion techniques such as rolls and flams" the orchestral sounds contained in Anthology Orchestra have withstood the test of time; so much so that we've been asked by several Roland Cloud members to recreate them with an addition to the Anthology series.  We agree, we did, and here you go!

"With Anthology Orchestra we've captured many of the subtleties, characteristics and personality of the original instrument and recreated a uniqueness that could only be found in the original... Until now." 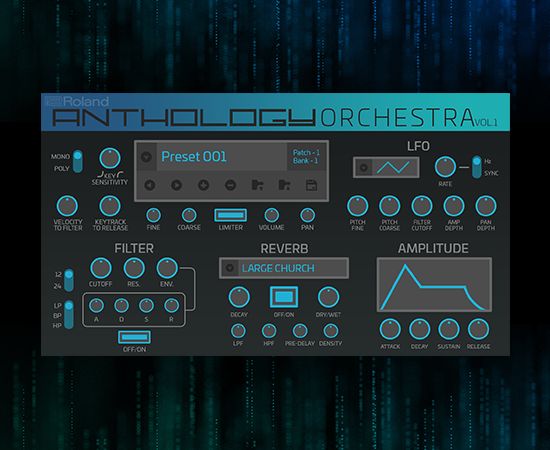