Language
Let go of your mouse! That's the message from music hardware developers, and now the biggest software developers too, as Rob Papen's unveils his vision of a new synth controller: RP-Control.

Possibly the most exciting news we saw last week was via Rob Papen’s Facebook page. The world-famous synthesist and synth creator from the Netherlands, revealed his concept for a dedicated USB controller designed to work seamlessly with his popular software synths. It has a name, and you probably guessed it already... RP-Control. 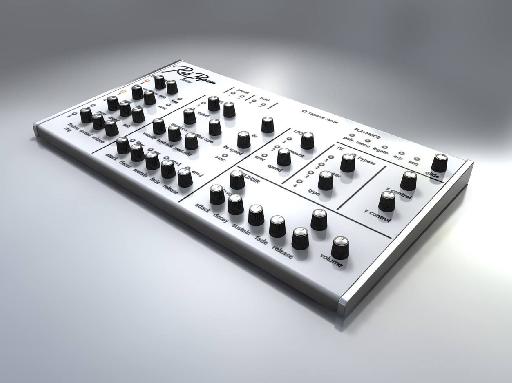 The concept for RP-Control looks to combine form and function in one.

"[Here] is the 'concept idea' for RP-Control. Note that this product is not available!

The idea is to make a usb controller for our synth products (BLUE-II, Predator, SubBoomBass, Blade). The layout is very clear, compared to other general controllers. Producing such a controller is not so easy. You have to find a manufacturer and so on.

So I thought... let’s make an image of it and check what some do say about this idea of a ‘RP-Control'."

There was a flurry of activity on Rob’s Facebook page as his fans outlined feature requests, musings and general appreciation of this concept controller. Amongst the extra requests were a built-in keyboard, and iPad app version and an LCD screen to make it more customizable. To the later Rob replied:

“This concept you mention is already done by trillion others. Nektar P1 or the Novation stuff and others. Although the layout of them is 'general' and not dedicated. Making LCD display below dials and interactive with presets. I would make it far more expensive. The way it is, it is usefull for RP synthesizers, but also many others because it sends out 'midi controller' data.”

When the RP-Control will see the light of day, or whether it will, is still unknown. But, judging from the excitement on Rob’s Facebook page we wouldn’t bet against it happening here at AskAudio Mag, and we’re keeping our eyes on this one.

What do you think of this concept? Would you invest in it? What would you like to see included in the features?