History tells us that even the oldest soft synths are still a long way off being 50 years old, so clearly Rob Papen, the company — famed for its innovative virtual instruments and excellent-sounding effects plug-ins — cannot possibly be celebrating its 50th anniversary just yet. Yet something significant to future soft synth development did, indeed, take place on October 8, 1964 — namely, the birth of Rob Papen's namesake founder. While self-confessed synth freak and world-renowned sound designer Rob Papen may well be taking some well-deserved time out to celebrate his 50th birthday, if we were to ask him how old he feels he might surely say, “Mmm... around 35!”

Why? Well, while Rob Papen in person may well look considerably younger than his mostly musical half-century might otherwise suggest, his 50th birthday coincides with his 35th synth-playing 'anniversary'. For it is 35 years ago to the day when he first started using two Korg MS-20 semi-modular monosynths alongside an accompanying Korg SQ-10 analogue sequencer and a not quite so cool-looking Cosmovox organ, thereby unknowingly (synthetically) sealing his future fate. From such humble basement beginnings fame and (good) fortune would soon come calling. 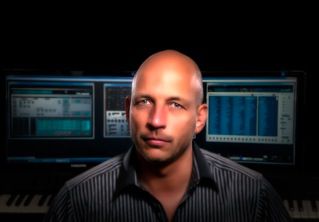 Joining forces with fellow synth-playing Dutchmen Ruud van Es and Peter Kommers as part of pioneering electronic music groups Peru and Nova — the latter featuring the same members as Peru, but with a more commercial slant, the considerably younger Rob Papen proceeded to a score number one hit with Nova in The Netherlands, Belgium, and Luxembourg back in 1982 with a synthesizer-based instrumental called 'Aurora'. As a result of such success, his synthesizer setup swelled to include additional analogue wonders such as the mighty Roland Jupiter-8 programmable polysynth, a highly-prized instrument that remains central to his setup to this day.

After his music career reached its natural conclusion following Peru's disbanding, Rob Papen found himself in the enviable position of becoming a sought-after sound designer throughout the Nineties and beyond for many of the leading synthesizer and sampler manufacturers of the time, including Access, E-mu, Ensoniq, and Waldorf, before going on to found his own namesake company in 2005, developing a range of critically acclaimed and commercially successful virtual instruments and effects plug-ins with coder John Ayres.

Rob Papen has not entirely forsaken his hardware synthesizer heritage, however, as evidenced by the release of last year's self- funded, successful subtractive synthesis instructional book/DVD set, The 4 Element Synth, a truly enlightening tome featuring over 200 pages of quality reading material and 10 hours of tutorial content, drawn deep from the creative well of its creator's unsurpassed knowledge gleaned from so many fruitful years of working with synthesizers, old and new alike.

Today it is fitting, therefore, that Rob Papen Managing Director Rob Papen has chosen to celebrate his 50th birthday by benevolently offering an 'appropriate' 35% discount on any software purchased from the company's website or any authorised dealer worldwide between October 8-10, inclusive. Inspiration Soundware has never been better priced, so why not treat yourself and your music to some of the best virtual instruments and plug-ins available anywhere... all the while wishing their co-creator a happy 35th synth-playing 'anniversary', articulated or otherwise. How about synthetically? Happy Birthday, dear De heer Papen. You don't look a day over 35!