Rob Papen's new virtual synth, Go2, is a powerful virtual synth with an affordable price tag that is super accessible and easy to get a handle on.

Leading virtual synthesis supremo Rob Papen has announced the immediate release of Go2 – a virtual synthesiser designed to provide music producers with powerful, easy to use features and the best quality sounds – all controlled within a single interface. What's more, it's extremely affordable at only £41.95 / €49!

Of the release, Rob Papen says, “Features are needed to generate particular sounds, but there is also something very tempting in 'limited' features and a more simple concept. Limitation makes people creative, so it was about time that we did something with 'less' features...different concept.” 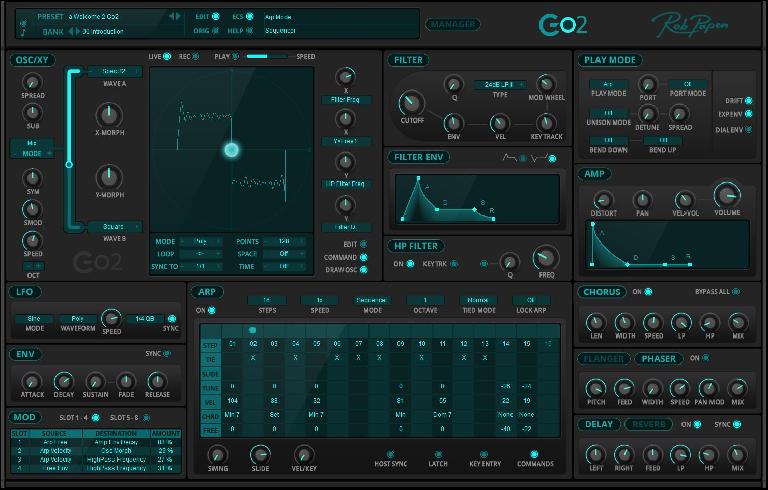 Whether you’re new to synthesis and don’t want to be overwhelmed with features, or a seasoned music producer who just needs a quick solution for sketching ideas, this newest addition to the Rob Papen family of virtual synths will soon become a go-to within your studio setup.

Michael
Granted Papen instruments are usually top-notch, but have you actually tested this synth since there is no mention of the sound, etc ? If not, how can you conclude that this "will soon become a go-to"?