These four new breakout boxes from RME will leave no cable wrongly connected and threaten to bring a peaceful, zen-like calm to the confusion that characterizes most music studios.

No self-respecting music producer or studio engineer can abide a clutter of cables causing consternation and confusion. It's not even that it looks untidy. Let's face it, cables everywhere can lead to bamboozlement when all you want are beats.

To clear up the mess our cables leave behind are RME DTOX breakout boxes (available in four versions) designed to correct any connection issues. Here's what RME tells us about the new DTOX boxes in the official press release:

Premium German interface manufacturer RME [AES 2018 NY booth 414] has officially announced its DTOX series of D-sub to XLR breakout boxes. These boxes will be highlighted at RME’s booth 414 during AES 2018 from Oct 17–19, 2018, at the Javitis Convention Center in New York.

The DTOX breakout panels are the ideal rack solution for interconnecting multichannel XLRs with the common D-sub connector format. 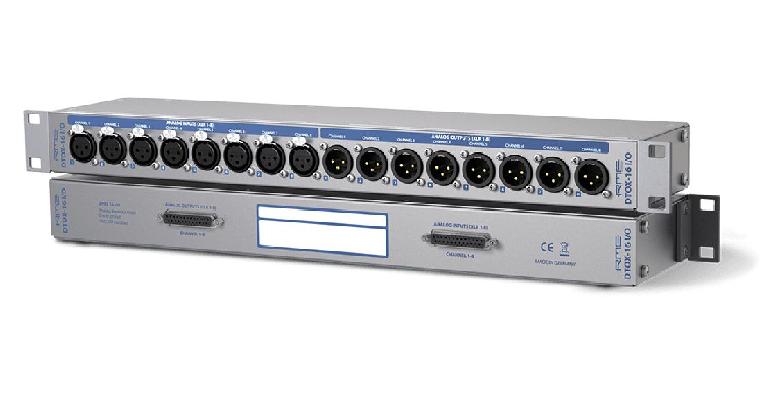 Named after their primary function, D(-sub) to X(LR), the DTOX panels are 19-inch rack enclosures with 1 height unit featuring 16 XLR sockets on one side and 2 D-sub connectors on the other. Due to differences between digital and analog formats, the DTOX series is available in four different models.

The DTOX-32 is a double D-sub solution for AES/EBU signals with one D-sub converted to 4 XLR males and 4 XLR females each, equaling a total of 8 AES/EBU inputs and 8 AES/EBU outputs. The DTOX-32 is pin-compatible to the common TASCAM pinout as well as the popular Yamaha pinout. An internal connector allows the user to change between both formats separately for both D-subs.

All for DTOX units are available for $399 MAP.