The special edition of the popular AD/DA converter boasts the same class-leading features in a sleek black design.

Anaheim, CA — January 2020 — RME, German manufacturer of premium digital audio solutions, will debut its ADI-2 Pro FSR BE, a black edition of its popular reference AD/DA converter, at booth 14702 during this week’s 2020 NAMM Show.
The ADI-2 Pro FSR BE features a black front plate and is an all-in-one solution for a host of devices, including a high-end AD/DA converter, a USB DAC, a high-end AD/DA frontend and headphone amp for iOS devices, a multi-format converter with monitoring function, an AD/DA frontend of audio measurement at up to 768 kHz sample rate, and a DSD record and playback solution.

Additionally, the ADI-2 Pro FSR BE serves as a double headphone amplifier featuring two extremely powerful headphone outputs.
This wide range of applications makes the ADI-2 Pro FSR BE the perfect solution for a number of professionals — from studio engineers looking for reference AD/DA conversion to Hi-Fi enthusiasts demanding a flexible high-end headphone amp to home users in need of an innovative solution that also boasts the highest sound quality. 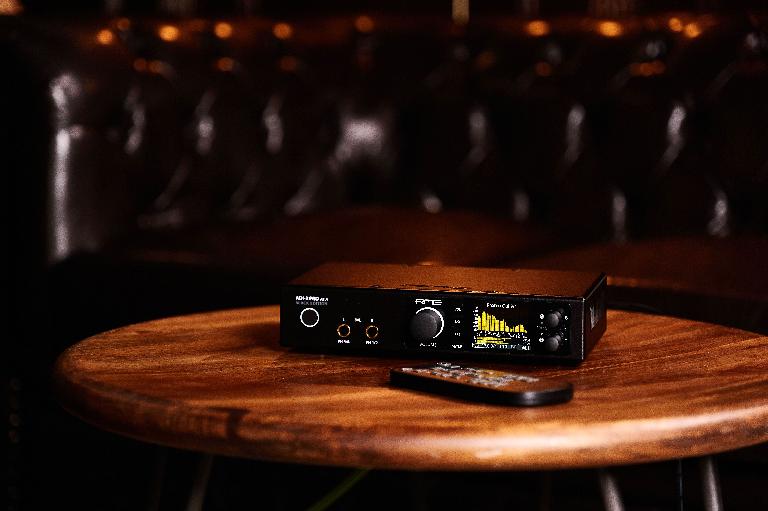 The AD1-2 Pro FSR BE also includes RME’s proprietary SteadyClock FS technology which offers the lowest jitter available providing users the highest-quality analog conversion and in turn suppling them with most pristine audio available.
Rounding out the features is a new extended Multi-Remote Suport (MRC) with access to 52 different functions and commands for maximum flexibility.

“The AD1-2 Pro FSR BE is the centerpiece for any serious studio engineer, Hi-Fi enthusiast or home recorder’s arsenal,” said Derek Badala, Director of Sales Americas at Synthax, distributor of RME. “Not only does it feature a host of devices all in one flexible unit, but it is now available in a sleek black design. Our SteadyClock FS technology rounds out the feature-packed converter providing users with the lowest jitter they can possible get, giving their mixes and recordings more depth and clarity.”

SteadyClock FS'¨Clock frequency is an essential factor in digital audio as it creates the correlation between the audio bits and the time reference. While clock frequency is not always as stable as desired, RME’s SteadyClock FS technology included in the ADI-2 Pro FSR BE provides users with the lowest jitter and highest jitter immunity. Excellent performance in all clock modes and high-quality analog conversion allows users to hear their mix exactly as it is.