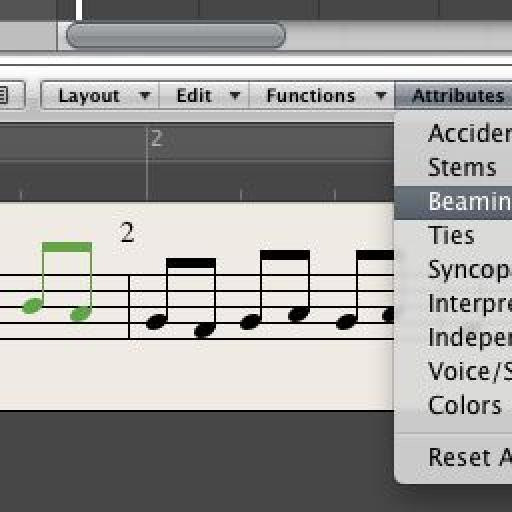 Logic Pro is a great application and has always been my DAW of choice, but there are certain long standing issues with it that drive users like me cuckoo for cocoa puffs and one of them is the inability to tell the Klopfgeist (Logic's metronome) to beat dotted quarter notes instead of 8th notes in 12/8 or 6/8.

At a fast tempo, hearing all those 8th note clicks is incredibly annoying. I will often play the figure in as triplets in 4/4 and convert it to 12/8 later. In Pic 1, you can see is what I played.

If I am going to give this part to a musician to play however, I may want it to be in 12/8 because the two meters do feel somewhat different. After I change the meter to 12/8 in the Transport Bar (or by dragging the A/B symbol from the Part Box and then defining it) I get what you see in Pic 2. It sounds the same, but now is no longer correct with the click and not what I want to give to a musician to play.

The first issue is that with the meter change made, the two bar region is now considerably smaller. As you can see in Pic 3, the end of the second bar is missing.

No problem, right?  I simply double-click on the region length in the Event List and change it to two bars. I now have what you see in Pic 4. Oh, dear.

Pic 4: The same region after changing the region length to two bars.