Language
Have you ever wished you could have one keyboard that worked on your iOS devices and your computer? IK Multimedia reckon they might have just the thing and Hollin Jones is on call to test it out.

IK Multimedia seems to have an insatiable hunger to create iOS-compatible audio and MIDI devices, and we are seeing new stuff with astonishing frequency. The latest is the iRig Keys Pro, a bigger brother to the iRig Keys that has full-size piano keys and a few other tricks up its sleeve as well. It's one of a new wave of hardware products that span both the iOS and desktop worlds. Developers and manufacturers are realizing that musicians usually have a computer, an iPhone and an iPad, or some combination of the three, and that they want their devices to work with them all.

The tricky part here hasn't been so much the software side of it: Core MIDI is built into OS X and iOS and generally means no drivers are required for external hardware. It's the physical ports, with computers using USB and iOS hardware using 30-pin Dock or Lightning connectors (depending on its age). IK deals with this in the Pro by providing all three, which few competitors are doing at present. 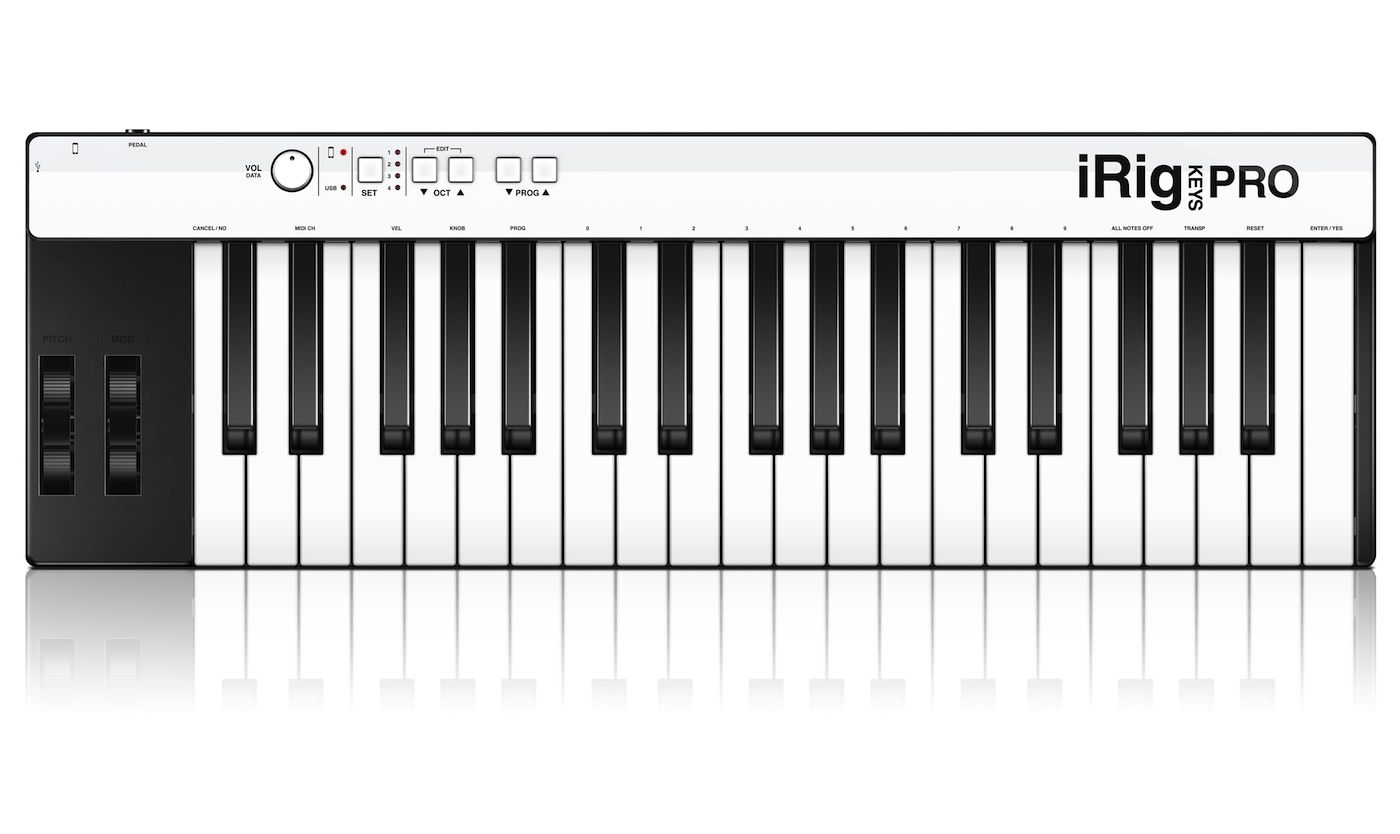 What do you get?

In the box are three cables, though they're not exactly what you might be expecting. Two are for iOS devices and have a small MIDI / power connection at one end, and a 30-pin and Lightning plug on the other, respectively. The third is a micro USB to USB cable for connecting the keyboard to a computer. Micro USB has presumably been used as part of an overall aim of achieving minimal weight. Indeed, the Pro is extremely lightweight and portable while still feeling solid. 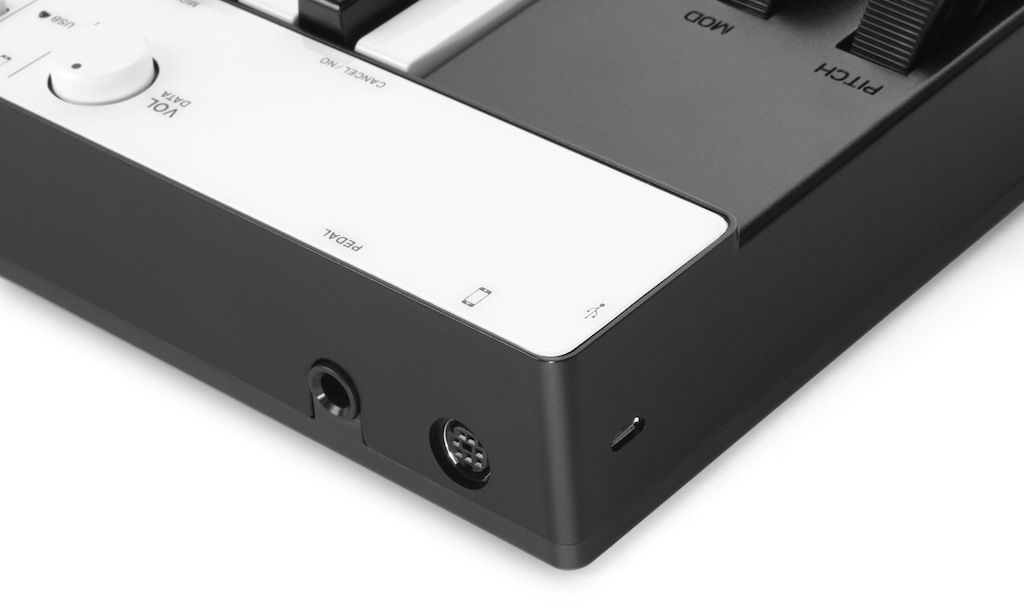 It's great that IK is supplying all three cables since this should account for everyone's setups. If like me, for example, you have an iPhone 4S and an iPad 4 you'd need both connection types to use the iRig Keys Pro with the two devices. This is largely down to Apple's policy of never being afraid to ditch technologies in the name of progress, and support for both connections will likely have to continue until the most recent 30-pin devices eventually become obsolete. One small gripe is that the cables could do with being a bit longer. I know you're probably going to have your iPad nearby when playing, but the cables feel a little bit restrictive in length at the moment. 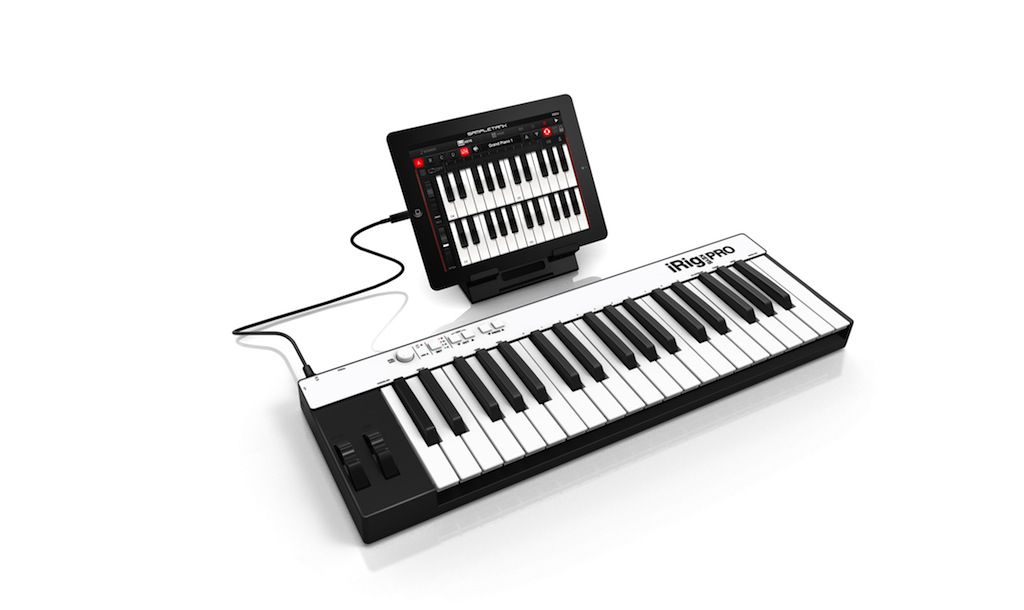 Once connected to an iOS device, the keyboard powers from its battery, though helpfully will only come alive when a Core MIDI-capable app is launched. So initially you wonder why nothing is working, but when you launch GarageBand or one of the free bundled apps—iGrandPiano or SampleTank Free—it all wakes up. This is useful since it shouldn't drain your battery when the keyboard is connected but a music app is not in the foreground. On your computer it is active the whole time, and you get SampleTank 2L for Mac or PC as a bonus.

MIDI control on iOS is something of a mixed bag, with the level of flexibility usually coming down to the design of whatever app you happen to be using. A couple of free piano apps I tried exhibited a little latency, but the vast majority of iOS music apps exhibited none at all, suggesting that it was poor coding of the free apps that was at fault. For the most part, the Pro is “plug and play” both on iOS and on a computer. No drivers are required and it triggers the currently selected patch in whatever app is live. 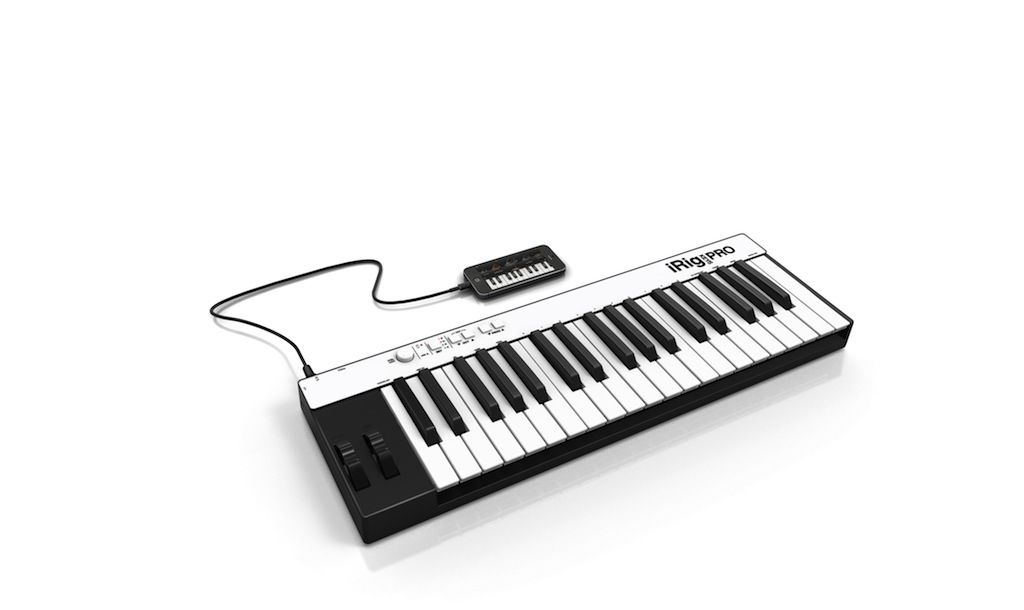 The 37 keys are full size and actually feel pretty good, especially for such a portable controller. IK suggests that you can play properly with two hands and I'd have to agree. Obviously you are always going to be a little restricted by the physical number of keys but between the octave and transpose controls and the keys you can make a decent job of “proper” playing. There's a pedal input too which accepts either a sustain or an expression pedal for more natural performance, and mod and pitch bend wheels.

The controls on the front panel let you make settings, the utility of which varies depending on what software you are triggering. On iOS, the degree to which an app can accept MIDI CC messages depends largely on how it has been coded. On a computer, software tends to usually be receptive to all CCs by default. There's a volume / data dial, a USB / iOS indicator, octave and program change controls and the ability to store four different setups in memory for easy switching. An Edit mode allows access to more functions with piano keys labeled to let you do stuff like changing MIDI channel, velocity, transposition and yes and no commands. There's no onboard LED display which makes things a bit old school, but it does seem to work.

When connected to a Mac or PC, the Pro behaves much more like a conventional MIDI keyboard, with its commands generally mapped automatically to software. In iOS for example, I found that many apps didn't seem to accept the program change shortcuts from the keyboard, but on the Mac they did. You can set up special presets for your favorite software of course, which gets around some of these issues. 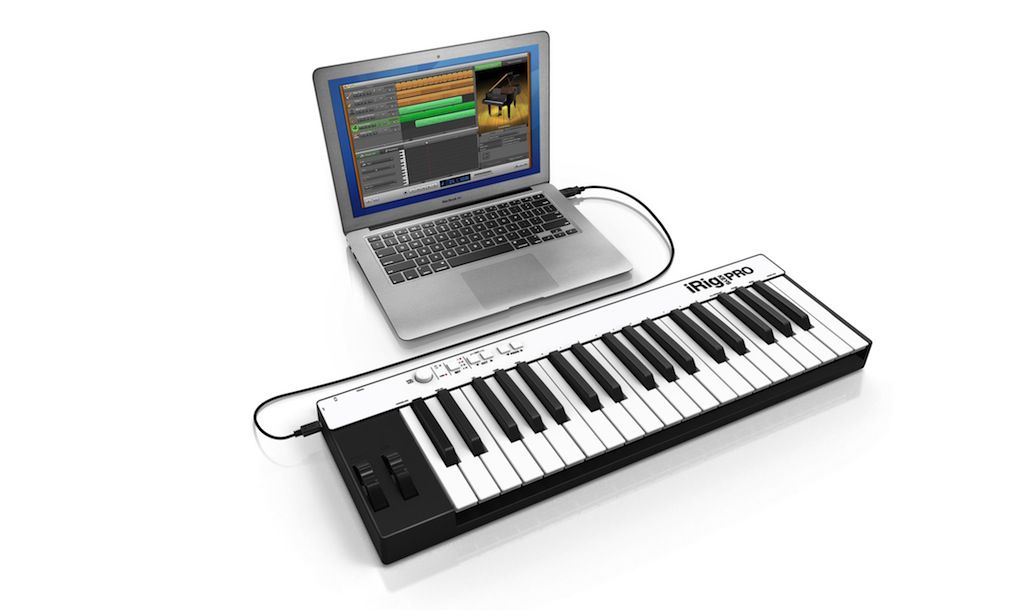 In some ways the iRig Keys Pro is something of a throwback to MIDI keyboard controllers of old in the sense that it has no screen, no drum pads and requires multiple button presses to tweak its behavior. Of course it is more than this in reality, with a lightweight form factor and support for the latest iOS and desktop operating systems. It addresses an important gap in the market: a controller device that works on mobile and desktop platforms and has all the connectors thrown in. That some iOS apps are not yet massively flexible when it comes to MIDI control is not IK's fault, and as devices like this hit the streets, developers should be pressured into supporting better MIDI control. I'd also venture that this keyboard is a little on the dear side, although that is mitigated somewhat if you factor in (and use) the bundled desktop SampleTank instrument.

Pros: Very lightweight and portable. Comes with every connector type for iOS and computers. Nice and playable keyboard. Only wakes when needed. Pedal input.

Cons: No onboard display. Cables could be longer. A touch expensive.