Language
The new UD-01 and MD BT-01 are wireless Bluetooth to MIDI interfaces which allow for greater portability and less risk of tripping over cables. Matt Vanacoro puts both to the test from a distance!

Yamaha has released a pair of Bluetooth to MIDI interfaces in the UD and MD BT-01 wireless MIDI adapters. MIDI over Bluetooth is quickly becoming the technology du jour for the latest keyboard controllers, and the 2 BT01 adapters promise to bring this exciting new feature to all of your legacy gear. I had a chance to test out both of them, and the results look promising indeed.

The UD-BT01 is made to work with instruments that have USB connectivity, and the MD-BT01 has standard MIDI in and out connections. It’s kind of nice to have both options, but most MIDI controllers and keyboards have the MIDI option even if they have USB. This is important to think about, and I’ll get to why in a little bit.

The UD-BT01 has a single USB input which would replace where you plug your MIDI controller into your computer or iOS device. On the other side, there is a USB output that must be connected to a power adapter such as one that came with your mobile phone. The UD-BT01 cannot be powered simply from the USB out of your keyboard. This is not a knock at Yamaha, it’s likely that there just isn’t any power coming out of that USB jack on your standard MIDI controller. 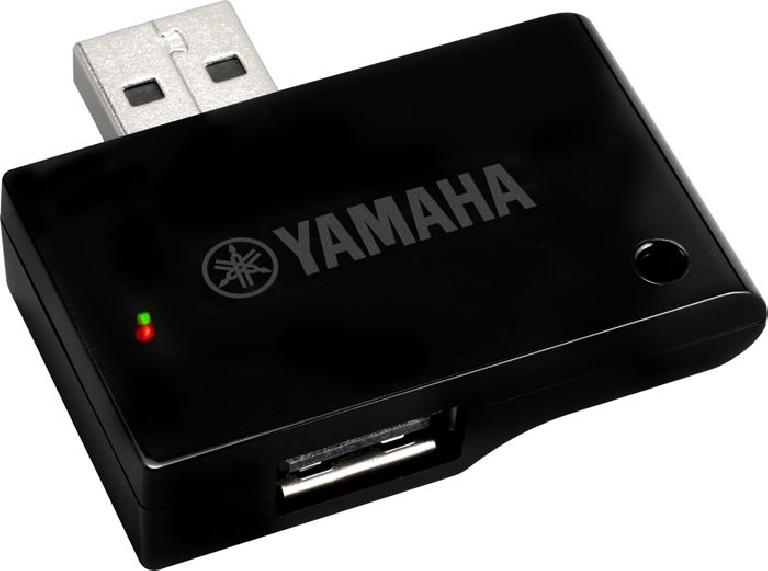 The MD-BT01, however, does receive its power over your standard MIDI jacks. You plug both ends of the dongle into the MIDI in and out ports on your MIDI device and it powers up and starts broadcasting. For this reason, I found the MD to be more convenient to work with, and when given the choice on a MIDI device which has both types of output, I’d use the MD over the UD. 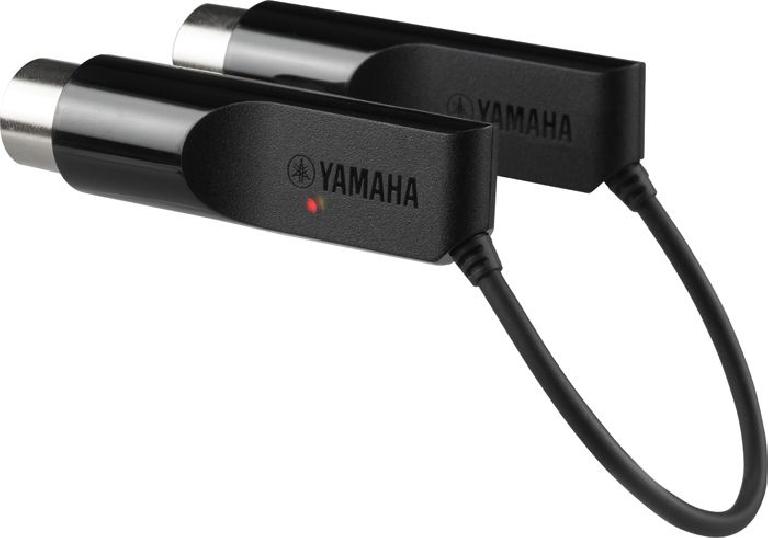 MIDI over Bluetooth has the potential for exceptionally low latency. It’s fast and reliable, and the low data rate of MIDI allows it to communicate back and forth with your device in the sub-20 ms range. This is perfectly appropriate for both live and in the studio performance, and considering how easy it is to set up, I can see both the UD and BT 01 dongles becoming a hot ticket item in studios everywhere simply to eliminate cables and allow for keyboards to be placed anywhere in the studio. 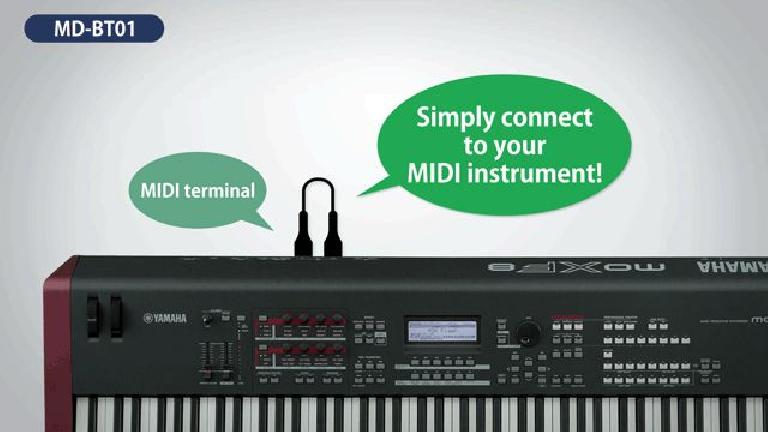 There’s an App For That

With a number of apps available that communicate with Bluetooth MIDI (not the least of which, Apple’s GarageBand for iOS), the reason for purchasing a BT01 increases tenfold. If you want to get into music apps on iOS, you no longer need a separate interface, USB hub, or even USB camera kit to connect just about any keyboard. Yamaha offers several apps themselves to interface with their own keyboards, like the Reface Capture app for storing and organizing presets on the Reface line of keyboards.

The UD and MD BT01 adapters are pretty much no brainers if you work with MIDI devices and want them to communicate with a computer, mobile, or tablet device. I did prefer the MD a tad over the UD, but simply because the MD is self-powered and a bit quicker to set up. If you need to utilize the USB output, the UD works perfectly as well.

Price : $49.99 each
Pros : Quick and easy setup, extremely low latency, rock solid reliability, good range
Cons : The UD requires power to work. This isn’t a fault in the design but more of a limitation of the USB power/signal flow.
Web : http://usa.yamaha.com/products/musical-instruments/keyboards/accessories/interfaces/md-bt01/?mode=model

Charly
Hi Matt!thanks for your nice articles. Do you think The md is powered from any device? I could think to use it with a Yamaha reface cp, and a akay mx8 for example. It would been enough to conceive a "battery powering" to complete this new product for yamaha. Anyway thanks again!
Matt Vanacoro
The MD is powered by any device that has both a MIDI in and out. I've yet to find one that didn't work when both were plugged in.
Norm Hartendorp
I heard somewhere that not all devices with 5pin MIDI out ports carry power. Can you confirm this? If thatâ€™s the case, then the md-bt01 will not work as there is no other external option to power it as in the usb unit. I ordered one for my Yamaha P95B digital piano before finding this out. Iâ€™m hoping that this being a Yamaha product that it will work. Otherwise, Iâ€™ll be forced to upgrade the P95B (which Iâ€™m using primarily as a controller). My main setup was this keyboard into a Griffin Technology Studioconnect into an iPad mini 2. Everything worked perfectly until I recently upgraded the iPad to a Pro 2nd generation. Now only audio gets through -no MIDI and the md-bt01 was supposed to be the cure. Crossing fingers...