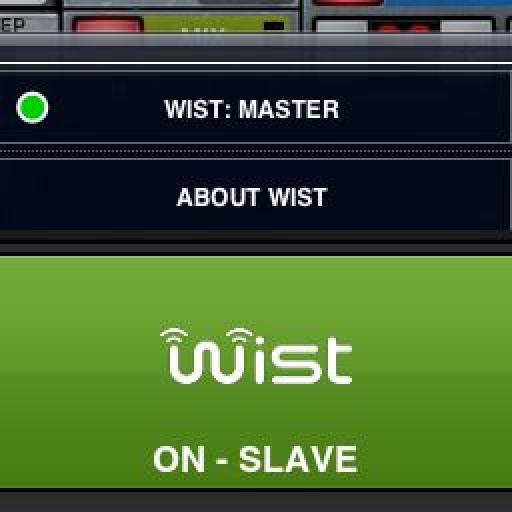 Language
The GarageBand update for iOS brought a new jamming feature. But before its release Korg's WIST opened the doorway to cross-device and app collaboration. Mike Watkinson shares his thoughts.

A common complaint with music making on iOS devices is the lack of collaborative opportunities. Until the advent of the subject of this article (and before the recent GarageBand for iOS update), you were limited to the following workflows:

So, ranging from the slightly awkward to the downright clunky, users are limited to working in one app at a time which is of course the iOS way, and are required to set a 'project' tempo at the outset so that each file plays in sync in the app into which you import it. So no real time collaboration then, and only one user can work on the 'project' at any one time.

To address this issue Korg has come up with WIST (short for Wireless Sync-Start Technology) a clever solution for syncing two iOS devices via Bluetooth. Both devices need to be running WIST compatible apps (see below) in which WIST must be activated. The device that initiates the pairing becomes the master with the other taking the role of slave. Once paired the protocol synchronizes the transport of both master and slave, so that the slave will start and stop, when the master commands. Tempos are also kept in sync, and song position is also maintained.

Step one: Open WIST compatible apps on both iOS devices (here I have ReBirth on the iPad and BeatMaker 2 on the iPhone). 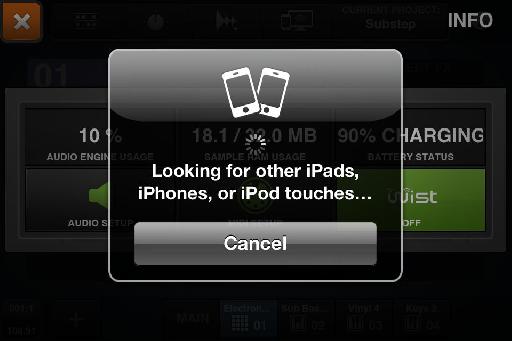 Step two: Initiate WIST sync opinion in both apps. Each will look for other Bluetooth devices that are looking for WIST sync. 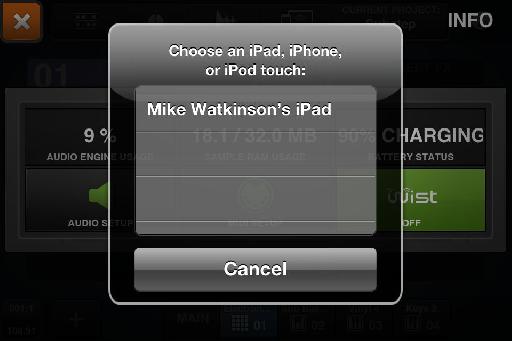 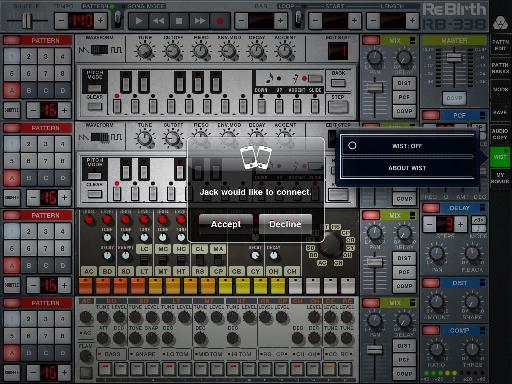 Accept the connection request from the slave on what will become the master device. 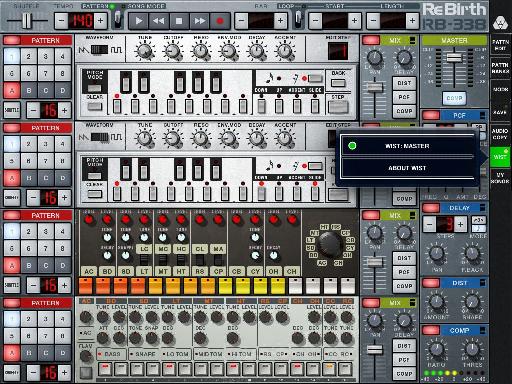 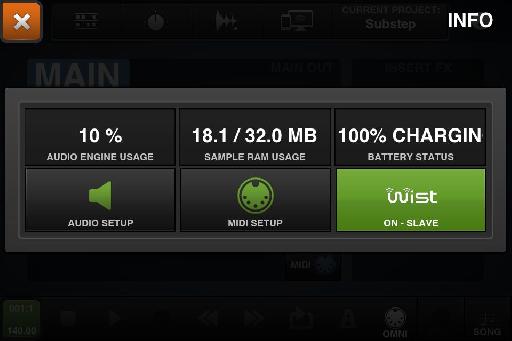 The following image shows the list of WIST compatible apps up to date at the time of writing, courtesy of the Korg website:

For a more up-to-date list check out the Korg site here: