Language
Waves Audio's Tune Real Time claims to provide no noticeable latency and excellent sonic results. A weighty promise that Joe Albano looks deeper into. Find out if it lives up to expectations?

Waves has released another pitch correction plug-in, to add to its suite of pitch processing tools—Tune Real Time. OK, you may ask, does the world really need another pitch corrector? Well, as the name suggests, this new plug-in has a different target application than most of the existing processors—it’s designed to work in real time, correcting vocal pitches as the performance is going down. Waves Tune Real Time has been optimized for minimal-latency operation (adding no more than 0–4 ms latency to the DAW/interface’s latency)—many of the pitch correction plug-ins intended for after-the-fact use, in mixing, have a great deal more latency, enough to make them unsuitable for real-time use, so this is a welcome option for those who need a little help in that department on-the-fly. 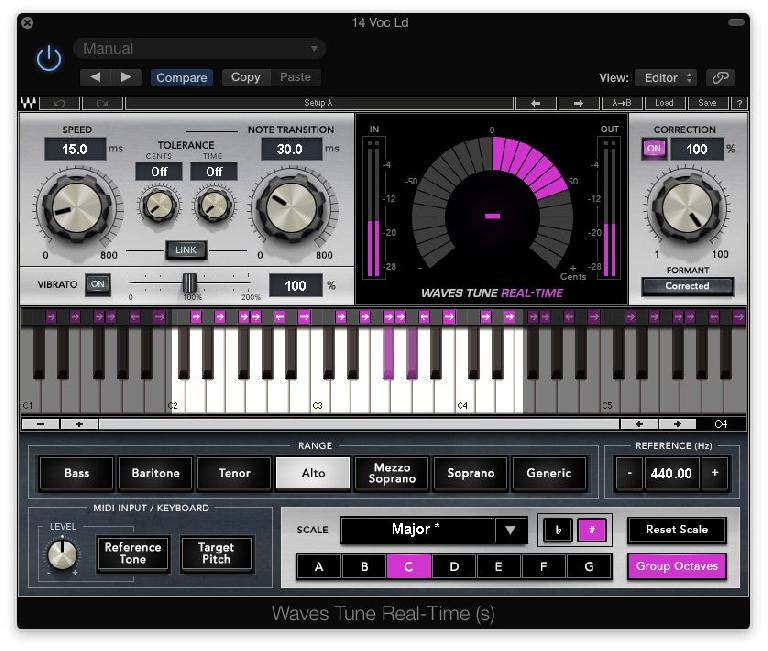 Now, I’m not going to get into the whole argument about whether pitch correction should be used at all, or issues of its overuse among some artists and producers—even if you’re one of those people (like me) who generally feels the less processing the better, there are many situations where these tools can really be life-savers. We’ve all had sessions with less-experienced singers, or worked with songwriters who probably shouldn’t sing, but for one (legitimate) reason or another (funds, logistics) are pressed into service doing their own vocals. I’ve worked with quite a few, and pitch correction can mean the difference between a successful session/recording and a bust. So for all those singers who really do need the help, for recording or in live performance in concert or theater situations, Waves Tune Real Time seems to fit the bill.

The new plug-in has many familiar features and controls, if you’ve ever worked with pitch correction software. Across the top of the window, from left to right, are the key settings. Speed and Note transition knobs work in tandem to optimally detect and correct errant notes. Speed determines how quickly the plug-in detects a bad pitch, and Note Transition sets how quickly that pitch is then corrected to the target note. According to Waves, Tune Real Time uses a new algorithm, and it does offer a good bit of fine tuning to control the transparency and effectiveness of the corrections (of course you can set it for those special effects, too, still in real time!). The right settings for these two controls are the most important for achieving smooth, transparent tuning—with better singers, the defaults seem to work just fine, while with less-skilled/controlled voices, I had to tweak them a bit to get the best results. 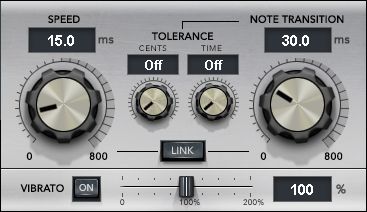 Fig 2 The key controls for optimizing the processing.

Two Tolerance controls—for Cents & Time—could be helpful with this. These can be set to allow a little more leeway before correction kicks in—useful with a singer who has a slight warble, or can’t cleanly sustain correct pitch throughout notes, and wavers slightly. The Cents control allows the voice to go a little past the 50 cent transition point (where correction would switch to a different pitch) before shifting, to avoid warbling artifacts; likewise, Time lets the voice drift for a little longer before correction kicks in, again, to avoid unnecessary pitch shifts on unsteady notes (thick of these like the Hold function on a dynamic processor’s Release). Finally, there’s a Vibrato function. When it’s off, the singer’s vibrato won’t be touched; when it’s on, increasing or decreasing the slider can accentuate or minimize the strength of the existing vibrato on the voice—unlike some similarly named features in some plug-ins, it doesn’t create any artificial vibrato, it just acts on the real, natural vibrato that’s already there in the performance.

To the left, a big display monitors ongoing pitch correction, and there are controls for choosing less-than-100% correction, as well as for Formant correction (which is normally on, to preserve more natural tone, with larger pitch shifts).

The keys have it

Range and Scale settings determine which notes are to be corrected, and the current setting is shown on the Keyboard in the center. In addition to the general-purpose chromatic scale, there are many tonal and modal scales available, and you can create your own custom scales, with the buttons above each of the notes on the keyboard. This feature has a little extra functionality—on a per-note basis, you can enable correction, bypass (waive) correction, or force correction to only the next higher or next lower note. This last option can be very handy, especially if the settings are saved as presets for different songs (in a set list, for example).

To try out some of its more advanced features, I tried using Tune Real Time to change a (prerecorded) melody from minor to major. The singer was mostly on pitch, and the plug-in handled the musical change seamlessly, once I had the best Speed/Transition settings and Scale options in place.

But, of course, the raison d'être for Waves Tune Real Time is to be used on live performances, so I decided to give it a go.

I wanted to see for myself just how seamless it would be to sing through the plug-in, especially for a singer whose voice tends to wander a bit in pitch. Would it be distracting? Would I hear the corrections? Fortunately, I had just such a challenged vocalist available (ahem). I won’t include an audio file of the recording of this test (be thankful!), but I did get to experience the realtime tuning, which was quite interesting.

First off, monitoring the “performance” live in headphones, there was no issue with latency—even with my DAW’s buffer set to 128, I didn’t feel any lag in the processed voice while recording. With an appropriate set of closed-ear phones, I could perceive just a bit of very slight chorusing on corrected notes, against the sound of my own voice in my head, but it wasn’t distracting—a “real” singer, who wasn’t as off-pitch as I was (!), probably wouldn’t even notice it.

So for anyone who needs real-time pitch correction for studio or stage, Waves Tune Real Time delivers the goods. The new algorithm provides seamless processing (when desired), and for more difficult voices, the comprehensive feature set should make it possible, with just a little effort, to get good results even on the most problematic singers. With its minimum latency and transparent processing, this plug-in should fit the bill, whenever its services might be required.

Cons: Not really—the fine-tuning controls that can be so helpful might be a little daunting for some users