Review: Waves NX, A Virtual Mix Room For Your Headphones

Language
Waves Audio's NX (virtual mix room for headphones) has caused a bit of a stir since it was released. Gary Hiebner checks it out, and quite frankly finds it very, very impressive.

I’m constantly on the lookout for great tools to use for production when using headphones. I know it’s not ideal, and I'd rather use studio monitors when possible, but I work a lot with headphones (to produce music when the baby sleeps, etc.), so anything that can improve this gets tested in my books. So when I saw that Waves had released the NX plugin for mixing with headphones, I had to try it out. It works great, but there’s something extra that I really like with this plugin. Read on and you’ll see what I mean.

What NX does is it creates a virtual mix room for you when you’re using headphones. So what’s missing from headphones when you use them to mix is the natural depth of a room, and the natural reflections that occur. This results in a sort of warped sense of the stereo image of the music you’re listening to on headphones. And because of this, what most often happens is that you over compensate on the mix elements like panning tracks too wide or applying too much reverb. This is where this plugin shines—it uses Waves new advanced NX technology to replicate the sound of an actual room when you’re wearing your headphones. And I must say it’s very impressive.

It's worth noting that there's 14-day demo, so you can try it out and hear how well it works. But beware, if you use headphones a lot you're gonna definitely have to add this to your arsenal of tricks.

First, there is a specific way to set up this plugin in your DAW. You need to add an instance of it as the last plugin on your master output. So if you have some mastering plugins on your master output, make sure to add it after them in the chain. Then you’ll go about your mixing with your headphones on, but make sure to bypass this plugin before you export/bounce out your audio. As this plugin is only being used as a reference, you don’t want to apply the NX imaging to your final track.

What is Head Tracking?

NX uses a feature called head tracking which uses your camera on your computer to track the movements of your head. Notice on the plugin how when you move your head around, it picks it up in the plugin. So the plugin uses face recognition technology to determine where your head is in this virtual space. You can even measure your head circumference to give the face recognition software more accurate details. But I found the default settings to work well (at least my head size). 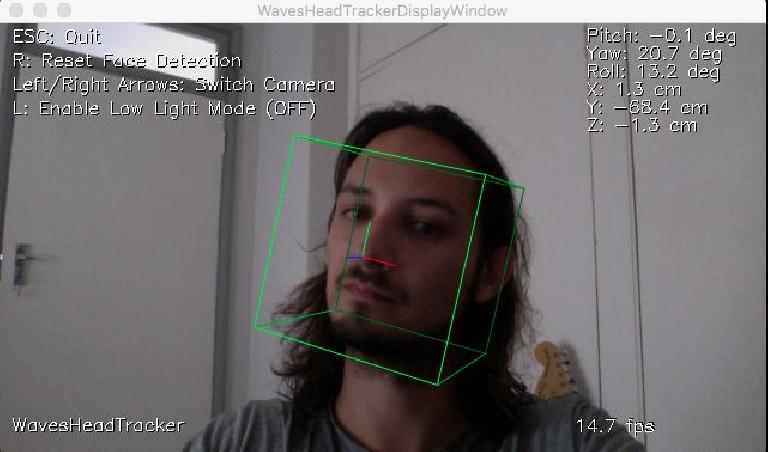 It creates a virtual sweet spot for you, and if you move around too much, you can easily reset this sweet spot to get the optimum mixing position in this virtual room. I found that it was cool using this head tracking feature, especially when you move your head around like 30–60 degrees and hear more coming out the one speaker than the other because your ear is perceived to be closer to that speaker. But it did create some weird phasing issues on the sound when moving around. So I actually preferred to switch the head tracking feature off even though it is impressive. But try it out, maybe you won’t mind the phasing so much.

You can tweak this virtual room. There’s the room ambience section where you can increase the room size by imposing more virtual room reflections. So depending on how big you want your virtual room, this can be easily adjusted. Then next to the Room Ambience parameter you have the speaker position where you can choose where to place your speakers. You can adjust how wide apart you want the speakers and you can rotate them from 0–90 degrees apart, plus rotate them 360 degrees around your head placement. 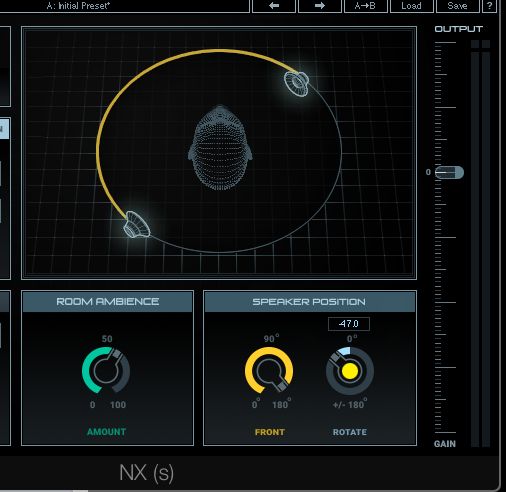 The best thing of all about this plugin is that it has surround components so that you can mix a surround project with headphones. This is awesome. There’s 5.0 and 5.1. So it even caters for the LFE channel. That is pretty insane. But bear in mind that it will be downmixing to stereo for your headphones, so you will only get the perceived idea of a surround image in your headphones, but it still sounds amazing.

I tested this out by loading up a surround project in Logic, and then I added the Surround-Stereo component of NX onto my master channel. I was then able to pan the surround items around in the virtual surround space and hear them in my headphone mix.

Now here’s what I found really amazing, I could use the NX plugin to create a binaural or surround mix of my track. In this scenario, I am leaving the plugin enabled on my master output when I bounce out the track. So what I did was pan some mono elements around on surround tracks, and man it created an interesting mix.

So here’s the example of the Stereo Drums I have in the song:

I’m certainly going to be using this plugin a lot more to create some interesting virtual-3D headphones mixes of my songs.

Overall the Waves NX is a great plugin to add to your music production toolkit, especially if you work with headphones a lot as I do. But what is really impressive about the plugin is its ability to impose a 3D-surround sound to your stereo headphones. I find this feature insanely cool and can’t wait to use it more to create interesting surround soundscapes for headphones.

Pros: Well priced for what it does. Gives you that room environment that is missing with headphone mixing. Can be used to create surround sound-style mixes for headphones.

Cons: Head-tracking is interesting but sounds like gives phasing issues with the sound. Maybe it’ll be better with the headset that gets released.

mikelava
I bought the NX plug-in when it first came out, thinking it was a pretty neat solution to mixing on headphones. While it does give you a different perspective than just using headphones alone, it's not quite what I was expecting. I don't mix in surround, so the surround mode made little difference to me. I ran some stereo mixes I'd done through the plug-in and wasn't sure what to make of it. Also, I turned off the head tracking, as that was more of a "look at that!" selling point than anything else. I'm always in the sweet spot. Anyway, the EQ changes when turning the plug-in on and off. The stereo image changes too, unexpectedly, but I'm not sure the change in EQ is a good thing. I'd be willing to bet more than half of listeners today are using ear buds or Beats headphones. That got me thinking that maybe using the NX isn't such a good idea for mixing a song with headphone playback in mind. The listener certainly won't have NX to use to hear what I hear. So, in my opinion, NX is a nice idea that just leaves something to be desired.