Language
Getting pianos to fit nicely in the mix isn't always the easiest of tasks. Waves Audio's Greg Wells PianoCentric aims to quickly and effortlessly help you mix acoustic pianos. But how does it perform?

The piano is one of the hardest instruments to record and mix properly thanks to its huge dynamic range and the sheer diversity of the tones you can get out of one. Even a sample-based piano or digital stage piano where the recording part is taken care of can be hard to mix effectively since you often have to cope with deep lows, fuzzy mids and piercing high frequencies all from a single instrument. And unlike drums, you don’t generally have all those elements on separate audio channels. So it is why that I, like many people, spend ages with EQ and compression trying to get my pianos to sit just right in a track.

All that fiddling could be a thing of the past thanks to PianoCentric, Waves’ latest collaboration with an industry leading producer. This time it’s Greg Wells, a piano player who has also produced artists including Adele and Katy Perry, so he knows his stuff. Designed to take the hassle out of mixing pianos, it aims to distill years of experience into a single, easy-to-use effect. Waves has taken its tried and tested approach of hiding the vast majority of the processing behind a single large dial, surrounded in this case by a circle of piano keys. 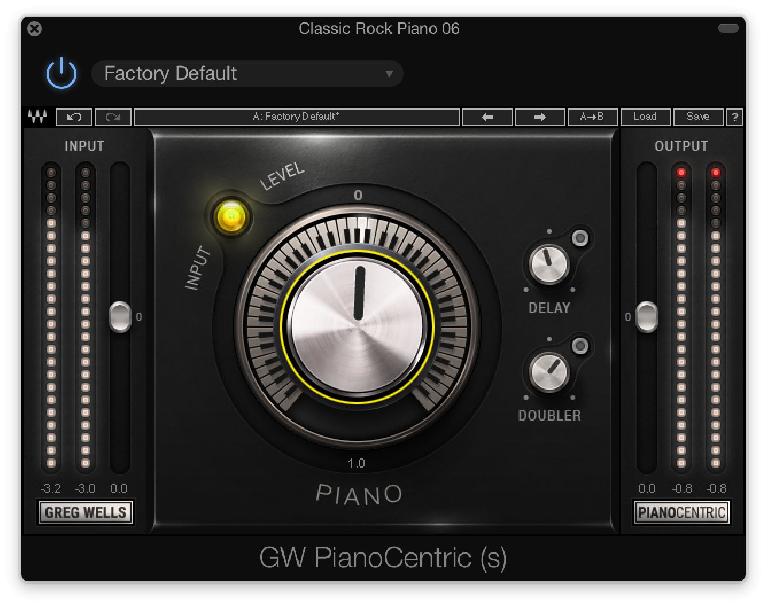 Simple but effective, most processing is controlled via a single knob.

Dial in your Sound

Moving the dial to a different position creates a different processing effect. Broadly speaking, the positions to the right of zero get gradually punchier and more upfront and those to the left become increasingly lo-fi, crunchy and mono as you head towards the far left. Each key represents a different setting though the changes as you go are gradual, not dramatic. There’s evidently a bunch of processing going on at various stages including compression, EQ and stereo effects amongst other things, but this is hidden from the user. That’s a deliberate decision so that you focus on the sound rather than the buttons, and I think it works. Anyone who wants to see exactly what’s happening is still free to layer up some separate plug-ins and tweak them instead.

You get level meters, of course, and also two further effects. The delay is a simple variable effect that can be used to add a little depth to your pianos: delay is often used instead of reverb for this as it’s not as washy and adds space without introducing lots of top end. There’s a doubler which used subtly can add some width and used heavily brings a chorus effect. You get presets too which are useful, though the plug-in itself is so simple to use that you shouldn’t have any trouble starting from scratch anyway. 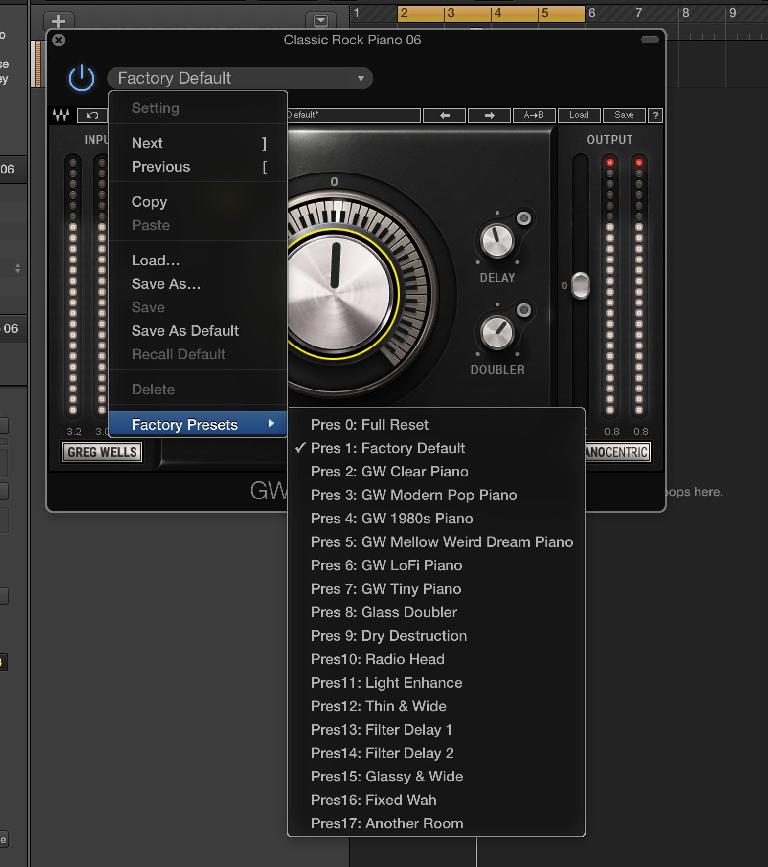 Keys to the Kingdom

PianoCentric is a great mix effect for any kind of acoustic piano tracks and really helps you to settle your pianos into a mix without having to juggle three or four separate plug-ins to achieve the same thing. It’s been built and set up by a guy who really knows his business, and I found it quickly became my go-to effect for acoustic pianos. As ever, you probably don’t need to go more than about ¾ of the way in either direction to cope with most types of music.

Pros: Very simple to use. Copes with any acoustic pianos well. Combines a bunch of processors into a single dial. Saves lots of fiddling with plug-in chains.

Cons: Probably a better investment if you work with pianos fairly regularly