Language
If you're looking for pro audio mastering software, then WaveLab will be on your list. Version 9 adds more tools, smoother workflow, MasterRig, and a new interface to make mastering more manageable.

WaveLab was for many years the go-to mastering application on the Windows platform. As competing software has appeared on the market, Steinberg has been working to keep it at the cutting edge, including porting it over to the Mac a few years ago. Now at version 9, it has some significant enhancements over version 8.5. We’re looking at the Pro version here and it is, of course, more capable than the entry-level Elements version, though that is available too at a much lower price, if your requirements are more modest.

Although Wavelab can record audio, it is primarily an advanced editing, analysis and mastering suite that goes far beyond what Cubase, with its focus much more firmly on tracking audio and MIDI, can do. In fact this version does bring much greater integration with Cubase Pro than has ever been possible before, as we shall see. The most obvious change is that the interface has been refined and reworked. This was always an area in which Wavelab lagged behind a little, due to its years of legacy Windows code and while it still looks more Windows than Mac in terms of style, Steinberg has intimated that the move towards a more platform-neutral look will continue in future updates. 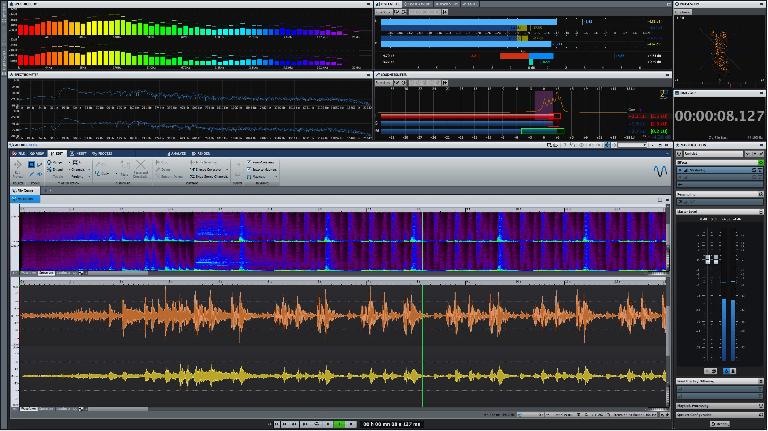 A refined interface, but still much to look at!

Part of the issue has been that Wavelab has so many tools and functions that organizing them in a way that makes sense can be a challenge. There’s now a single window interface with adjustable sections, and many windows can be picked up and detached, or docked. You also get window preset layout controls as you’d expect, and shortcuts that appear when you detach a window to dock it in various places around the interface.

In the centre of the screen is the new ribbon and tab bar where many of the tools live, and it sits above the audio editor where you will spend much of your time. This bar is also contextual so it changes based on what kind of content you select. File groups also let you manage and work on multiple files at once, and the new interface is a marked improvement from the previous version. Although there are still many buttons, the reliance on drop-down menus has lessened and there are tooltips available when you hover over items, which helps a lot. In the same vein, a new Project Manager section helps you keep track of all your projects and the components of those projects using a tree structure, with full drag and drop capability.

A more straightforward way to manage your data

The Master section to the right has also been overhauled and now has 12 effect slots, with processing configuration able to be set for all plug-ins individually, including mid/side configurations. A new Resampler lets you easily change sample rates and again the whole thing has a more approachable and refined feel. Another entirely new feature is MasterRig, a dedicated mastering suite inside a single plug-in with eight slots and six effects. Each module is multiband-capable and the EQ, compressor and saturator also have M/S compatibility. MasterRig feels like a more integrated processing solution than Wavelab has had before: its modules can be freely moved and set up and there are a decent selection of presets to get you started. 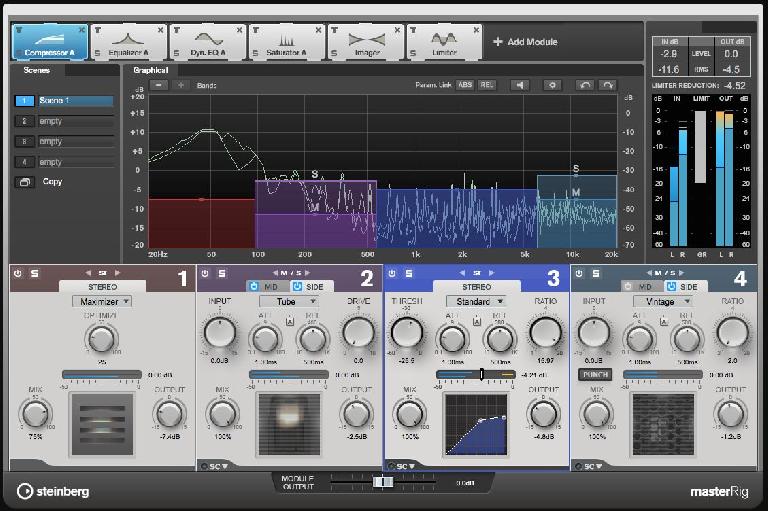 Speaking of flexibility, you can now get access to the mid and side parts of your audio in both the audio montage and audio editor sections, meaning more power than simply working in stereo or mono. Similarly the master section now also lets you audition the M/S signal separately, and your own third-party plug-ins can be applied to M/S signal as well.

Earlier we mentioned improved Cubase Pro integration and this is something that really shines if you do have the latest versions of both programs. You can now send audio clips through from a live Cubase Pro (or indeed Nuendo) project into Wavelab for editing via a shortcut and take advantage of the latter’s much more advanced analysis and editing tools including spectral repair before sending the file back to Cubase with a single click. No manual exporting or importing is required. Similarly, there’s an option when exporting a mixdown from Cubase Pro to send it directly to Wavelab. If you have used this workflow it’s even possible to re-edit a Cubase project using a shortcut inside Wavelab, say for example when you need to tweak a mix that has been shown to be imperfect while you were mastering it. This level of interoperability is perhaps a little overdue but no less welcome for it, and it’s great to be able to move seamlessly to Wavelab for those editing tasks that are beyond Cubase. 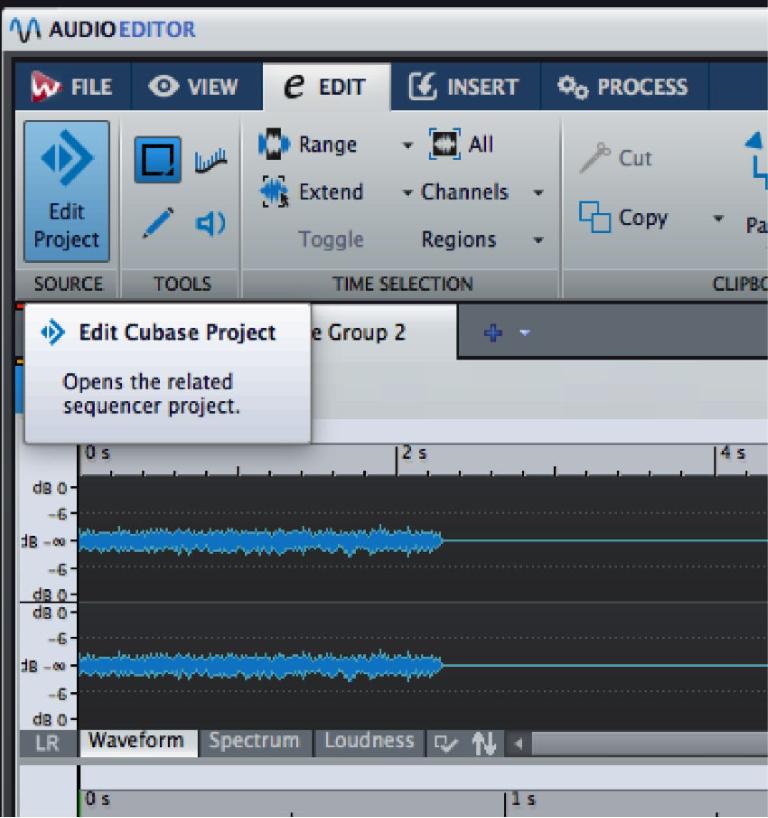 Jump back to a Cubase project to tweak a mix

As always there’s a grab bag of smaller but still useful additions and improvements including envelope-based automation for clip-based send effects, rendering out of multiple data at the export stage, surround exports to MP3 and AAC and customizable naming when exporting large numbers of files. You also get a new multiband expander and an envelope shaper in addition to the existing plug-in set. Some or all of these are likely to be great timesavers for many users.

Back to the ‘Lab

Wavelab is an incredibly powerful audio suite and the new features help to improve workflow, ease of use and productivity. The new MasterRig is excellent and all the existing tools for advanced analysis, editing and audio montage are still present and more refined and easy to use. The new interface is far preferable to the old one and addresses one of the more long-standing issues that Wavelab had.

As a new purchase, the Pro version is sensibly priced if you plan to do this stuff with any degree of regularity or professionalism : there are tools here you just don’t get in Cubase or indeed in lesser mastering apps. Upgrade pricing varies depending on which version of Wavelab Pro you currently have, but it starts at just £79 from 8.5 and £110 from version 8. For owners of these versions, the new features are definitely worth having. And indeed if you are coming up from an even earlier version, you will find much to like. The Elements version is available for £73 though as you might expect its feature set is more consumer-level.

Pros: New interface much more approachable and workflow smoother. Still an amazing selection of tools for working with all aspects of digital audio. Excellent interoperability with Cubase Pro. MasterRig replaces chains of third-party plugs. Everything you need for editing, metering and mastering professionally.

Cons: Arguably still some polishing of the GUI to do, though this is almost certainly going to appear in a future version.