Language
If you're looking for a massive Kontakt library with lush, ambient guitars with lots of character aimed at sound designers and media composers, then you must check out Vir2's Apollo Cinematic Guitars.

If you’re itching to bring in some ethereal, ambient and beautiful guitars into your tool belt for film composition, ambient orchestrations and television sound tracks, you really should take a look at Apollo, a new, amazing guitar, and effect library from Vir2. This massive, 22 GB library is more than just a bunch of samples. Patches, effects, and even ambiences have been carefully assembled, and programmed and produce a tone that offers not only an amazing sound, but a lot of character.

It’s All About the Tone…

Over the last couple of decades, Indie Rock, as well as Indie Folk and ambient artists have enjoyed a lot of exposure through movies like Eternal Sunshine of the Spotless Mind, 500 Days of Summer, and any of the Wes Anderson movies. Vir2 obviously knows their market, because they really have condensed the essence of the spirit and sound into a mere 16 GB-compressed. And that did take some time to uncompress. Was it painless? Yes.

The directions were painless, and once you get into Kontakt 5, the GUI, you’ll find is both most informative, as well as functional. 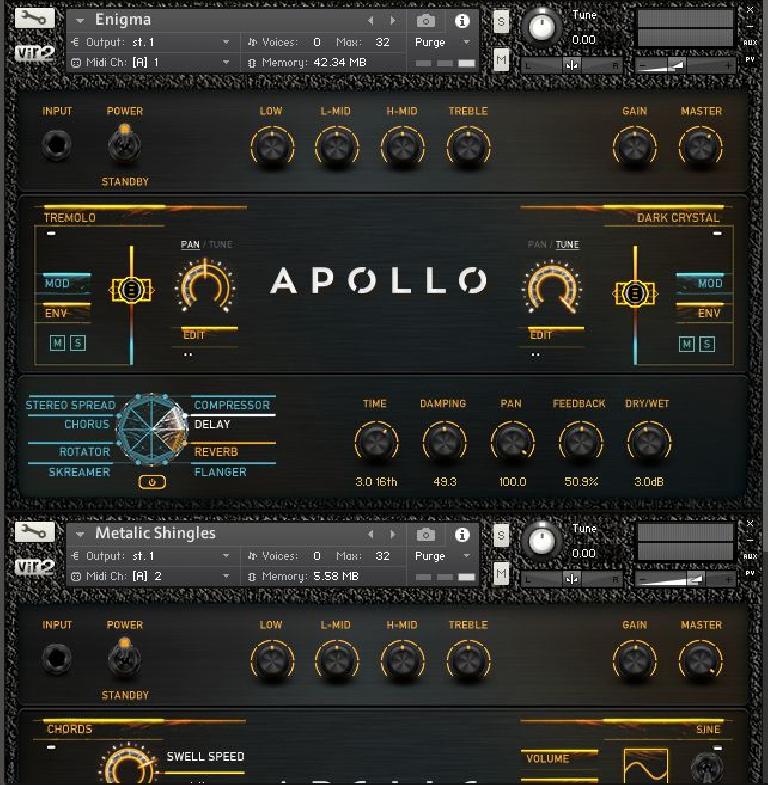 The Phrase Builder patches are amazing. Strums, and arpeggios waft carelessly from your speakers, and give you the full inspiration to score Napoleon Dynamite 2. I was actually playing with these patches, when my girl asked if I was writing the soundtrack to a movie. The sound is there.

More Than a Strum

If you’re thinking that this release is only about guitars… That’s not a hundred percent true. Yes, all the basic audio was guitars, originally. But the tones and samples have also been transmuted into some amazing pads, that can really add a heavy emotion and ambience to either a song, documentary, or film. There’s even an Ambience Builder that’s essentially a multi-mapped sample patch going to both keys and faders within the interface. A few key presses and you can already smell the cannabis, stale beer and incense. 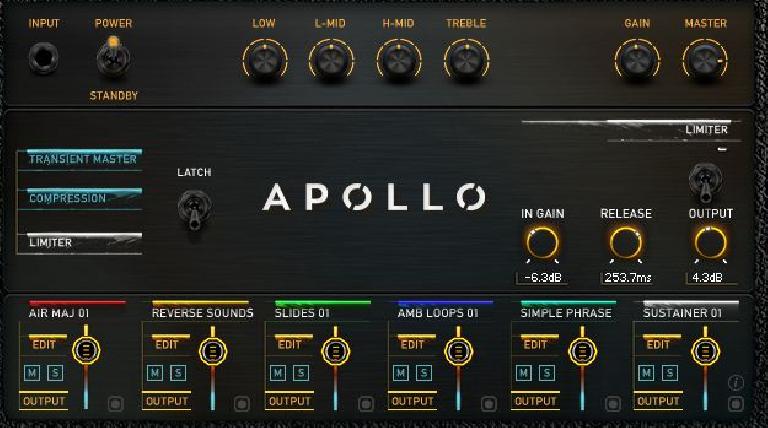 I’m particularly excited with Apollo’s interface, as it allows you to actually stack up to two included pads, while also providing modulation. As I mentioned earlier, the pads are beautiful. But, when you start layering them, you can find yourself really getting lost in the splendor.

What About the Instruments?

Besides the effect, phrase building and pads, there are also a huge number of actual instruments patches, which include acoustics, electrics, basses, and even lap steel. Just so you know, they all sound amazing. But, to take things one step further and ensure that their customers are getting what they paid for. Vir2 also threw in patches that are specific to Swells. 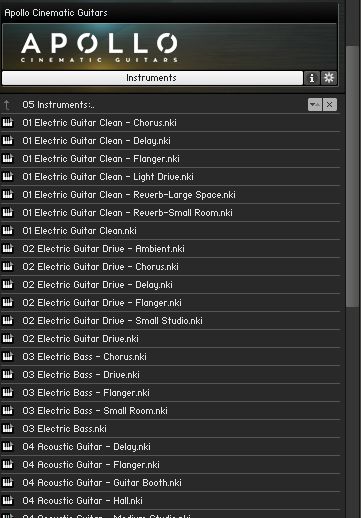 The Mod Wheel is assigned to the filter cutoff. So, in the down position, Swell, and most of the other Apollo patches are inaudible. But you can use the Mod Wheel to cut the attacks, and drift those guitars in. Thus, you get those sick swells that movie composers use to usher in amazing, neo-hippy sunsets, and more.

Apollo is more than just a bunch of patches. It’s a brilliant recreation of a sound in movie history that is far from over. And it brings that sound to a bunch of guys, like me, that can’t, or won’t afford the level of time and hallucinogens that it would take to even come close to how amazing all of these patches really sound.

Cons: It’s bloody huge—you might need to clear space on a hard drive…