Language
Matt Vanacoro has given Aeris Choir Designer the up, down, inside, and out treatment and now he's really pumped to tell you all about it...

I must admit, I was intrigued when I discovered I’d be doing a review on Aeris Choir Designer. As the stage and studio keyboardist for Mark Wood, I find myself reaching for more choir/vocal pad patches than I’d care to admit. The man does love his classical-sounding choirs and dramatic sweeps, and it’s often my job to provide them. Add into the mix that ACD (Aeris Choir Designer) comes from the same team that created the awesome Cinematic Guitars instrument, and my excitement went to full tilt. I gave ACD the up, down, inside, and out treatment and I am really pumped to tell you about it.

Exactly what is a ‘choir designer’, you say? Think of a high-end, lovingly sampled bunch of singers combined with an intelligent script to mix them all together in a hyper-realistic setting. That’s the basic gist of ACD. You’ve got a full male choir, a full female choir, the power to mix the two of them together, and then the ability to add four unique solo singing voices on top of that for tonal flexibility and definition. 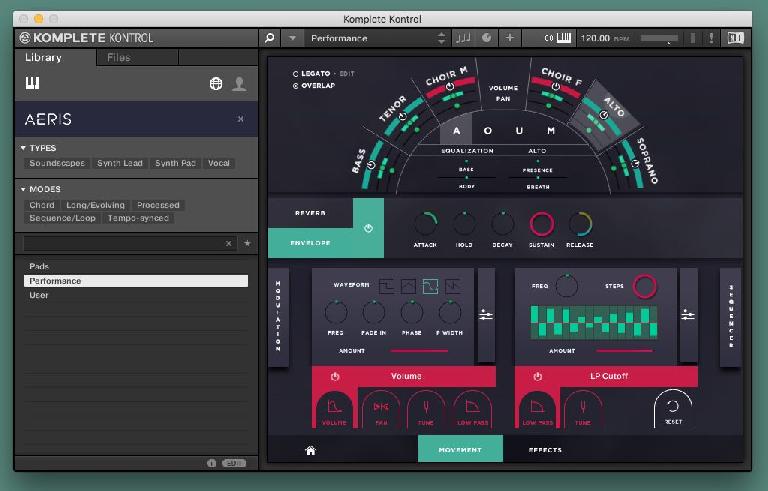 Even after only a few hours with ACD, it becomes very apparent that the Vir2 team worked closely with the musicians whose needs they were meeting. This entire instrument seems designed for workflow, and is laid out in a very easy to tweak format. It is quite reminiscent of a high-end piano library with multiple sample sets, only for singers! You can recreate Ah, Oh, Oo, and a hum sound from each choir, and use endless combinations for variety.

The samples themselves were recorded at two velocity layers for the choirs, and three round robins for each singer. This helps to keep the mechanical ‘feel’ out of ACD and boy, does it do the job. Combined with the envelope menu (more on that later) I was able to get extremely pleasing results in record time.

Three Patches to Rule Them All

There are three patches in ACD: the performance patch, the pads patch, and the user patch. The performance patch is where you’ll spend most of your time if you’re looking for realistic choir samples. You’ve got the ability to cycle through the vowels, turn elements (male vs. female, solo vs. ensemble, etc.) on and off, as well as shape the tone of the choir with various EQ and envelope controls.

The pads patch is really wild. There is a large collection stored here of some really cool ambient pad sounds generated using the samples from the performance patch. Only here, the sounds are run through two pad engines that can be triggered simultaneously. The pad engines allow you to make adjustments with common language such as presence, body, bass, breath, etc. I found the pads to be very useful, and I appreciated the simplicity of the layout. The two engines were easy enough to tweak and load up various presets without having to dive into the manual.

The user patch allows you to peek behind the curtain and load your own samples into the ACD engine. I should warn you, here, that you’ll need the full version of Kontakt 5 to do this—and you’ll need to know a little bit about how to use it. That being said, I appreciate the flexibility of ACD to allow me to utilize their own unique control scheme for my own personalized sample library. 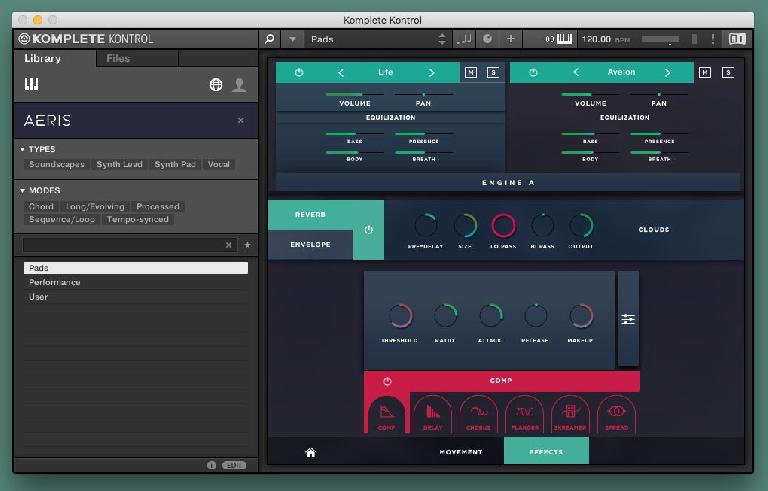 The reverb and envelope controls are located below the currently selected engine, meaning they are available for the pads, performance, and user patches. This is key, because I found that adjusting the envelope (attack and release of the sound) was key for me. Subtle tweaks to the envelope allowed me to tailor the choir’s response to the track I was playing to, and this helped propel my sound from a standard ‘Choir Aah’ patch on a keyboard to something truly transformative.

I will also add here that the reverb algorithms are as creative as the instrument itself. I’ll pull back the curtain here a bit and admit that when performing live, I often disable an instrument’s reverb to utilize a bus effect common to all of my patches in MainStage. This often saves on valuable CPU power and sacrifices little when your sound is going out to a gigantic PA system. With ACD, however, I can’t bring myself to do it. The reverb patches range from presets like ‘clouds’ and ‘galaxy vox’ and they evoke reverb as a truly creative tool instead of a ‘standard’ effect to add. It is very reminiscent, actually, of the Meris hardware reverb I took a look at not a few months ago. All in all, the reverb engine is a win in my book.

The modulation window works similarly to a standard analog synth. You can use an LFO to modulate volume, pan, tuning, and filter parameters in a variety of waveshapes. Once again, this allows for anything from a slow, lush evolution of a filter to the drastic ‘chop’ of a square wave modulating volume. It’s a welcome tool and it only took me even further down the rabbit hole! (My first session with ACD was supposed to be 30 minutes long, 2 hours later…. oof!)

The effects are fairly straightforward, although a bit more than you’d expect for a choral instrument. Compression, delay, and spread round out the ‘acoustic’ effects you’d might want to tinker with when getting a ‘natural’ choir sound. Chorus, flanger, and skreamer bring you into the ‘most certainly unnatural for a choir’ realm. Remember, though, that thoroughly useful pad engine can really help you create some ethereal madness here, so these effects are most welcome.

ACD is indeed the complete package. It’s Komplete Kontrol and Maschine compatible, and you can truly create sounds that range from realistic to out-of-this-world. It’s well-designed, easy to use, sounds great, and works flawlessly.

Cons: Solo voices can’t be used at the same time as the choir voices within the engine, but simply load up another instance of ACD within Kontakt and you’re good to go.