Language
The Casio CZ series of vintage classic synths have inspired UVI to create Cameo, a phase distortion suite of three tasty instrument plug-ins. Do they measure up to GW Childs' expectations?

It must’ve been somewhere near the year of 88 when I first encountered a Casio CZ-101. The first time I heard a pad off of the compact, as well as unique keyboard, I found that I really, really wanted one. But, it never happened. However, I did just get Cameo from UVI, an 8 GB, extensive library combining and honoring sounds from not only the CZ-101. But, the entire lines of CZs! Let’s see not only how they did. But, how they did it!

Three Is the Magic Number... I love the way that they thought this library out. Instead of merely granting you a bunch of patches, UVI has actually broken the library as a whole down in to three basic representations of the classic line, in the appearance of three, distinct synthesizers. These are:

Cameo CZ- A classic version of the library that attempts to emulate the original hardware in it’s myriad of forms. Great for digital, electronic pulses, leads, bass sounds, and more.

Cameo CX- A dual version instrument that allows you to mix and match different groups within the massive CZ inspired library. 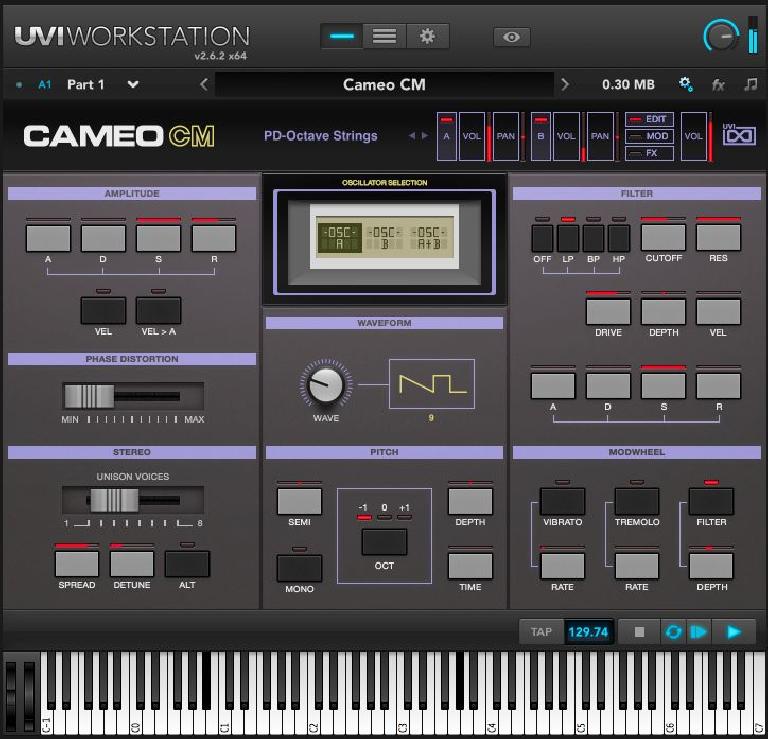 Cameo CM- A modern inspiration of the classic line that also features some of the features from Falcon. Namely the Wavetable Oscillator and the DSP shaping tools. This results in a very interesting hybrid of a virtual synthesizer that really is doing something totally new, within the UVI engine, as opposed to merely playing back a sample library. And, to be honest, this is the variation I found myself using the most. 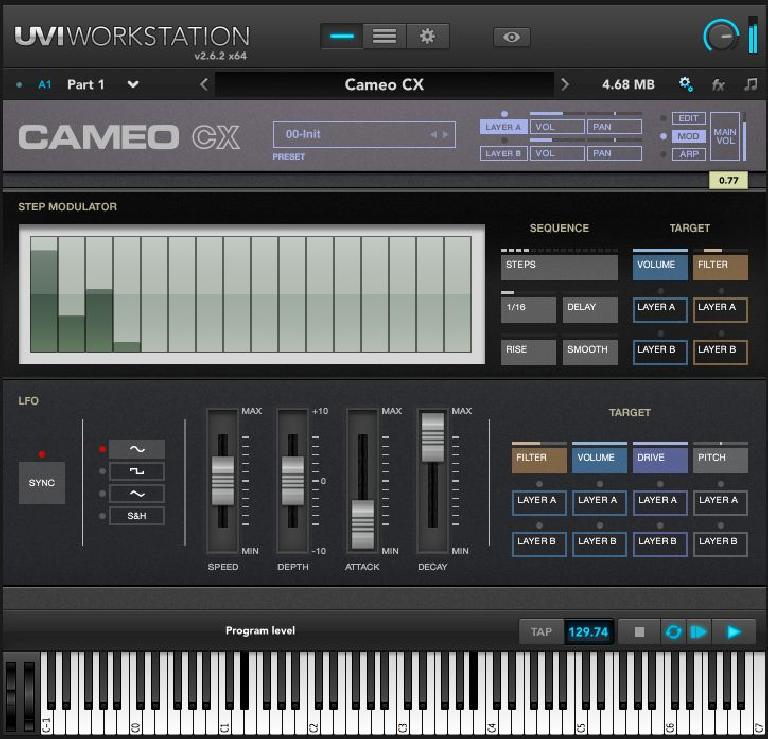 For each synth within the Cameo collection, you’ll notice different interface graphics, each a variation off of one of the classic CZ line. But, you’ll also notice some other, thoughtful additions to each synth that may not have been on the original. For one thing, you’ve got additional, and assignable Step Modulators, which can modulate targets that you’d normally expect. Like Filter, Amplitude, and so on. You also get a pretty powerful arpeggiator. These little extra additions are due to the extremely nice UVI engine/player.

Unlike most sample libraries, Cameo was really easy. Granted, I did have to spend some time downloading the 8 GB. But, once it’s done, it’s really just installing the UVI engine, and authorizing on iLok.

Now, iLok and dongle can be a dirty word for many of us, especially laptop users. Thankfully, Cameo does not require a physical dongle. As long as you register it, and have iLok manager running on your computer, you are good to go.

Thankfully, the UVI engine holds up very nicely and doesn’t require a whole lot of CPU. Patches load very quickly, and the interface is smooth enough, and polished enough that you really forget this is a library quickly. And, really do start seeing each instrument as just that.

There a lot of patches. And, there’s a pretty wide variety that reflect both classic sound design, bordering on the almost horrific, 80s, progressive fusion demo that UVI, themselves put together. But, also a generous amount of modern patches that include not only thick, impressive arp style patches. But, also massive pads, basses, blips, leads, swells, rises, and more.

Sadly, I wasn’t as blown away with the pads as I thought I would be. But, there are some really great basses, leads, and pluck sounds that really stand out in a mix. These actually made it in to some real tracks of mine, I’m proud to say. And, will happily shake hands with the sound designer(s), if I ever get a chance.

Cameo really impressed me. I was kind of worried about the time I’d have to put in to getting another sample library running. But, the UVI Engine really did make it easy. There was just one, big 8 Gb file, nothing else. The instructions were pretty good. But, most of all, I got three new synths out of this that really reflect a line of keyboards I always wanted at least one of.

Pros: Powerful Casio CZ inspired library that incorporates powerful graphics, as well as modern features that go well beyond the capabilities of the original synthesizers. Does not require a dongle, even though it’s iLok protected.