Language
Universal Audio's Apollo Twin USB audio interface pressed all our buttons when we reviewed it for Mac. Now it and the Satellite USB are available for Windows PC. Matt Vanacoro finds out how it fares.

As an Apollo 8, Apollo 8p, and Twin Duo owner for Mac, I’ve got to be honest—I have felt a twinge of guilt for my PC brothers and sisters who have a love for UAD plugins but haven’t been able to bask in the awesomeness of Console 2.0 and all the sweet updates that have come to fruition since the advent of the Thunderbolt interfaces.

With the release of the Apollo Twin USB and the Satellite USB, UAD home studio users now have a realistic option for a great workflow combining UAD plugins and Apollo Unison preamps. Console 2.0 is up and running for both of these devices, and the future for UAD PC users looks bright indeed. 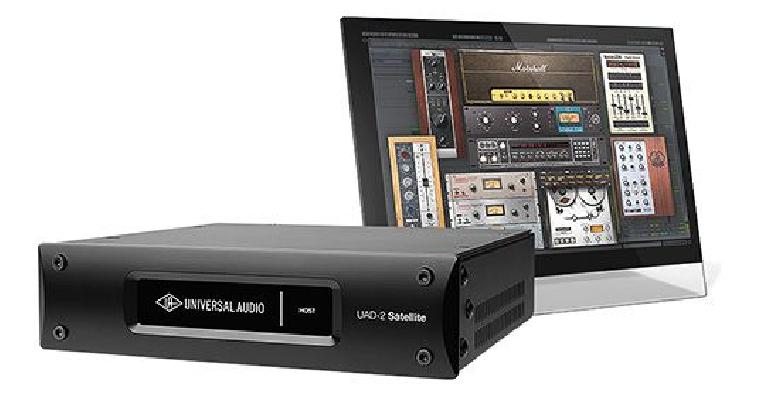 Twin in All Things

The Apollo Twin is a really spectacular interface. We reviewed the Thunderbolt Twin back when it came out, and gave it exceedingly high marks. The Twin USB is identical to its Thunderbolt brother with a few tweaks to make it compatible on the Windows side. Rather than the single Thunderbolt port on the rear, you’ve got a single USB3 port. Honestly, with the ease of use of USB, I’d actually prefer the USB3 version over the Thunderbolt if I had an option—USB3 ports are far more plentiful!

Interface-wise, everything else is the same as the Mac version. You get two great Apollo mic preamps with Unison technology (the tech that allows the mic pre to morph its physical characteristics to better emulate vintage gear), 4 outputs for multiple sets of monitors, an optical input for digital preamps and gear, and a headphone output that is configurable in endless ways with endless effects.

The UA Apollo Twin USB (Back).

Some users may notice that the Twin USB is only available in the Duo configuration (dual UAD2 CPU vs. solo), but honestly—you want the duo. Once you start down the UAD plugin road, you’ll be stacking plugins and not looking back.

As a constant user of the Thunderbolt system, I was interested to see how the USB one held up in terms of workflow. I am happy to report that there was no audible difference in latency or visible difference in plugin power that I was able to notice. I had no problems stacking up plugin chains on my inputs with plugins running on the DSP without latency, and plugins loaded up instantly (perhaps even a bit faster than on my Mac! Although my PC is brand spankin’ new and really, really fast).

Along with the Apollo Twin USB, I was able to test out a more complete workflow with the Satellite USB. The Satellite worked perfectly, and is quite the upgrade for those of you moving up from the Firewire version. The Firewire Satellite had a limitation of about 55 stereo plugins, but the USB3 Satellite has no such limitations. The plugin count can go up into the hundreds, and you can even plug the Satellite into a USB3 hub (a feature not even possible for the Mac/Thunderbolt crowd as Thunderbolt hubs aren’t a reality).

The UAD-2 Satellite USB (Back).

The Apollo Twin USB and Satellite USB are extremely welcome additions to the UAD lineup. Console 2.0 runs speedy and consistently on Windows, and the USB3 connectivity is extremely convenient. If you’re a Windows user and ready to step up to an interface and DSP powered plugin system, or if you’re a UAD user still lingering in the Firewire world, the Apollo Twin USB is a must have.