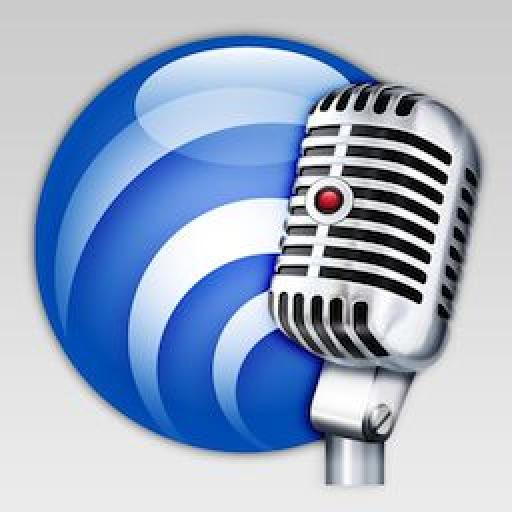 GarageBand on the iPad may be a creative tour de force, but if you need to edit a waveform in detail you will struggle unless you have access to an app like TwistedWave. Developed by the people who brought us TwistedWave for the Mac, a well-featured and wallet-friendly waveform editor, TwistedWave for iOS benefits from the design principles of its big brother: a very clear and uncluttered layout. Having previously used a mouse on a Mac I was a little skeptical about using my fat fingers to make accurate selections on a touchscreen but I have to admit I was pleasantly surprised. Selection is achieved by first positioning the playhead and then dragging it left or right. The left and right selection boundaries can then be adjusted to refine the selection. 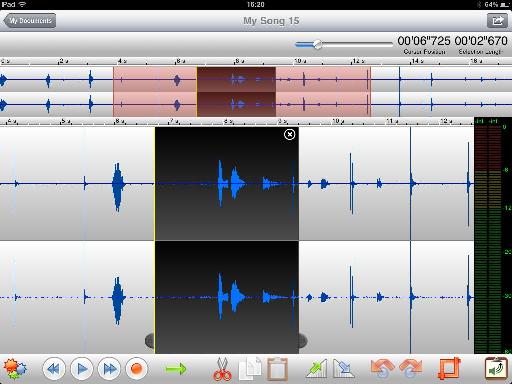 To make this process easier and more accurate, pinch to zoom allows the user to zoom into the waveform as far as individual samples if necessary. It should be noted, however, that selection boundaries snap to zero crossings. 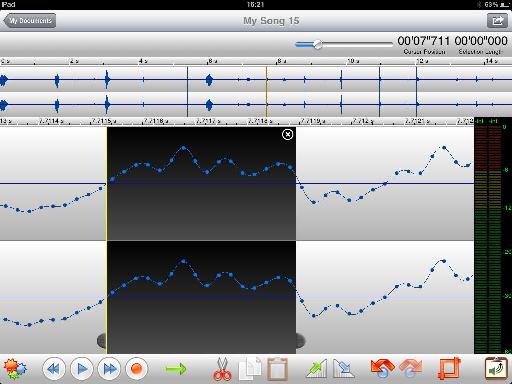 To the left of the transport controls on the toolbar is a button that reveals the list of effects that can be applied, including normalizing, pitch/speed changes, and so on. 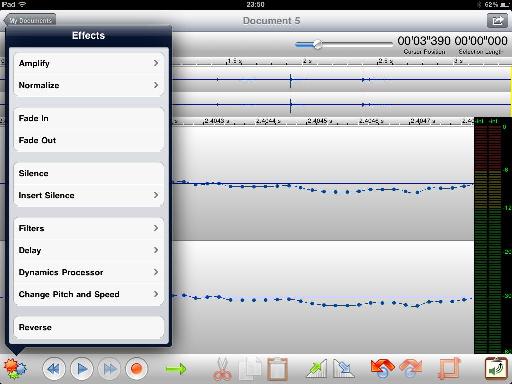 Cut, Copy and Paste buttons are next, followed by Fade In and Fade Out. Next come the all important Undo and Redo. Crop is followed by the AudioCopy/AudioPaste button. AudioCopy first appeared in apps by Sonoma WireWorks and allow the user to copy and paste audio from one supporting app to another, thereby creating workflows between apps in which audio had previously been isolated. 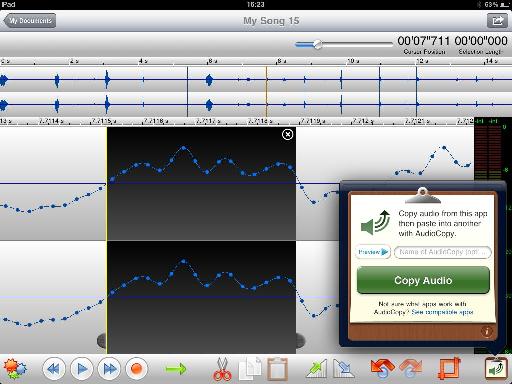 Copying audio to the AudioCopy clipboard

It is perhaps lesser known that if you use AudioCopy to place audio on the clipboard, there are some apps into which'"although they don't officially support AudioCopy and AudioPaste'"audio can nevertheless be pasted. GarageBand is one of these. Take an empty Audio Recorder or Guitar Amp track, choose '˜Paste' and the contents of the AudioCopy clipboard will appear. TwistedWave can therefore become part of several creative app to app workflows on the iPad.

Example 1 - bouncing down in GarageBand

Example 2 - Mac to iPad to Mac

In fact, the Share button in TwistedWave reveals a few more tricks that TwistedWave has up its sleeve: Audio can be exported in one of six formats and delivered to iTunes via FTP, by Mail, to Dropbox, or opened in TeamViewer (or other app supporting '˜Open In...') from where it can be copied back to a Mac. 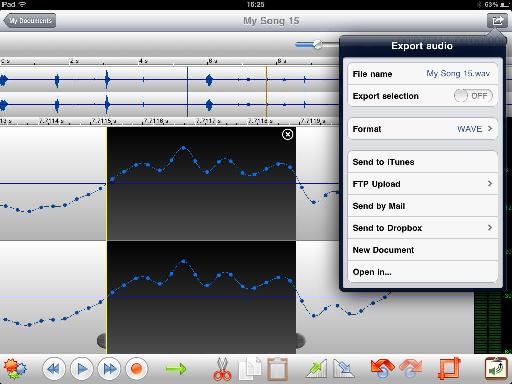 At Â£6.99 ($9.99) TwistedWave is not a pocket money app, but it is a versatile, easy to use and accurate audio editor capable of serious waveform editing making effective use of the touchscreen environment, and may very well prove to be an invaluable tool in your mobile audio workflow.

Gary Hiebner
Great Suggestion. Just got an iPad and am looking for good audio apps to use.