Language
Handcrafted by Jason Cushing and Yan Doiron of SoundMorph, this 2.9 GB library from Twisted Tools is sure to add some darkness to your edgy cinematic tracks in Reaktor, Live, Logic, NI formats

Twisted Tools are back with a new sample library that focuses on dark, sci-fi excitement with some truly haunting audio. In this review, I'd like to share with you how the final package stands up, as well as the true questions—Just how good is the audio?

Out of all of the more boutique developers of sound and audio tools out there, Twisted Tools still tend to be the leaders, in my book, when it comes to covering all the bases. The documentation covers all avenues. Which is good, as this library covers so many different formats. Ableton, Maschine, Reaktor, Battery, Kontak, EXS24 are all represented, and include individual manuals for each installation type. If you don't have any of these formats, Darkmorph also includes a new version of their sampler, the MP16, now known as the MP16e sampler, which is a Reaktor-based loop sampler that sports some incredible features and has an awesome pad-style layout. 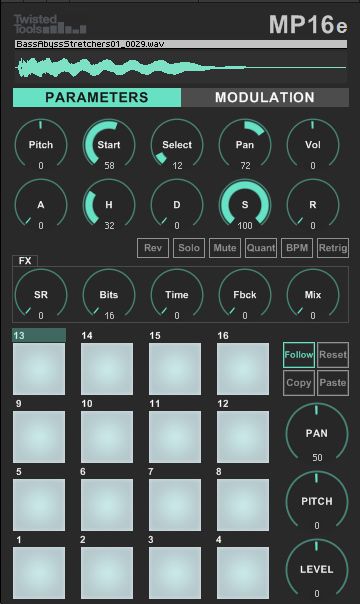 What about the Sound?

As usual, Twisted Tools does not disappoint. And, they got some great people to make this happen. Jason Cushing and Yan Doiron of SoundMorph put this very sick library together. If you haven't heard of SoundMorph, they are responsible for award-winning audio work on A-list titles like Mass Effect 2 and 3. I could list more, but those games are two of my favorites and carry enough weight for this reviewer. And, the library does have that sound. If you're into dark, electronic, and sometimes techno-organically disgusting, you're going to love Darkmorph.

If you're into dark, electronic, and sometimes techno-organically disgusting, you're going to love Darkmorph.

I started with the drums, as that is just what I do. As usual, the sounds quality is superb. But, what tickled my fancy even more was the fact that this library does not cater to any particular genre, but at the same time sounds very modern and sounds almost organic enough to be used sparingly inside an acoustic environment.

My absolute favorite would be the Robotical audio that is included. Keep in mind, SoundMorph does a few libraries of their own that center around robotic lifeforms. So, there's plenty more where those came from. But, Darkmorph sports a large assortment. And, when you consider that the ambiences, pass-bys and even User Interface directories are included, you soon discover that, if you're working on a video game or movie, you're covered here. And, then some! However, the library does follow the name, it's dark. 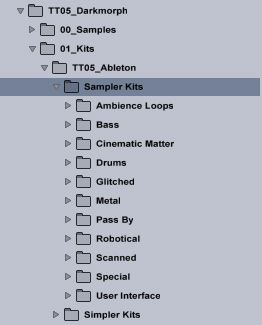 While Darkmorph will cover the cinematic side of your work, don't think it's a one trick pony. An extremely slick Lemur map is included for the MP16e. So, if you're doing some live sets, or just doing some really intricate foley, you'll be pleased to know that Twisted Tools, again, has you covered.

This really is a library where you can hear the amount of work that went into it. And, where some audio developers go with chipper, bouncy, exactly what the radio plays type formats, Darkmorph is emotional, arcane and can, at times, make you question your sanity. If you've ever watched Event Horizon, you'll know just what I mean. If you're doing any industrial, gothic, dubstep, glitch or trap, you may also want to give this library a listen, as this is a library that blends, but could also help add some 'new' to all of those genres.