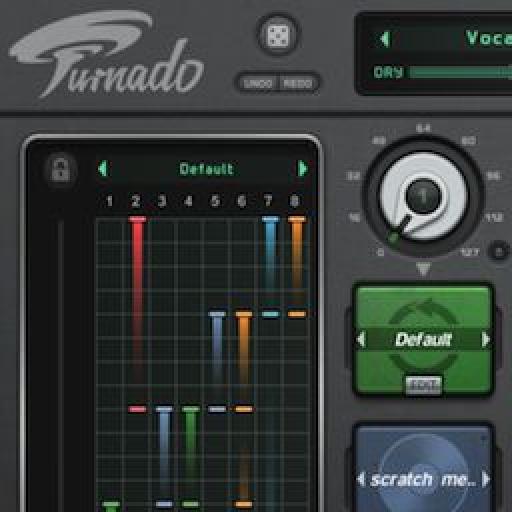 Language
From DAW plug-in to iPad app, Sugar Bytes have designed something rather special for the digital mobile musician in Turnado. Hollin Jones gets mangling with this iOS processor powerhouse.

Sugar Bytes is well known for its innovative approach to plug-in design, and the German developer has now brought its skills to bear on the iOS platform with a version of its much-loved sound mangling processor Turnado for the iPad. Like many of the more serious apps we're seeing released for the platform, it's a little more expensive, but then it's a lot more capable.

The interface will be fairly familiar to anyone who has used the plug-in version, but here there are more options and tools than you might expect from an iPad app. The first thing you'll want to do is load up a loop, and it comes with some great bundled sounds. Load one up and hit play and you will find that dragging any of the dials on the eight effect slots will dynamically apply that effect to the sound. There are four X/Y pads available and each can be made to 'stick'