Waveform 11 is a new free DAW from Tracktion that promises unlimited music-making capabilities. But can it deliver? Hollin Jones finds out.

Tracktion has been around for quite a while and has diversified from making its flagship DAW into also developing standalone plugin instruments. It was quite a surprise to learn about the way it has chosen to delineate version 11 of Tracktion Waveform; essentially into a free and a paid version, with an OEM (free with certain hardware) version sitting somewhere in the middle. Waveform Free is “fully featured” according to the developer, which having used it seems to mean there are no areas where you will be restricted when it comes to the fundamentals of recording, editing and mixing music. It also means no artificial limits on track counts. Of course the paid version offers way more plugins and some functionality that may be crucial to the way you personally like to work, and it does start at just $119. You can see a full feature comparison here. (https://www.tracktion.com/products/waveform-compare-versions)

Back to Free though. A modest 230MB download, you can manage extra content through the download manager app, and there’s several GB of content for the two bundled instruments - Micro Drum Sampler and 4OSC, a digital synth. The app runs on recent versions of Mac OS and Windows and also, remarkably, on Ubuntu and even Raspberry Pi, which must make it one of the most genuinely cross-platform DAWs out there. 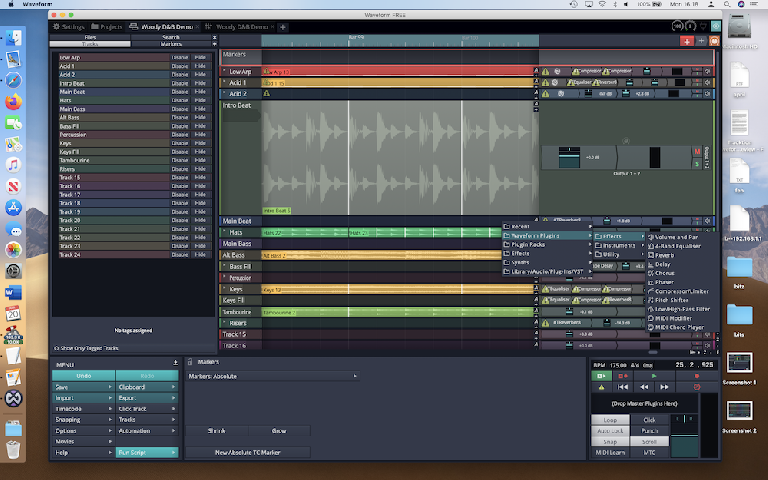 The interface is quite clinical and vector-based, which makes cross-platform development easier as well as enabling interface customisation without headaches. Here you can choose theme colours, and many tabs, windows and sections can be resized, moved, floated and docked. A window manager makes all this straightforward to deal with, although presets are not available in the free version. The button-and-box based interface style can lead to a little information overload at first, especially for new users. A viewing of the getting started videos is highly recommended. All DAWs do things differently and if you’re not familiar, it will take a little time to work out how everything fits together - especially if you’re coming from another DAW platform.

It’s fundamentally a linear DAW, so you have a Browser on the left with Files, Tracks, Search and Markers sections, and a track / arrange area in the centre. To the right is the Outputs panel where you can see the signal path any given audio or MIDI track is using including plug-ins, and selecting modules here causes them to appear in the Controls area at the bottom where you can make settings and tweaks to whatever module it is you have selected. A configurable mixer lives in the centre and can be made full screen or spun off to a new tab, with sections that can be shown and hidden as well as different width views for managing larger projects. 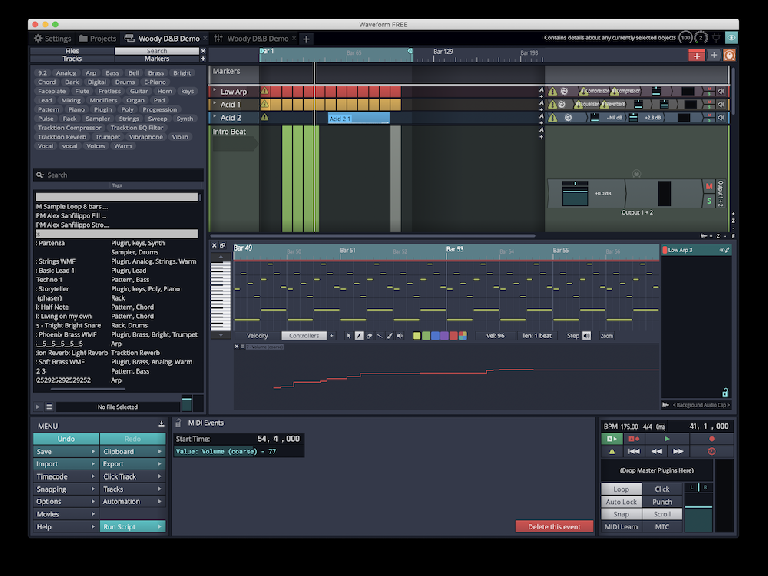 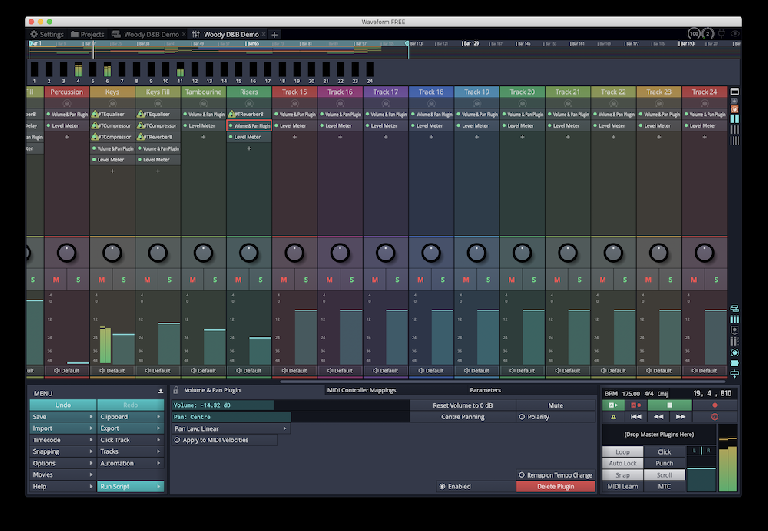 The main menus are accessible from the bottom left corner of the screen and in the right corner is the master transport panel as well as record modes, master output meter and many other vital project parameters. This section can be collapsed into a smaller toolbar to save space, but as far as I could tell, can’t be moved anywhere else or detached. It’s a minor quibble, though I happen to like a floating Transport panel, and my menu options at the top of the screen.

There’s full audio tracking of course with very high sample and bit rates supported, which you set in the main Settings. This is also where you find a wealth of other tools including plug-in manager, keyboard shortcuts, preset chords, control surfaces and much more. There’s most everything you could want in terms of customising input, output and the way you interface with the application. Tracking at very low latency seemed to work flawlessly in my tests, and recordings were crystal clear.

Once you have found your way around, workflow is good and the app slick, smooth and responsive. There’s been a lot of work done on the interface since I last used Tracktion (as it was then called) some years ago. Iconography is always tricky but the tooltip box is invaluable in revealing the functions of the many small buttons you’ll encounter along the way.

The two bundled instruments - a synth and a drum sampler, are fun and sound great. Third party plugs are supported of course and there’s sandboxing built-in, an invaluable technology that prevents a dodgy plug crashing your whole project. The procedure for adding plugs could arguably be slightly more streamlined - at present it’s a little like that of FL Studio, choosing from lots of dropdowns, where I personally prefer more direct access to a list. This may bother you or it may not. In the free version, most of the bundled plugins lack a dedicated GUI, so you get a bunch of sliders and buttons instead. They sound the same of course but if that’s an issue for you, the paid version does have them. 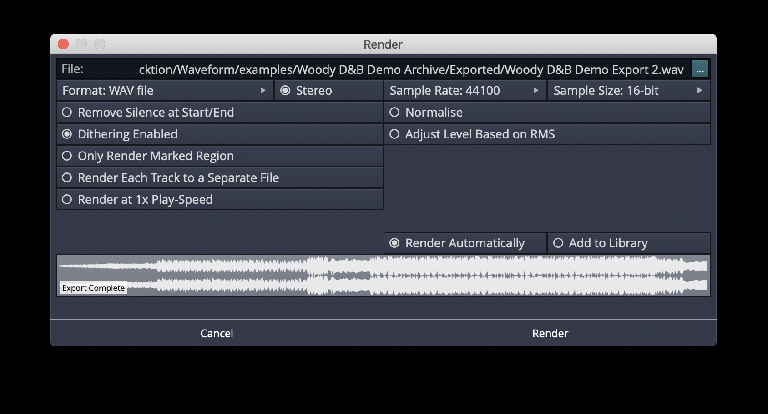 A lot of other stuff you might not expect from a free DAW is available too including full automation, a comprehensive MIDI editor, timecode support, modifiers, submixing, freeze, render, scripting and decent exporting options although no batch stem export that I could find. The paid version also adds things like an Arranger track, plugin macros, video support and more as well as a bunch of extra plugins and loops.

Waveform Free opens up more creative avenues than any other free DAW I can think of in terms of what it lets you do. There are no artificial limits, just a slimmed-down feature and content set compared to the paid version. The workflow takes a little getting used to and will hopefully be streamlined somewhat over time, but this is more of an issue if you are long-time user of a different system, not so much for a newcomer to DAWs more generally.

Tracktion Waveform 11 Free is a great way not only to get started but also to learn much about the ins and outs of recording and production, and you can of course make whole projects from start to finish in the application without adding anything. If you’re looking for a free DAW that more than outperforms expectations, it’s well worth a look.

Cons: Hard to criticise a free app but interface a little stark in places. It would be nice to be able to float the transport.