IK’s flagship mastering software can reasonably claim to have started the process of democratisation of mastering to regular people: the millions of us who can’t afford professional mastering services with any great regularity. As the company has diversified into many other product lines, notably hardware and iOS apps, T-RackS has remained, receiving updates and expansions, but staying largely the same in the way it looked and behaved.

Now version 5 is here and although the workflow will be recognisable to anyone who has used T-RackS before, there’s been a significant redesign with emphasis put on modernising the application’s feel. It’s still more or less single-window, but now the whole thing can be dynamically resized and certain sections expanded or contracted to customise the view. As with a lot of modern apps, gradients are out and slick, flattened graphics are in. 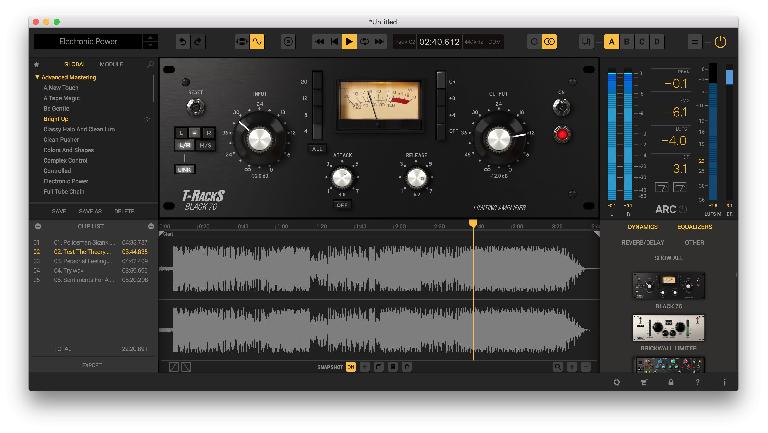 You can load up one or more tracks and start to add processing. There are global presets, device-based presets and of course the individual modules can be dragged and dropped into various configurations (parallel or serial), added, removed and tweaked as you see fit. The number of modules you get depends on the version you opt for. In my “Max” version I got all 38 processors: in Deluxe you get 22 and in the regular version, 9. See a detailed comparison here.

This difference between versions takes on more meaning when you learn that the modules are also available as plug-ins for your DAW, so as well as T-RackS running as a plug-in or standalone app itself, you can also call up the individual processors during tracking and mixing. There’s a great selection from compressors, EQs and reverbs to limiters, imagers, echo and more. Obviously the entry level version focuses on core processors while the full-fat edition has all the extra bells and whistles as well.

The updated interface feels really nice and there are some new modules in addition to an upgraded audio engine. Master Match can take the sonic character of up to three source tracks and apply them to your project, which should be interesting for trying to sound like specific artists. There’s more than just copying settings to achieving a great sound of course, but this will be interesting to experiment with as time goes on. Dyna-Mu is a variable compressor / limiter, EQual a powerful 10-band parametric EQ and there's ONE, which is an all-in one module containing multiple stages that cover the essentials of mastering a track. This seems - inevitably - a little more ‘catch-all’ than loading up several modules, but it’s a nice option to have for less experienced users. Note that the four new modules come with every version, including the least expensive. 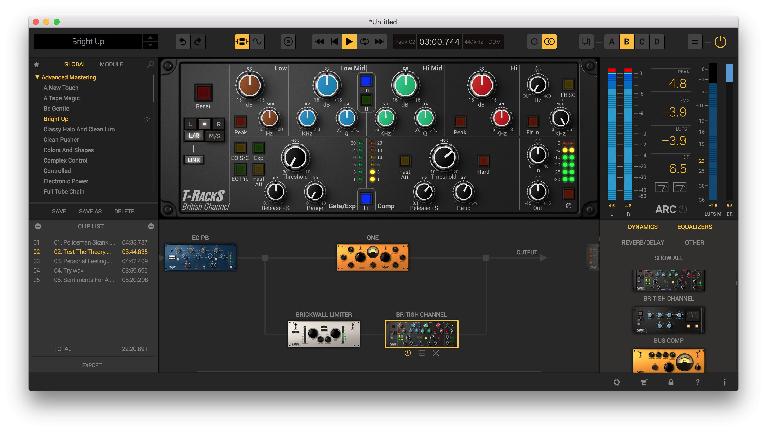 Note also - because this matters - that you can add extra modules to any version in future using the Custom Shop feature, including a 14-day demo. Obviously buying as bundles means discounts, but you do have options when it comes to specifying your rig.

The metering tools are all present and correct, nicely presented in a new pop-out window. A new LUFS meter joins the spectrogram and others, and handy features like A/B/C/D comparison, snapshots, fades and preset saving are all still available. Additionally, a new Album Assembly view lets you assemble a bunch of files into an album using their waveforms as well as extensive metadata and crossfades, then export in multiple formats including with cue sheets for duplication. As much as we distribute online, physical CDs do still have a place so this is a welcome addition and saves you buying an extra application for this stage. 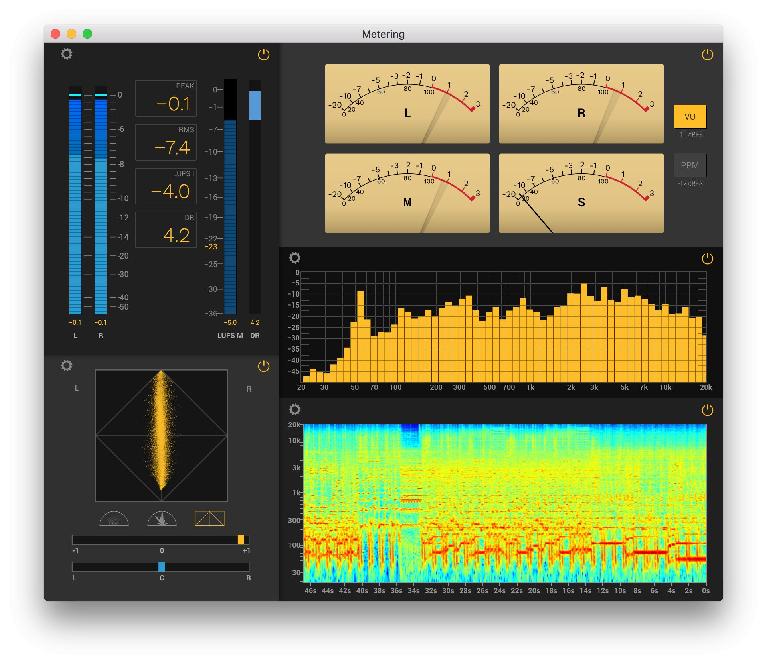 T-RackS was my first experience of mastering many years ago and though I’ve since used other systems, it remains a personal favourite. The results sound great (when you put the effort in of course) and it’s easy to use while providing plenty of flexibility. The new interface here is slick and fast, keeping everything you need no more than a click away. Presets are useful and there’s comprehensive monitoring, A/B control, snapshotting and now album assembly as well. The ability to use the modules as plug-ins is a definite bonus and will help to mitigate the cost if you are opting for one of the more fully-stocked versions. A demo version is available too so it’s well worth checking out and seeing what it can do: if you’re not accustomed to the world of software mastering you may well find yourself very impressed with the results.

Cons: The MAX version is arguably pretty expensive, though does provide a wide range of modules for use in mastering and tracking.

Learn more about mixing and mastering in the AskAudio Academy here.

ivandub
I've got the cheapest version of this but the included modules are all I really need. Being able to use the modules as AU plugins is a real bonus. I run a low-powered FM station and, using AU Labs (a free utility from Apple), I can insert any of the modules into the audio chain which makes a real improvement in the quality of the transmitted signal. I haven't used it for it's intended purpose (mastering) yet but I've no doubt it'll do the job very well.