Country is one of those genres that’s not always so well represented when it comes to music software, save for a fair few guitar pedal and amp simulations of course. And yet it’s a hugely popular kind of music, especially in the U.S., and artists like Jake Bugg have brought the sound back into the mainstream elsewhere as well.  So as far as instruments like drums go, there is likely to be a considerable number of composers and producers out there—I’d guess many will be guitarists—who are making country music but don’t have ready access to a great drummer, nor the specialized tools required to get that classic country sound.

Toontrack rides to the rescue with its latest EZX offering, the Traditional Country expansion pack for EZDrummer or Superior Drummer 2. It’s a fairly modest download and once installed simply appears inside the drum software like other packs. There are two elements: the kits themselves and a selection of pre-made MIDI grooves sorted by tempo and style, and which let you build up intros, verses and choruses. Stylistically these are classic country, fast paced and dynamic. It’s worth noting that although you can edit MIDI inside Superior Drummer you can’t inside EZDrummer. It is, of course, possible to record a groove from the instrument straight into a MIDI track in your DAW for editing, which is easy enough as workarounds go. 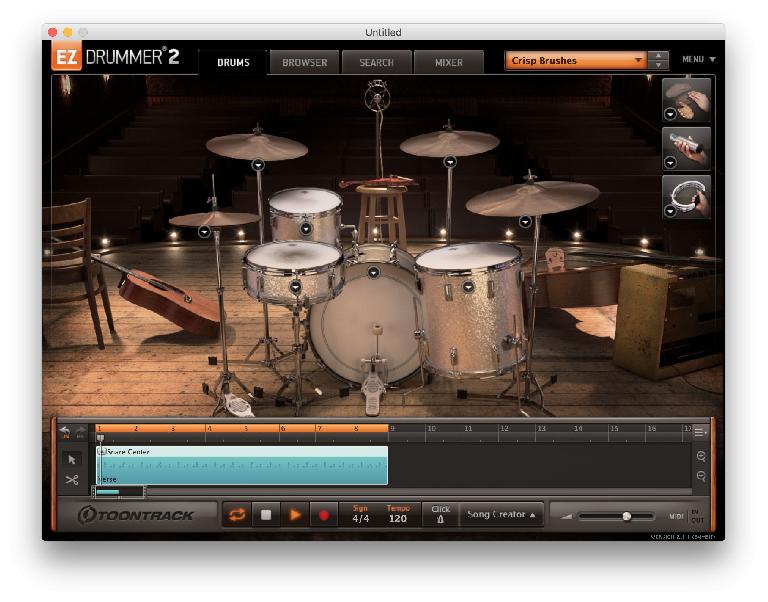 Sounds as good as it looks! 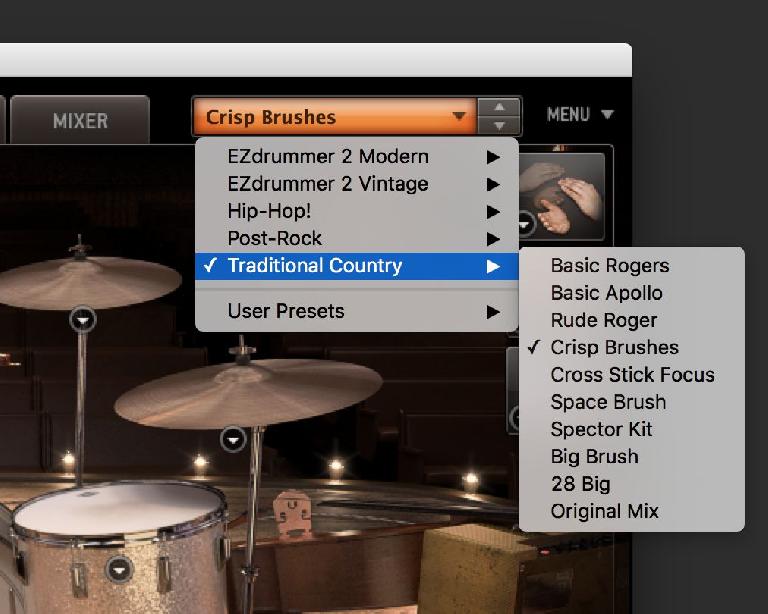 Pick from a number of classic kits

The sounds were recorded in the Quonset Hut Studio, the first ever to open on Nashville’s Music Row and which hosted such legends as Patsy Cline and Johnny Cash. Experts in country production recreated a classic 1950s recording session with help from original players, staff and notes from the time. There are three main kits: late ’50s and early ’60s sets by Rogers and Ludwig, and an Apollo MIJ kit, all recorded with gear from the period. The first two are sampled with sticks and the Apollo with sticks and brushes and there are three additional snare drums and a smattering of percussion pieces. As with every EZX you can click on any drum to choose another from the set and so mix and match to create your perfect kit. 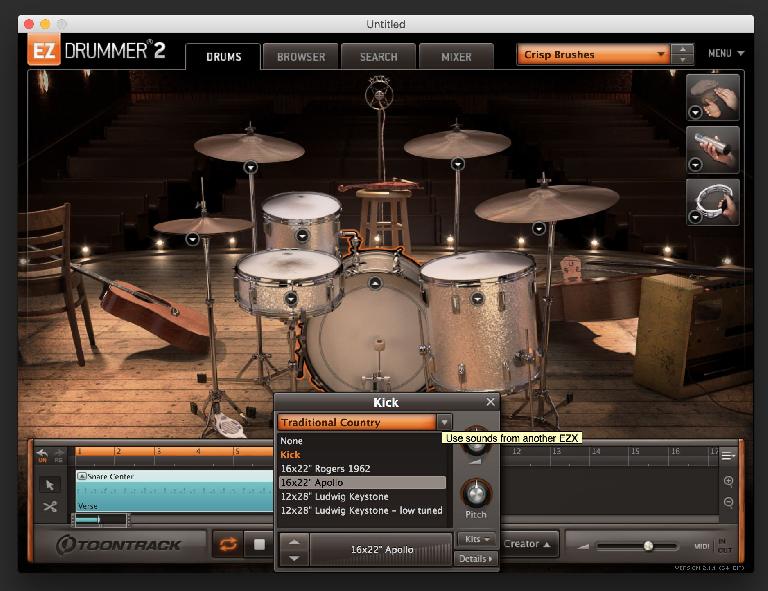 Swap out any drum element for another to customize kits 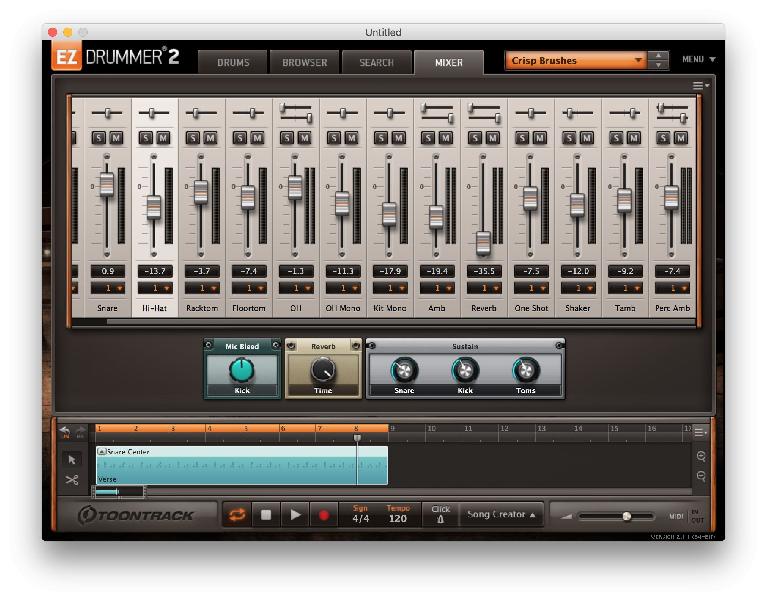 There’s onboard mixing plus effects

Sonically these are absolutely first rate, with the real sound of a warm, country studio. Rather improbably for someone from northern England, I have spent time in Nashville studios and seen first hand the craftsmanship that goes into recording there. It’s definitely in evidence here, with sweet, sonorous kick drums and snares with just the right balance of bite and body. The cymbals are musical without ever sounding harsh and when paired with the bundled MIDI grooves it’s like having a pro country drummer in a box.

You can get a pretty wide range of sounds too thanks to the different kinds of kits and playing styles available, from rumbling and percussive through to much more upfront and punchy for a more modern country feel. There are effects as part of the kits though in EZDrummer they apply to the master output only rather than individual channels, but again by routing channels out into your DAW separately you can quite easily process them separately using external effects. If you choose not to, the onboard mixer offers a decent mixture of direct and ambient mics to help you shape your sound more precisely.

Cons: EZDrummer is less fully featured than Superior Drummer, though you can work around this if running inside a DAW.