The latest additions to the Pocket Operator family bring sampling, voice synthesis and much more to the table. Hollin Jones popped in some batteries and got to work...

One of the great things about the form factor of Teenage Engineering’s Pocket Operators is that it lets the company continue to diversify the kinds of sounds the different models offer. The concept is more or less the same across the range, but the engines and precise feature sets are different. This means that if you have learned one you will be able to use any of the others pretty easily and they can even be connected together.

The PO-32 Tonic introduced something new to the mix - the ability to sample audio using an onboard mic. This is extended to the two newest models. The PO-33 K.O! is a micro sampler and sequencer with a mic and 40 seconds of sampling time, and PO-35 Speak is a voice synth and sequencer which also has a mic, and 120 seconds of sample memory.

The core workflow is much the same as the other Pocket Operators. The units are a little larger than a credit card with exposed circuitry on the rear - as ever, get a protective case if you plan to travel with them. They are battery powered and have a metal stand, as well as small but amazingly loud built-in speakers, and 3.5mm audio in and out ports with “jam sync” which synchronises multiple units together when connected. There’s no MIDI or USB or anything like that, rather they are self contained instruments albeit with the caveat that they can communicate with each other and also send and receive audio.

Visual feedback is via animated LCD screens which skitter with movement. The numerical and text information is helpful but whether you find the animated graphics anything more than an amusing distraction is a matter of personal choice. I myself find that I kind of tune them out quite quickly, so it’s not a big deal.

You interact with the synths using a grid of buttons. The buttons on the top row and right column are function buttons and the remaining 16 are data entry buttons. So If you press and hold the Sound button then number 7, you’ll load sound 7. Hold Pattern and press 11, and you activate pattern 11 and so on. The two rotary controls are for parameter changing - essentially anything that requires more than an on/off value like speed, effect amount and so on. 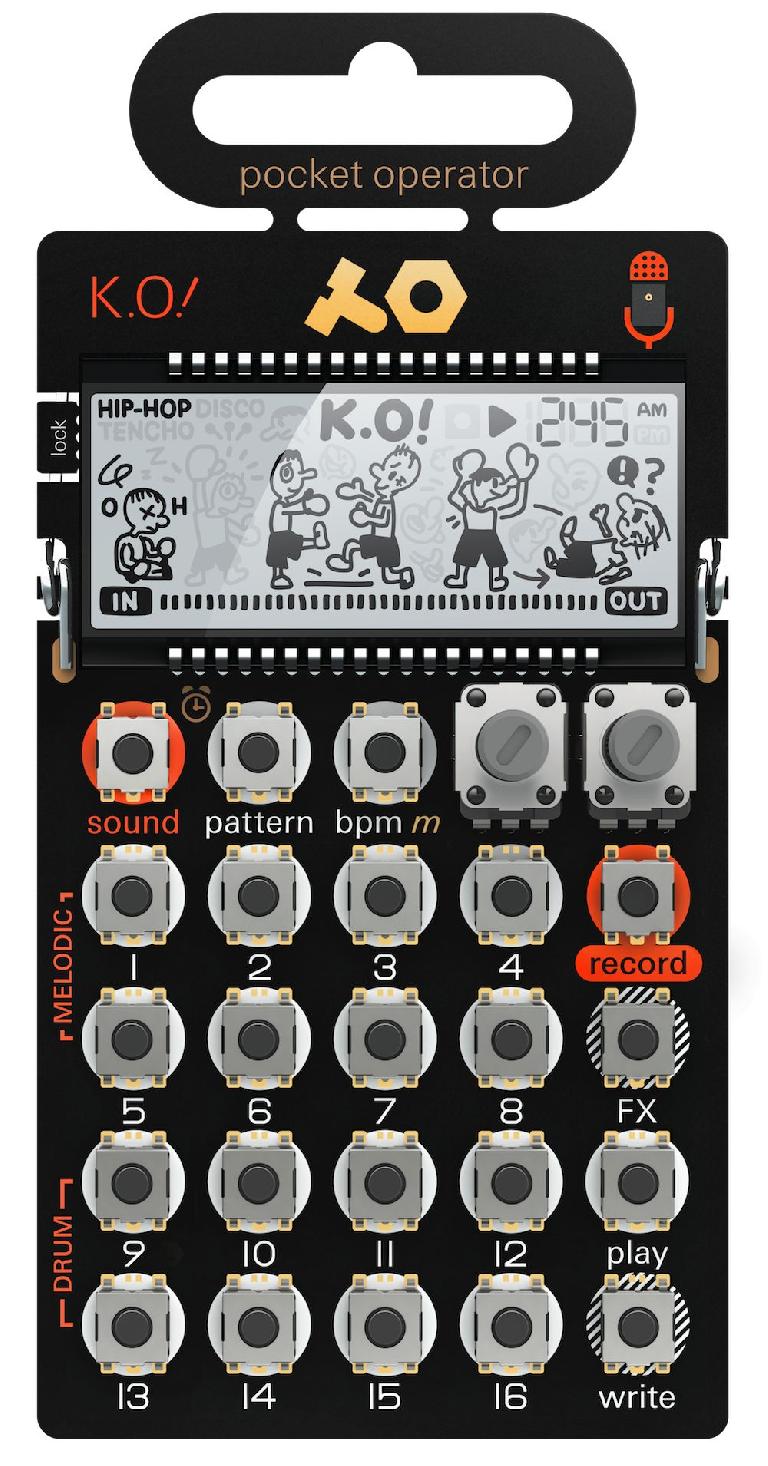 The PO-33 K.O! has 8 melodic sample slots and 8 drum slots into which you can record using its onboard mic or the audio line in.This is facilitated by a large, friendly Record button. Any of these can then be sequenced using the built-in sequencer and have any of the 16 supplied effects applied to them, which tend to focus on weird, experimental and glitchy styles. If you record samples into the melodic section, your trigger buttons represent a chromatic scale. Recorded into the drum section, each key represents a slice of the sound.

The two rotary controls can be used to change the pitch and volume of a sample as well as its start and end point, and also control any filtering. You can copy sounds or slices between different slots. The sequencer then works like all POs - add swing, automate effect sweeps using the rotary controls and so on. Chain patterns into a song and even send data to other POs via an audio cable.

Since it’s a sampler, the PO-33 pretty much plays back what you sample into it. It’s very good at cut-up sequences, sliced beats and glitchy loops and patterns. The sound shaping tools and effects and the simple but straightforward sample editing make it easy to morph and twist your sounds into other things. The limitation of 40 seconds of sampling time is oddly empowering in an age of terabyte hard drives and can inspire you to approach sample-based music in a different way. Let’s face it, if you want to sample an orchestra you’re going to be using a huge rig to do it. This on the other hand is immediate, portable and fun yet somehow much more than a gadget. Yes, it is small but it’s also actually capable of some really cool, gritty and surprisingly loud results. 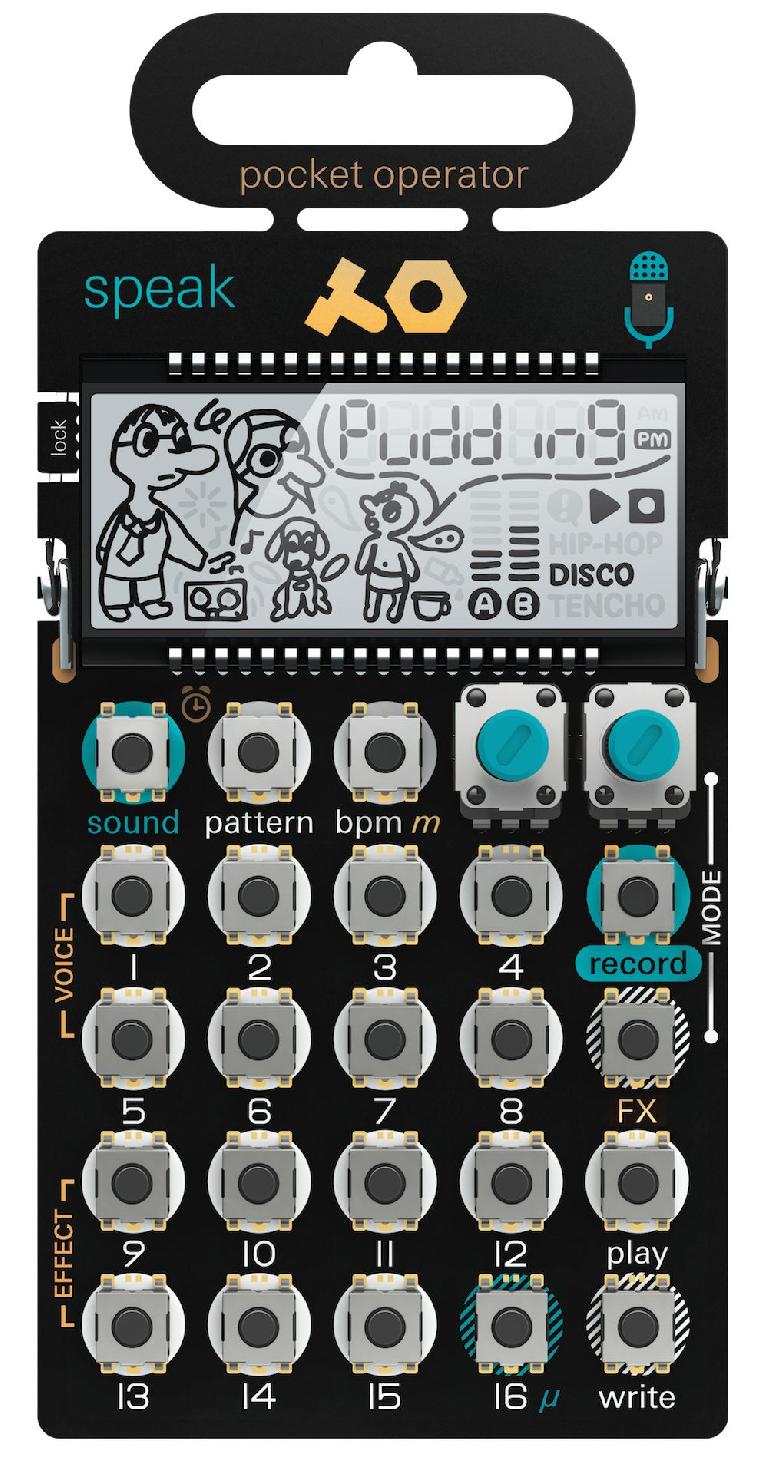 The PO-35 Speak is somewhat different in its aims. It has the same basic workflow - a mic for sampling and 120 seconds of sample memory this time, but also a few unique features. You get 8 voice characters and 8 effects, the ability to transpose and change scale and also to replace the onboard drum sounds using Microtonic in the same way you can do with the PO-32 Tonic (though this requires an additional purchase).

This model is particularly adept at taking your voice samples and messing them up, repeating, resynthesizing and re-pitching voice sounds to make them into electronic instruments. As well as the start point and speed of a voice sample you can edit its pitch and formant - the kind of editing that changes a female into a male voice for example. As a dedicated voice sampler and sequencer hardware unit as opposed to, say, a feature incorporated into a DAW, I found it provided a fresh perspective on working with this kind of cut-up sampled music and beats. Having a relatively limited set of tools (compared to a DAW) means your attention is more focused on just doing the task. 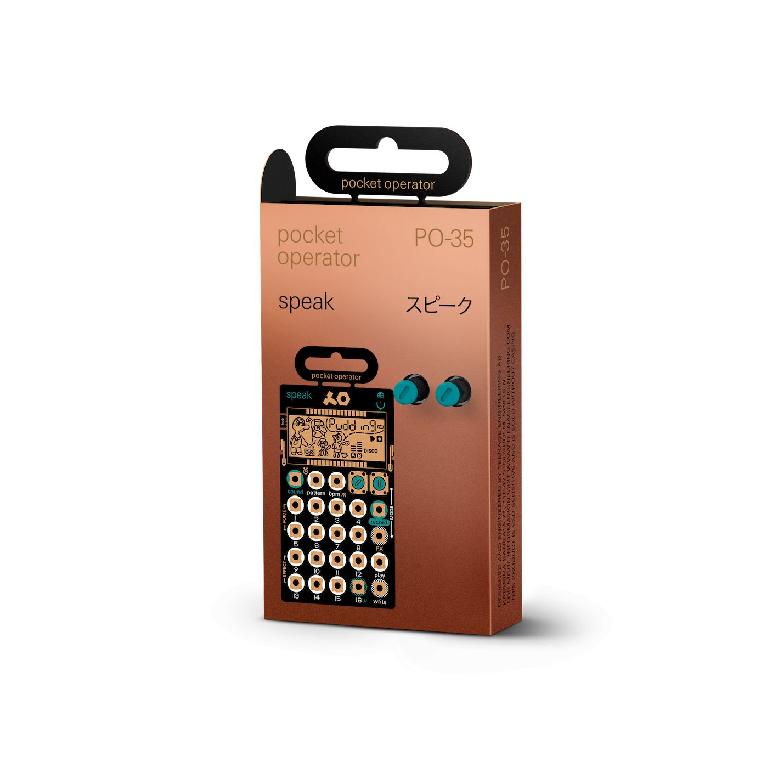 These are worthy additions to the Pocket Operator family and both able to claim their own identity. Still very affordably priced, they are something of an antidote to the all-encompassing software DAW world in which so many of us live now. Carry them with you, make music, sample and sequence wherever you are. Power from batteries, use the onboard mic and speakers - no extra gear required. At the same time, they are surprisingly powerful tools, capable of excellent results. I can’t wait to see what Teenage Engineering comes up with next.

Pros: Tremendous fun. Insanely portable. Battery powered. Onboard mic and speaker. Sample editing and excellent effects. Sequencing is intuitive and powerful. The PO’s workflow makes sense when you learn it. Sample, edit and sequence in hardware for not much cash.

Cons: I’d always advise adding a case if you plan to carry them round a lot.