Language
Microphone Parts say they've analysed the best vintage microphones and found a way to provide circuits and capsules that deliver the same tone at a fraction of the price. We check out the T-47 here.

Growing bored with wondering about whether any of these kits that claim to emulate a classic piece of gear were worth the time, or the money, I jumped on a chance to investigate a DIY kit, for myself, and see if this was something I really wanted to do. My opportunity came in the form of the T-47 Mic Kit from Microphone-parts.com, that while not seeking to emulate the classic Neumann KM84, is based closely on the KM84, though the T-47 is actually a large diaphragm mic.

In this review, let’s go over not only the completed mic, but also the kit, itself, and see if this is something that you might enjoy! 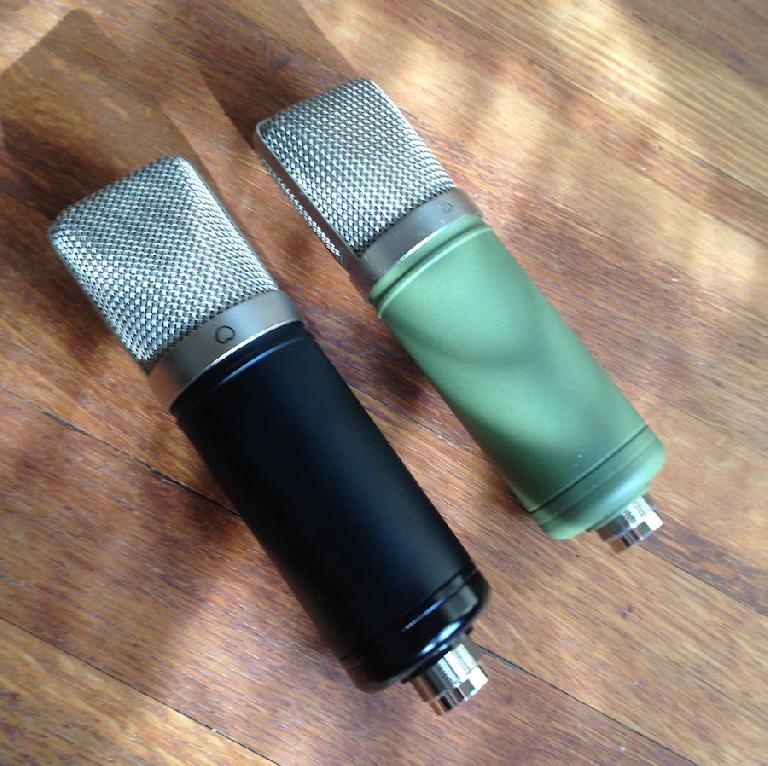 Even though I haven’t built any classic devices (yet), I have actually done a bit of soldering here and there, with Livid Kits, and so on. And, the thing that tends to hold you up on any kit, more than anything else, are the manuals. Before I heap any praise, or dish any remarks about the T-47 kit, I’d like to start off by stating flatly—this is how a kit should be presented.

Included with the T-47 kit, and printed in color, written legibly and worded coherently are some amazing instructions that really do leave very room for doubt. 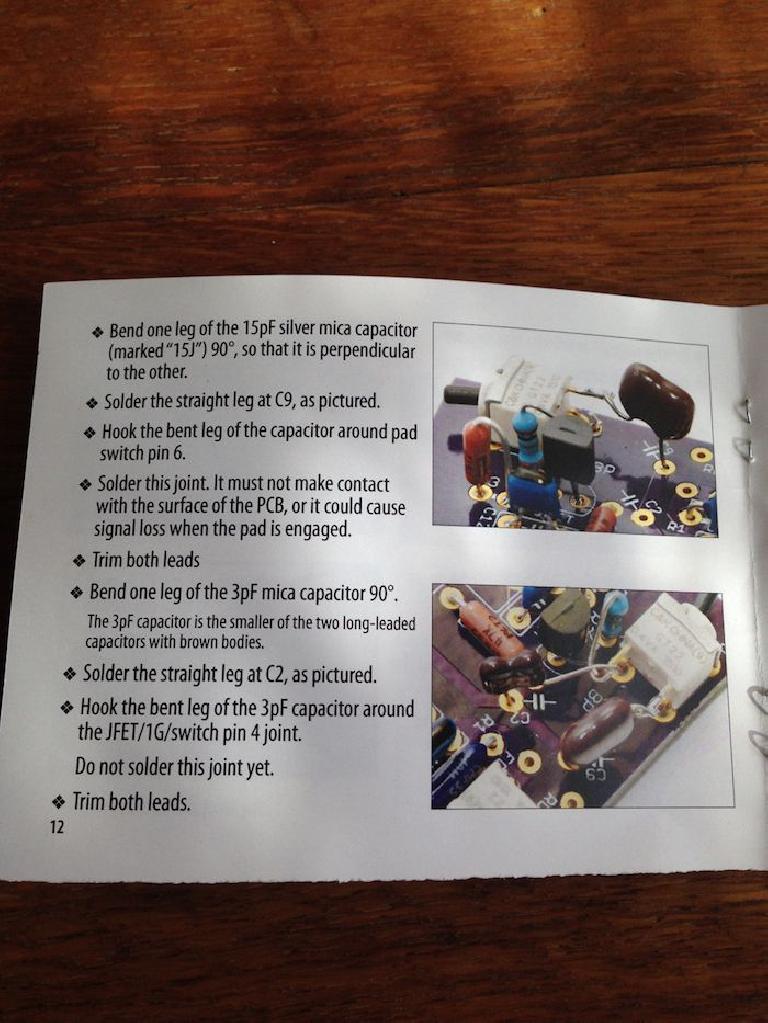 Now, does this meant that this kit is a cakewalk? No, not necessarily. There’s an extensive amount of soldering involved. But, as long as you are paying attention and looking at the well taken pictures, within the instructions... And, you know how to solder, you’ll be fine.

The sound is beyond impressive. And, the look, and quality of the kit is top notch.

The body of the T-47 comes in either a black anodized finish, or matte green. When you feel a completed model, it feels solid. Not chintzy, like some might expect. And, regardless of color, the mic looks classy. On the outside, there are no visible switches. However, when you unscrew the end cap and slide the body sleeve down, you gain access to two switches—one for the Pad, and one for the mic patterns (cardioid or omnidirectional). 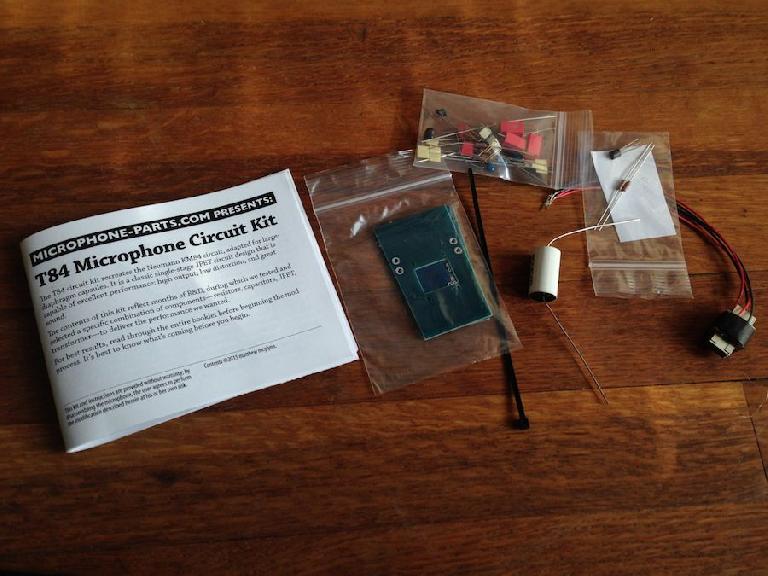 In addition to the mic itself, you also get a swivel mount, and a vinyl carrying case. While I would’ve hoped for something a little more robust, for the carrying—but, hey, it’s a kit that costs less that $400 that might just replicate a very expensive mic—I’ll just make a wooden box, myself, if need be, right?

What’s made me crazy happy was the color photograph itemizing every included diode, transformer, switch and even cable ties. Every page of the manual is bloody thoughtful, from suggestion, to modification details. Really, upon reading the first page of the manual (which, as you can tell, I highly recommend) you already get a sense of the time, research and overall adventure that went into completing the kit. It really does feel like a labor of love that you’d see from a Kickstarter campaign. Except, these aren’t one-offs for microphone-parts.com, this seems to be the bar that has been set. And, I’m most humbled and impressed by it. 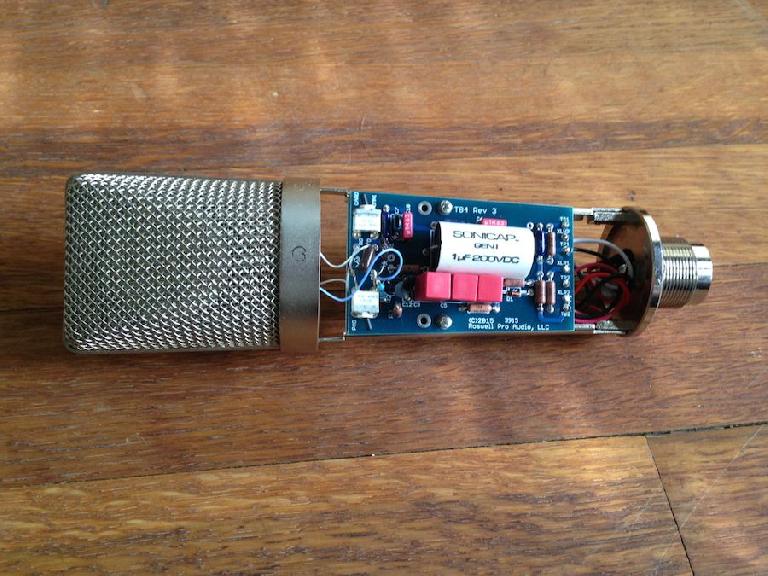 How Does it Sound?

I wanted to give the mic a nice room to be able to hear, for myself, how the mic sounded, and in comparison to another mic of similar quality. Over at Eagle Audio Recording Studio in Fort Worth, Texas, they did have a really nice U87, from back in the day, that I thought would be a nice comparison piece. Granted, this doesn’t prove anything. But, it does give you an idea of the audio quality. I also brought in a really low priced condenser mic, the Samson MTR201, just so we might have another mic from a similar price range.

You (get) not only a great sounding microphone, but also a nice Sunday afternoon session of fun, building a mic.

Initially, I started  with the U87, as it’s a microphone I’ve used a lot, and I’m familiar with the sound. After going back and listening to my first mic test, I decided to plug in the T-47, and try to record as similar of a vocal take as I could from the last. Upon pressing the space bar to stop, I was getting a little nervous to hear playback. “Please don’t suck!” is all that I could hear in my head, right before the first couple of milliseconds audio began.

Strangely, what I heard in playback was so similar to my last recording, using the U87, I had to go back and double-check that I wasn’t playing a U87 recording. Even the waveforms produced were very, very similar. 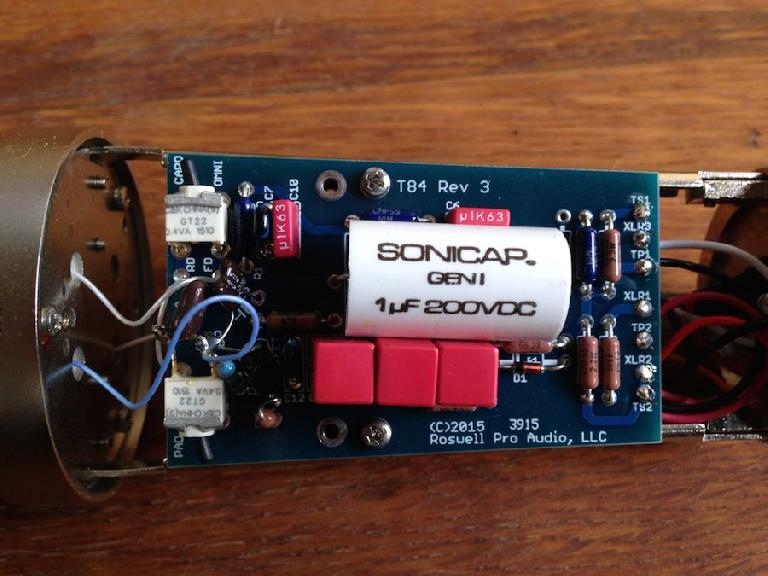 Finally, I set up the Samson MTR201. Again, a microphone that is around the same price as the T-47 kit. And, this is where the difference became very stark, indeed. After listening to the Samson audio playback, then the T-47, then the U-87, I was shocked at the difference. The Samson was far from sounding like either mic. But, in comparison between the Neumann and the Neumann-esque, that being the T-47, it was extremely difficult to tell the difference.

Both mics have a sparkling clarity, and some very enticing low-end body, all at once. In fact, I detected just a hair more body going towards the T-47. Sort of a dark undercurrent that was pleasing to the ear, and only present in the modulation of the voice. Very cool, Microphone-parts.com!

I was really impressed with not only the T-47 mic, itself, but with the package, as a whole. The instructions, attention to detail, along with some really well researched materials will definitely give you not only a great sounding microphone, but also a nice Sunday afternoon session of fun, building a mic, like one might build a model plane. The sound is beyond impressive. And, the look, and quality of the kit is top notch.

Pros: A great mic, and a great kit. Well documented, and I can tell you, the email support is very serious, should you run into a problem.

Cons: Might be difficult for beginner level solder jockeys who aren’t used to adding in a lot over the small PCBs.

the article is nice... but the samples say otherwise. The T-47 sounds boxy next to the U87. It has a serious lack of clarity...
Or maybe it's the mp3 ?

I can't really understand how you could mix up the 2.