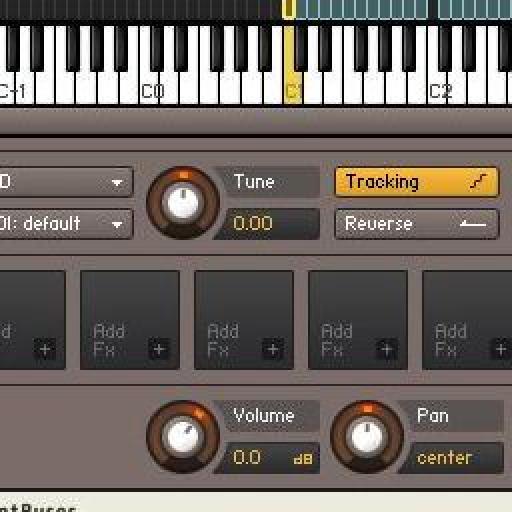 Language
Boxed Ear's M5 sample library for Kontakt got a glowing review from MPV Hub... so how does its latest offering, Sys 100 Analog Sound Set fare? Read more in this in-depth review by GW Childs.

After spending some time with Boxed Ear's M5 sample library for Kontakt, I was really excited to hear that they have a new library covering the Roland System 100. Sample libraries have been a blessing to me, after a few years ago when I had to move halfway across the United States and sell all of my synths. Through sample libraries, I've been able to rebuild digitally what I lost, and save a lot of space at the same time.

As I'm a long time Roland fan, I was particularly excited to sit down with this sample library, for a couple of reasons.

The M5, I felt, was done extremely well and at a very affordable price. Again, I love Roland. Especially, the classic Roland synths.

So, how did they do?

The first place I went to when I got the library up and running in Kontakt was my favorite section- The Processed- Poly directory. I'm a sucker for big, thick pads. However, when I started perusing this section, I have to say I was a little let down. I was expecting some of the lush pads of the M5. However, as a sound designer, myself, it stands to reason that there are always going to be some synths that just don't evoke those kinds of sound. So, I'll cut Boxed Ear some slack there. There are other directories, right?

Moving on, I started hitting the Processed- Mono directory. Now, here's where they were putting their time in. There are some really, really nicely processed basses, arps, and so on that sat really nice in my project immediately. There were some great wobbles in there as well, that were nicely incorporated through key tracking. Thanks on that one Boxed Ear, I'm going to use that trick in the future.

Next, I started looking in to the unprocessed, Raw patches that were included with this directory, as well. Personally, I ended up deciding these were my favorite patches. Not because the Boxed Ear sound designers didn't do a good job with processing in Kontakt. No, they did a great job in creating patches before they reached Kontakt, which is just, if not more difficult.

I'd especially like to give kudos for the Raw Mono patches. There are some great basses in there that sit lovely. Seriously, if your current library isn't to heavy on basses with some nice low end, pick this up. There were a few patches that really did shake the floor without me having to even turn my mains up.

I do need to say also that I wasn't that impressed with the drum patch nearly as much as the M5 drum patch, also from Boxed Ear. But, there again, the System 100 wasn't necessarily known for drums. So, I'm just happy that the sound designers went to the extra trouble to even make a drum patch. Now, the effects patches are actually really nicely done. And, they are a lot of fun to play with. There again, the sound designers were being spoken to by the revered synth in terms of basses, and sound effects. I can respect that.

The Sys 100 Sound Set from Boxed ear, as a whole, is really nicely done. The samples themselves are impeccable, and you really get the vibe that you're, in fact, working with the old synth. But, you aren't having to deal with the dust, and having your living space taken up. It dwells happily inside the silver housing of your laptop. So, when you decide to move across long distances, like I did, you don't have to give up your classic synth.

For the $50 price tag, and the quality of work, I would recommend it!

Check it out for yourself here!