Steinberg's much-loved mastering and wave editing suite gets a facelift as well as some powerful new tools. Hollin Jones puts WaveLab 9.5 to the test.

WaveLab by Steinberg is one of the longest-established wave editing and mastering applications around, and a go-to for many producers and mastering facilities. For years Windows-only, since also coming to the Mac several years back it has been gradually unified in its appearance and the new 9.5 looks genuinely platform agnostic - no longer like a Windows app ported to another platform. You can read our in-depth review of WaveLab 9 here https://ask.audio/articles/review-wavelab-pro-9 but this review will focus on what’s new in 9.5. 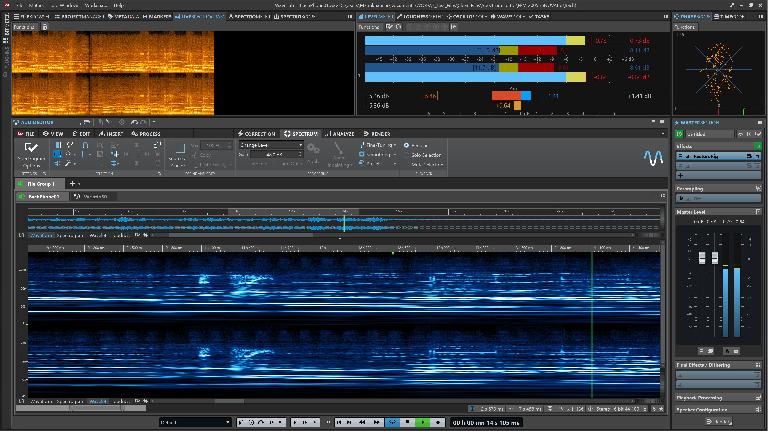 Although the interface can be cutomised in terms of colours, there’s a general paring-down of overtly graphical elements and the app has a slick and professional feel, which personally I prefer - many apps now do this because it makes supporting high resolution displays much easier. Indeed, Hi-DPI is now supported here barring a few legacy plug-ins. Some new features are exclusive to the Pro edition and others common to the Essentials edition too - you can find a detailed comparison here.

First up is an upgrade to WaveLab’s spectral editing tools, with the Spectrogram gaining much more fine grained display options, customisation and new psychoacoustic scales. A new Wavelet display can now show analysis of your audio files based on pitch analysis, and a new Spectrum tab reveals yet more upgraded tools. A Live Spectrogram view now allows you to analyse and examine audio in this view in real time.

WaveLab has its eyes on iZotope’s RX, with new selection tools allowing you to select and magic wand areas of audio based on spectral data, and a new feature called Audio Inpainting. This is able to remove noise by analysing surrounding signal and recreating material intelligently to remove artifacts, repair audio dropouts and more. Like “healing” tools in graphics apps it’s very good - with a little work it’s capable of excellent repair results. 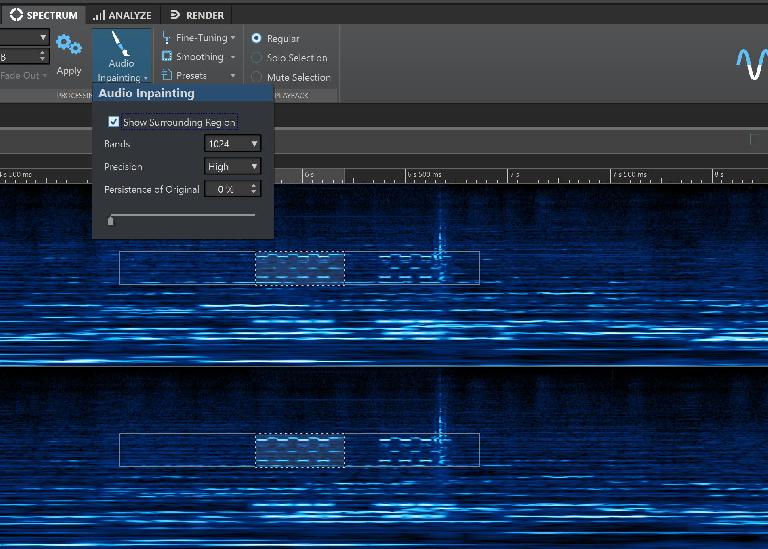 Error correction tools have now been grouped together into a new tab for ease of access, and there’s a new plug-in suite called RestoreRig consisting of Denoiser, DeBuzzer and DeCrackler which do a great job of removing unwanted signal from audio files. MasterRig has also had updates, with tweaks for functionality and there are several new plug-ins: Tube and Vintage compressors, a redesigned Maximizer and AutoPan and cosmetic tweaks to several others. The handy Batch Processor also gets new features, with an audio watermarking option now available. 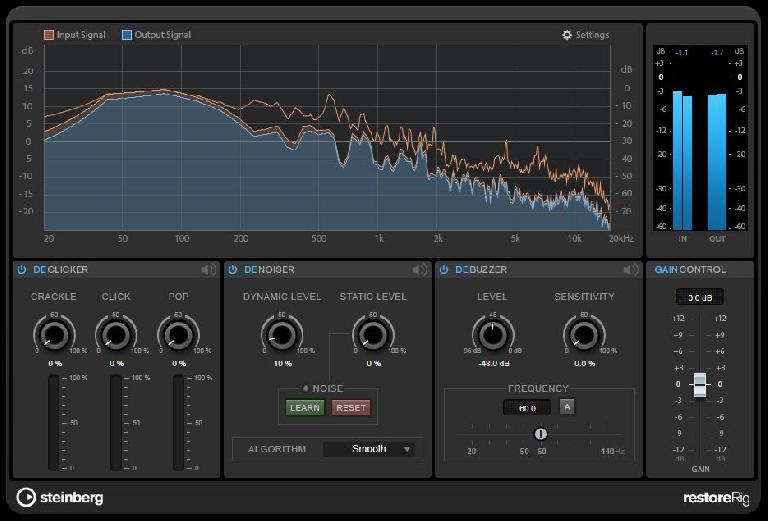 As noted earlier, the application now supports high resolution displays on both Mac and Windows platforms, though not all plug-ins have been updated yet so some will still look a little blurry. There’s Apple Touch Bar support for the latest portables and a free DDP player for mastering engineers to use to check exports before sending for pressing.

WaveLab remains a powerful and professional wave editing, mastering and audio analysis suite suitable for all kinds of users. Home users will likely find the Elements version sufficient - and significantly cheaper - and pro users will welcome the advanced feature set of the Pro version. The upgrades in 9.5 are largely focused on analysis and repair, and bring welcome enhancements in these areas. Other smaller tweaks and upgrades will be useful to a wide range of users. There’s tiered upgrade pricing so owners of version 9 pay relatively little, while owners of older versions pay more but also get software that’s significantly upgraded from what they’re currently running. Overall, a very solid upgrade to an excellent audio package.

Learn more about mastering and Wavelab in the Ask.Audio Academy here.