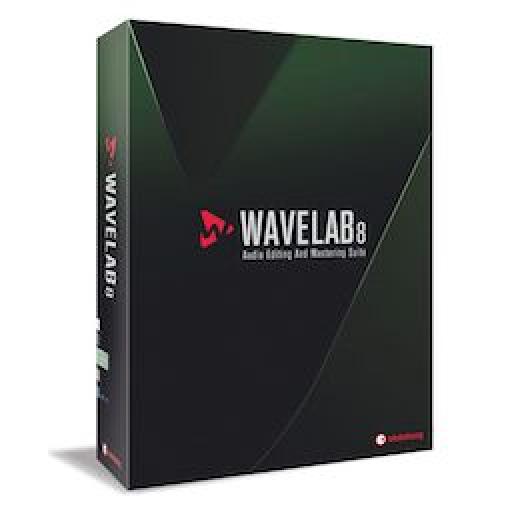 Language
So you want to concentrate on editing audio or mastering a track? Rather than turn to your DAW with all the bells and whistles check out Steinberg's admired WaveLab 8, for Mac & PC.

Steinberg is perhaps best known for Cubase, its flagship DAW, but has also for many years been making WaveLab. This wave editing and mastering application existed for much of its life only on the PC but at version 6 was ported to the Mac, bringing the much-loved software to Apple users, some of whom had kept a PC on hand simply to run it. It’s far more than just a wave editor of course, offering advanced audio analysis and metering as well as multitracking and audio “montage”, a feature particularly well suited to creating podcasts or radio broadcasts.

On a Mac Near You

WaveLab 8 builds on the already excellent version 7 and adds many of the tools that Cubase 7 or Nuendo 6 users might recognize as having been new in their most recent updates. Before we get to those however, a quick look at what’s not changed. The basic approach of the app is broadly similar, and will be familiar to anyone who has used it before. The graphical feel is still very Windows-centric, though this can be changed by switching the look to the “Mac OS” option. This is a result of WaveLab's history as a Windows application and the difficulty of completely rewriting legacy code for a new platform. It won’t bother everyone of course and it’s not a deal-breaker, but for a company that is so good at user interfaces (as a quick glance at Cubase will show), it just seems a shame that WaveLab feels a bit clunky. 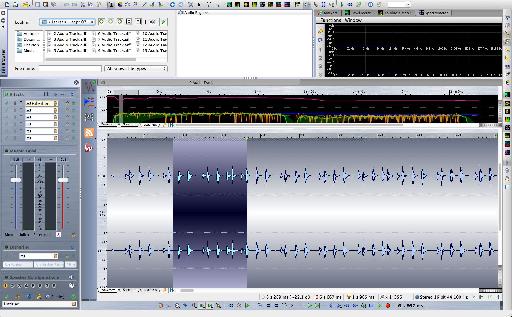 There’s a lot going on in WaveLab. If you switch the look to “Mac OS”, as seen here, things are a little easier on the eye.

It’s also very icon-heavy and the functions of these aren’t always immediately clear, though thankfully there are tooltips. The interface is highly customizable and uses different tricks like tabs, dockable windows and windows sets and even lets you flip between onscreen positions to save your from resizing windows. There’s a fullscreen option too, though on OS X this isn’t quite the same as the system’s fullscreen view so it requires an extra click to come out of it. Again, this is a minor quibble. 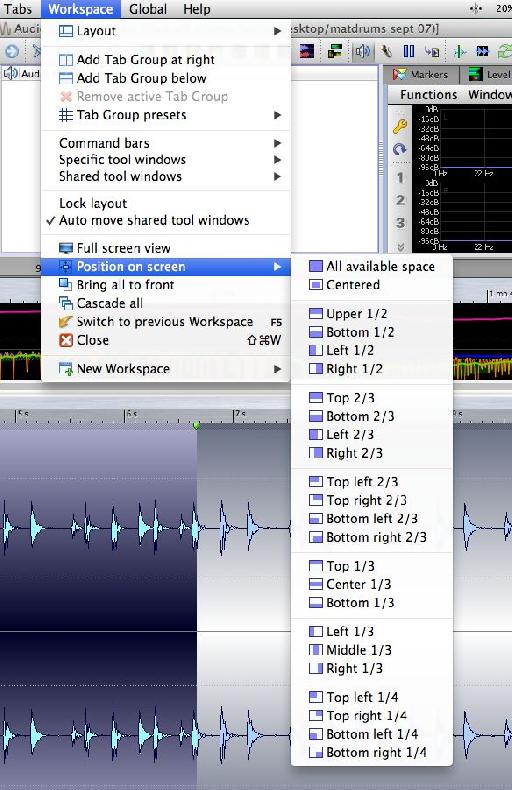 There’s a lot you can do with windows, including telling WaveLab where to live in the context of your computer’s screen.

Once you have loaded one or more audio files into Wavelab, or indeed recorded them directly in, you have a wealth of options available to you as regards editing, processing and analysis. Files can be manipulated in almost any way conceivable, and there’s support for a huge array of import and export formats, batch processing, the ability to export podcasts and even upload directly to SoundCloud. The workings of wave editors may be familiar to many people, so let’s look instead at what’s new in WaveLab 8.

During mastering, auditioning your sound on different speakers is absolutely vital, to ensure that the end result sounds as good as it can on as wide a range of speakers as it can. Usually this means burning a CD and playing it on various systems, or wiring up multiple sets of speakers in a studio. WaveLab 8 supports up to eight speaker setups which can be easily configured in the new VST Audio Connections window, with individual gain controls for each one and up to four-way comparison of audio files with no latency. So once set up, you can try out multiple configurations and audition your master on them without messing about with your hardware at all. The new VST Audio Connections window makes it a breeze to set up multiple speaker configurations. You can then flip between these easily.

Another crucial part of mastering is analysis and loudness monitoring, and WaveLab 8 now has EBU-R128 compliant loudness metering, a new dedicated loudness graph and updated plug-ins to account for these new standards. For anyone working in broadcast media, be it TV, film or radio, this is welcome news since it means you can ensure your output will meet the strict standards of TV or radio stations and sound as good as it possibly can.

There are some new plug-ins too, including Voxengo’s CurveEQ, an advanced EQ module with spectrum matching that allows you to take EQ “prints”, a new Tube Compressor and Steinberg’s new Brickwall Limiter for squeezing maximum gain out of your signal without clipping. The way plug-ins are managed has changed, with a new plug-in chain window for easily setting up chains, which is much quicker to work with than before. There’s also a much improved plug-in setup system, providing advanced options for managing master lists of plug-ins, sets, and categories. In fact it’s now far easier to find and load plug-ins than it was before, which is great news. There’s also now a new dither plug-in from processing specialists Izotope for when you are bit rate converting during export. 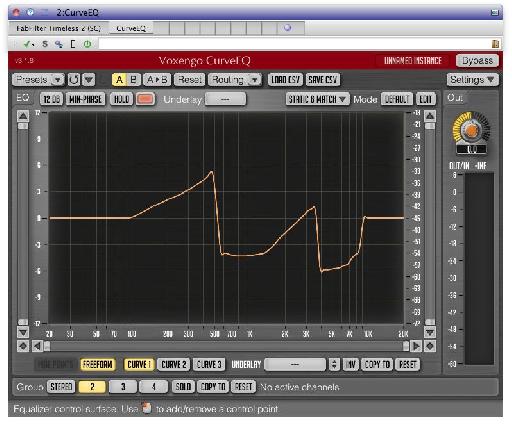 Voxengo’s CurveEQ is one of the new bundled plug-ins, seen here running inside the new plug-in chain system.

It's All in The Edit

Audio editing has been improved, with new features like the Raise Selection option that lets you adjust the level of individual sections of a clip and the ability to process specific regions of an audio file using plug-ins with a single command. General workflow is helped by the new Master Transport Panel, which gathers together the key playback and navigation commands into a single location. Audio Montage has been improved with the addition of SuperClips and a master plug-in section, and there’s support for just about any kind of metadata you could think of, for seamless transfer of material to processing plants or other destinations.

WaveLab is one of a surprisingly small number of cross-platform, fully featured wave editors out there, and it’s still one of the best. Its analysis, metering and monitoring tools are second to none, and arguably the equivalent of spending the cost of the app on third-party analysis plug-ins. The new speaker management and cleaner, friendlier audio I/O setup will be invaluable for any studio with more than one set of speakers, and the improved plug-in management is a definite bonus, addressing one of the areas where WaveLab was a little behind the curve.

The new bundled plug-ins are great too, and all the existing stuff of course remains. It would still be nice to see a graphical revamp, especially given Steinberg’s obvious expertise at interfaces, though it would likely require a lot of work. As it is, there’s a bit of a learning curve involved in familiarizing yourself with where everything is but once you have, you’d be hard pressed to find a more complete and capable tool for working with and mastering audio. There’s an entry-level version available too at a significantly reduced price, though it has a distinctly cut-down feature set to go with it. A detailed comparison is available on Steinberg’s website.