Language
One of the names that's getting more attention in the world of professional DJ turntables these days is Stanton. Sara Simms puts the Stanton STR8.150 decks to the test in a scratch session.

With Technics and Vestax no longer producing decks, the DJ world is in need of a new industry standard for a good quality turntable. Although Stanton has been in the DJ game for quite some time, would their turntables be good enough to fill in the gap that Technics and Vestax have left behind? I decided to give the Stanton STR8.150 a chance and got busy in a good ol' fashioned scratch session. Here's what I discovered...

The STR8.150 weighs in at over 16 kg, which means it's a beast of a turntable. It took some serious effort to carry up the stairs and unpack from the box. The extra weight comes from the heavy duty steel construction, which makes the STR8 feel solid and rugged. Stanton claims that the STR8 has the world's strongest torque motor, which means the speed that the platter revolves at stays consistent when pressure is applied to the platter. 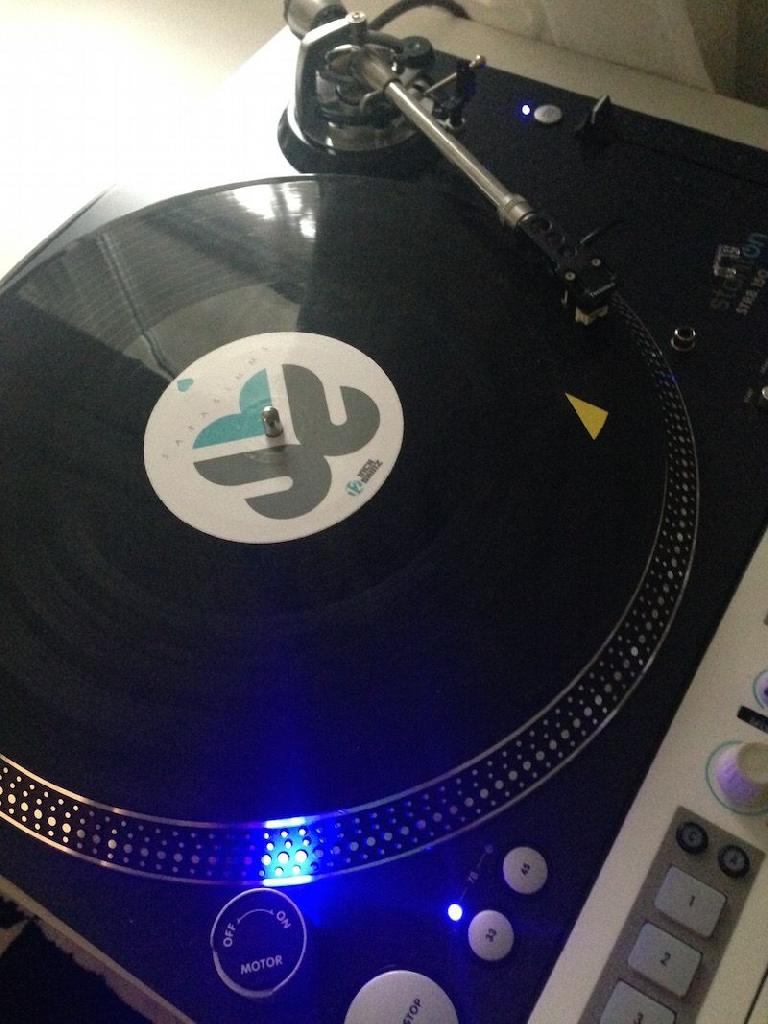 The look of the Stanton STR8 is modelled after the famous Technics 1210, but to me its design and buttons looks more Stanton than Technics. While it does share some similarities from its finish to the design on the silver platter, this turntable has more features and increased pitch control percentages. One major obvious difference from the Technics 1210 is the straight tone arm on the STR8. Many DJs may wonder what the advantages are to using a straight tone arm, versus a S-shaped one. Stanton provides the answer: "The straight tonearm is designed to minimize inward/outward force on the needle. The classic S-shaped tonearm was designed to maximize fidelity, however there is a natural pull toward the center of the record (hence the anti-skip to compensate, which can cause even more skipping during back-cue movements).

The benefit of the straight tonearm design to the DJ is superior tracking, which can also have an added side benefit of being able to use lower tracking force with your stylus.

For DJs who may want the perceived extra fidelity, familiar cue-sticker 'clock' positioning on their records due to the longer length of the tonearm compared to the straight tonearm, or simply prefer the classic look and feel of an S-Shaped tonearm, we also make the ST.150." 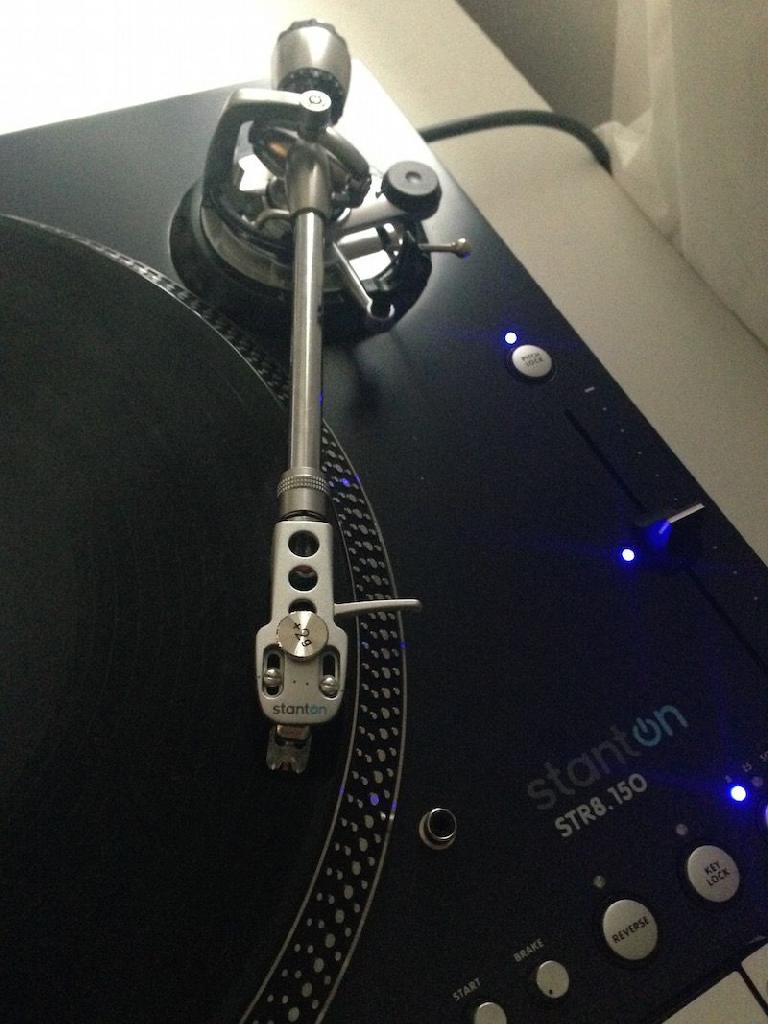 A Digital Turntable? Say what?

The Stanton STR8 is a digital turntable that features an additional S/PDIF output that can be input directly into a sound card. One real advantage that this turntable offers is the key lock, which keeps the key of the record the same even when you adjust the pitch. It's a handy feature for mixing together tracks with different BPMs and if you want to hold both records in their original key.

The STR8 gives DJs a lot of other useful features that both turntablists and mix DJs will appreciate. 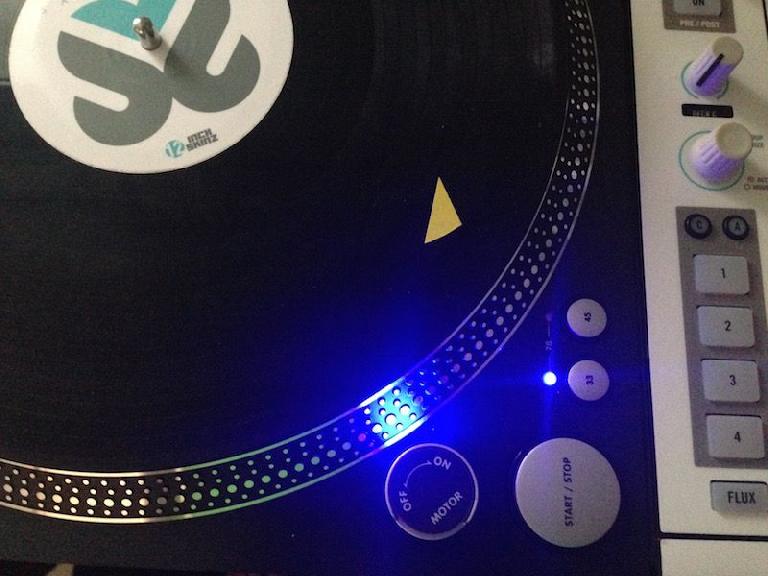 The STR8 gives you the ability to play records at 33, 45 and 78. Record collectors will appreciate the 78 speed addition, which means you'll be able to play all those rare cuts of wax to your heart's content.

These start and brake buttons allow DJs to adjust the speed at which the platter starts and stops. They're handy for creative DJs and adjusting during sets when you want the track you're playing to really slow down. 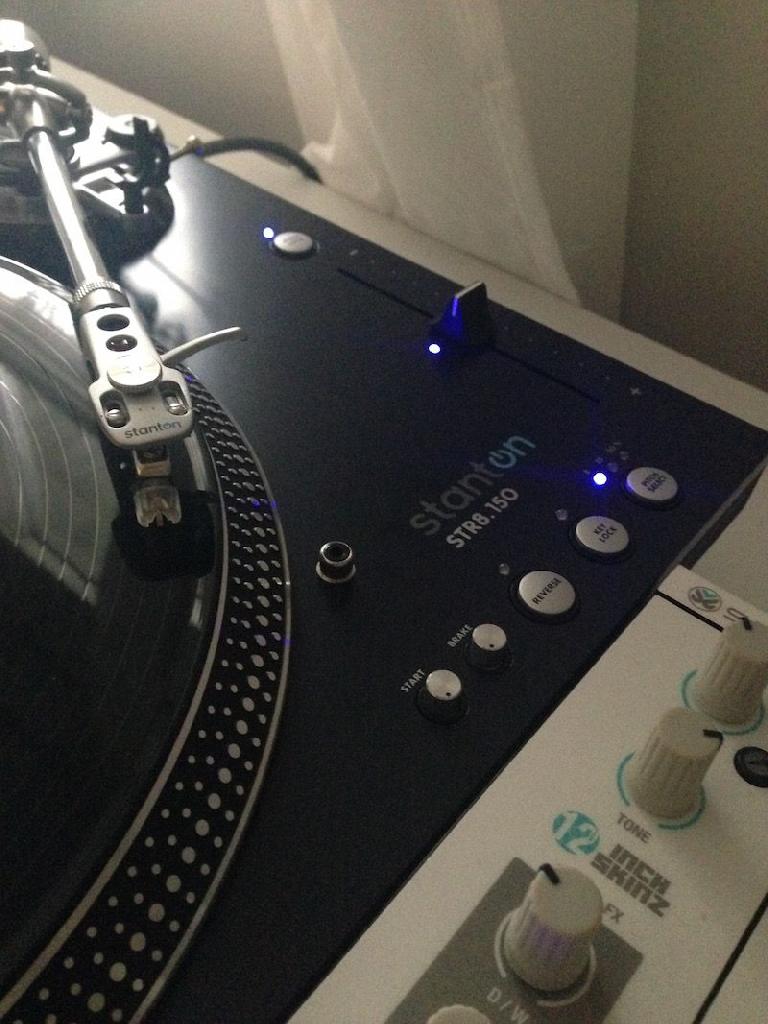 Creative DJs (and those who want to be able to play the subliminal messages encoded in their records) will appreciate the reverse function, which works well and changes direction quickly.

The Stanton STR8 lets DJs adjust the range the pitch select works over from +/- 8%, +/-  25% and +/- 50% on records. This is a great feature for turntablists who like to slow down their scratch samples and was one of the features that I loved so much on my Vestax turntables. It's so much easier to scratch when you can really slow samples down and I was happy to see such a broad pitch range included.

A button above the pitch control enables pitch lock, which means the pitch that's set on the STR8 is locked in place. This is another handy feature to use when you want to maintain the pitch and not accidentally change it. It works the opposite way that you'd expect it to though; when the light (above Pitch Lock) is on, the pitch of the record can be adjusted, and when the light is off, the Pitch Lock is active.

The STR8 includes a removable light. I'm happy to have a light on the deck, as most times working conditions are dim at best. However removable lights can be easily lost and personally I would have preferred to have one that's installed in the turntable. The advantage to removable lights is that they can easily be replaced when they burn out.

It works for scratching, mixing and would be a good choice for any DJ who is looking for a replacement for their favorite turntables that are no longer being produced.

The Stanton STR8 does its job and performs very well. I have to say I was very impressed with the performance and natural feel of the STR8. It works for scratching, mixing and would be a good choice for any DJ who is looking for a replacement for their favorite turntables that are no longer being produced. I would highly recommend trying one of these out at your local music shop and I think you'll be impressed! If Stanton does a good job marketing this turntable, it may even become the new industry standard for the next generation of jocks. 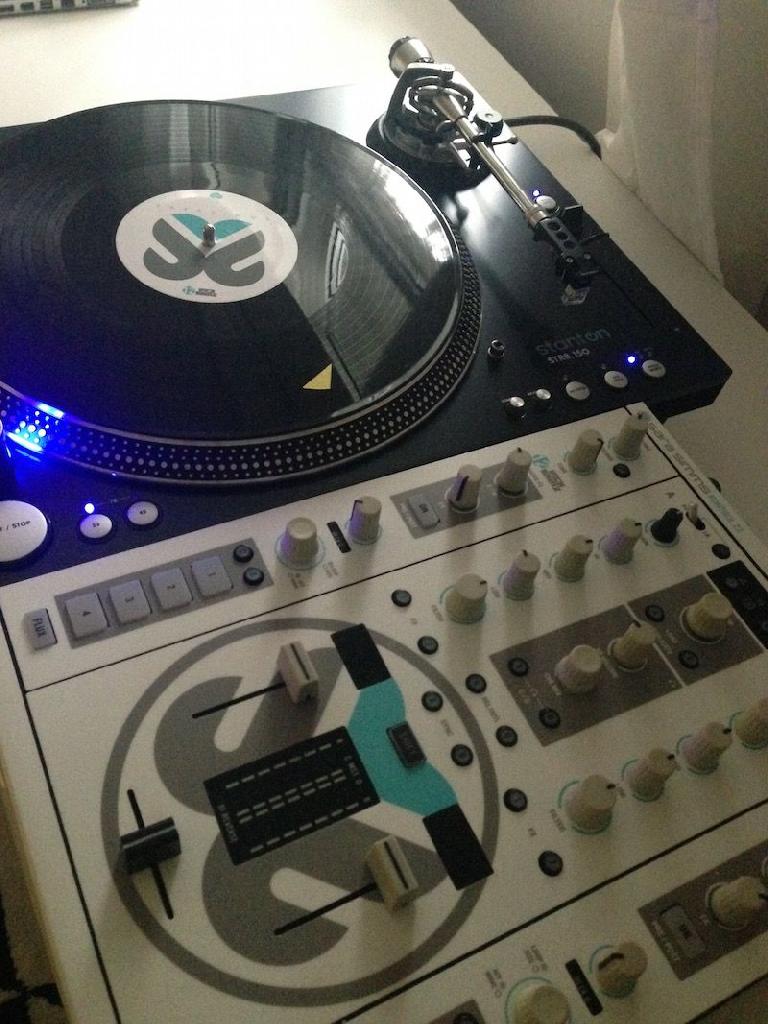 Cons: It's heavy, and not as portable as some to take on the road. Removable lights could get lost easily. You'll need to be dusting the STR8 all the time as there's no cover included.