Language
Have you ever wanted to transform your stereo mix into a full 5.1 surround sound experience? Enter Spatial Audio Designer which can produce startlingly good results with no fuss!

Surround sound has largely been restricted to very few musicians. The main reason for this is quite simple'"we don't all have $4'"10k laying around for software, hardware and speakers that make this possible. It's cost prohibitive to most, myself included. And, even if you have all the gear for surround mixes, you probably wouldn't mind being able to continue mixing in surround, even when you're on the go. New Audio Technology thinks that they've come up with a solution.

Keep in mind, Spatial Audio Designer is not some gimmicky attempt at making your audio bigger. It's a first-rate suite designed to allow you to mix and export professional surround formats that, up until this point, have been largely restricted to extremely expensive plug-ins and DAWs. I'm not even getting into the equipment! 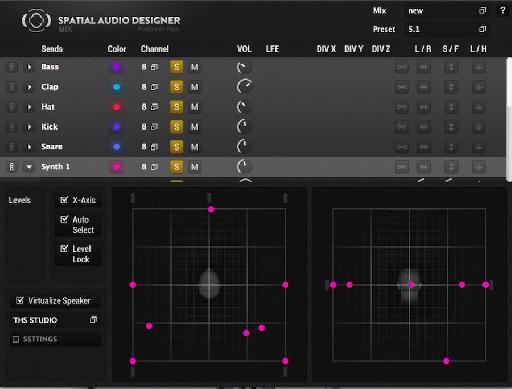 Using multiple '˜Send' plug-ins on each of your tracks, you send and group them to the '˜SAD Mixer'. Once you've got all of your channels going into the Mixer plug-in, you get to start moving each of your audio sources around in a 3D environment. 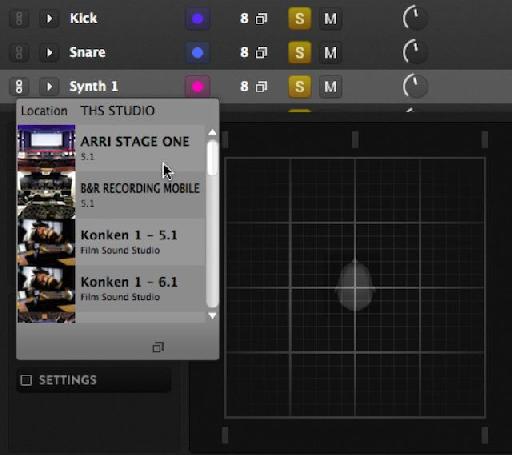 Within the Sad Mixer, you can choose to monitor via headphones, or through your existing speakers. Additionally, and most important, you get to choose the format that you'd like to mix in. IMAX, Auro 3D, 5.1, 7.1, 13.1, even DTS formats are available.

Of course, this begs the question: How do you mix in surround when you are working in headphones? New Audio Technology has a very clever way of tackling this. Through spatialization, you're able to monitor through virtual surround systems, modeled from real world, highly expensive, professional stages and mix down studios from all over the place. You even get the pictures of the studio, along with the speaker placements!

New Audio Technology even offers Spatial Audio Designer Sound Card, as an app for the Mac and PC, that acts as a virtual sound card, wherein you can choose studio environments and speaker sets so that you can monitor surround formats, on the go, through speakers, or a unique Surround Headphone, '˜spatialized' mix.

Setting up and getting SAD up and running wasn't too difficult. Though, I will say that the manual and videos could have been a tad bit more helpful. It's still a brand new company, so I expect this will be improved. Once I was up and running, I was quite pleased to discover that SAD really does work. It does work your processor, but this isn't that big of a deal for final mixdown. Bounce everything out as audio and SAD plays quite nicely. I began mixing one of my songs in 5.1, and was quite surprised at how well it actually works. It really is like those speaker systems are right there, in your head.

Some of the studios that I switched to did add some delay, and reverb-ish effect. Though, these studio presets tended to be the sound stages, intended for foley, and movie mixdowns.

One problem that I found a little frustrating, but not deal-breaking was that because you have to use SAD Send plug-ins to the Mixer, frozen tracks do have to be bounced, otherwise your DAW considers the Send plug-ins as plug-ins that need to be frozen, too. This will not be a problem for someone running a new Mac Pro.

Despite some issues, I was really impressed with SAD Producer, and SAD Sound Card. It was a true treat to get to configure my own song in a 5.1 surround format, and have it sound so nice. Though, my ears are not all ears. Check out what I've done:

Without Surround for Headphones...

With Surround for Headphones...

As you can hear, it's pretty good! Granted, I'm no surround engineer, but SAD does add some nice low-end, spaces things out and really does open it up in the stereo/surround headphone mix. If you see surround in your future for either video games, music, or sheer fun, I would highly suggest trying out SAD. There are demos available and they have an ample amount of tutorials.